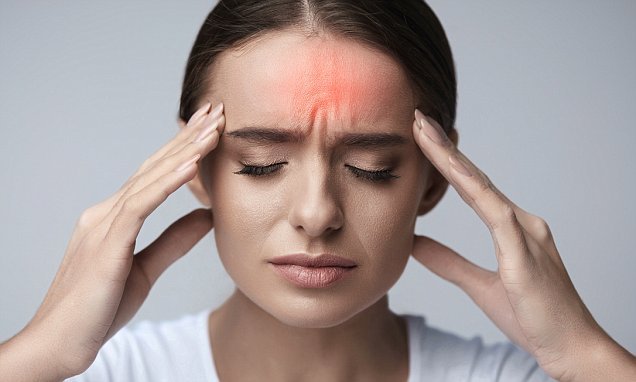 Society’s headache: Migraines cost the UK economy £8.8 BILLION as nearly 75% of sufferers are unable to work during an attack, reveals report

Around 86 million working days are lost each year due to the agonising condition, with nearly £1 billion being spent on healthcare to manage the disorder annually, according to ‘Society’s headache: The socioeconomic impact of migraine’.

Previous research suggests 76 per cent of migraine sufferers ‘always have to lie down’ during an attack, while 73 per cent believe their crippling headaches affect their abilities to work.

Lead author Dr James Chandler, from The Work Foundation, said: ‘Migraine is the most common and disabling headache disorder which affects more than 20 per cent of adults in the UK.

‘The condition is normally treatable if managed correctly, so we are calling for the Government to introduce measures to improve patient care and increase understanding of the condition.’ 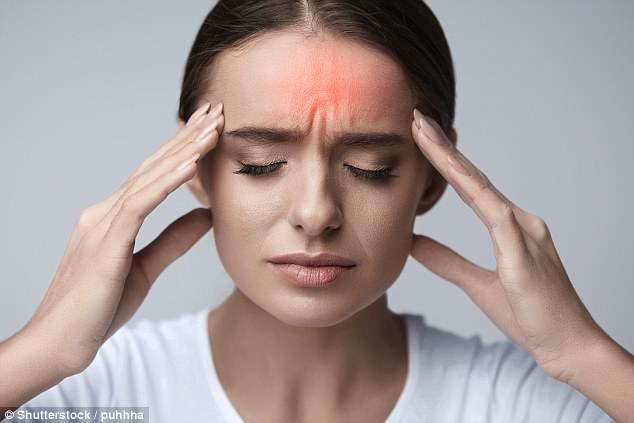 WHAT HELPS TO PREVENT MIGRAINES?

A preference for variation over routine prevents crippling headaches among depression sufferers, a study found.

Yet, neuroticism – a personality trait associated with nervousness and irritability – increases migraine’s risk, the research adds.

‘Our study results could help to provide a better understanding of the biopsychosocial background of migraine, and help to find novel strategies in the prevention of and interventions for [migraine].’

The researchers analysed the relationship between personality traits, depression and migraines in more than 3,000 sufferers of the mental-health condition.

Depression is associated with an increased risk of migraines.

The participants were ranked according to their openness, conscientiousness, extraversion, agreeableness and neuroticism.

Dr Chandler said: ‘[Migraine] tends to affect people between the ages of 15-49, so strikes at a time when people are at their most productive, impacting on their careers, family life and with it, the wider economy.

‘Despite its prevalence and debilitating effects, public and professional understanding of it is generally poor and it is often badly managed by the health system

The report, which was produced based on Public Health England statistics, is calling for better migraine management at GP level, before patients are referred to specialists.

People should also be encouraged to self manage their condition by recognising lifestyle choices that trigger symptoms.

Employers should also allow migraine sufferers to work flexibly, such as from home, to minimise their risk of an attack without being unnecessarily  ‘singled out’, the report adds.

The cosmetic procedure prevents headaches in people who have suffered crippling pain for up to 20 years, a study by the SO-EP Aesthetic & Plastic Surgery Clinic, Turkey, found.

After undergoing hair transplants, migraine sufferers who experienced agonising discomfort for up to four hours, several times a month, no longer require any pain-relieving medication, the research adds.

It is unclear how hair transplants prevent migraines, however, it may be linked to the surgery destroying nerve endings in the scalp, reducing signals that trigger such pain.

Everton striker and former England footballer Wayne Rooney underwent a hair transplant at just 25 years old in 2011 after he started to go bald.

The father-of-three, who is married to Coleen Rooney, is thought to have spent around £30,000 on subsequent procedures at London’s Harley Street Hair Clinic.