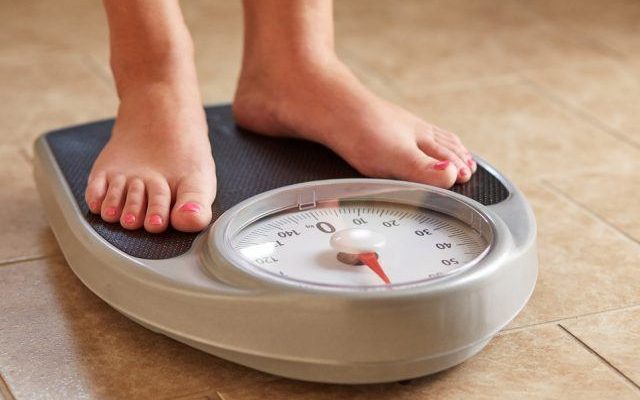 We’ve all been there: A big event or vacation is mere weeks away, and the goal of getting in shape just hasn’t happened. And while you can’t lose a pants size or develop six-pack abs overnight, there are some tweaks you can make to your daily routine that will quickly help you look your best.

By now, everyone knows that crash diets don’t work (and some are downright dangerous). But the good news is, some of the “get into shape quickly” tips actually work. Use these tips and tricks to see a noticeable difference.

The difference between weight loss and fat loss

Consider these ideas as a healthy jump start to quickly lose a few pounds.

If you want to transform your body, say no to high calorie processed foods. Even if you keep your calories low, a meal from a drive thru has enough additives and sodium to cause some serious bloat. Plus, these foods can zap your energy and leave you too fatigued to exercise.

Detox water works in a pinch, but you shouldn’t rely on it for long-term weight loss. | HBO

If anyone understands weight loss, it’s celebrity trainer Jillian Michaels. Her detox water is simply a mixture of 64 ounces of filtered water, lemon juice, natural cranberry juice, and dandelion tea. Drink 64 ounces of her diet drink for seven days and you can lose up to five pounds of water weight.

It’s important to note that Jillian doesn’t recommend using this as a cleanse — this detox water is meant to be consumed with a healthy diet.

Indulge in a hearty breakfast and a sensible dinner. | Bhofack2/iStock/Getty Images

The body digests food more slowly at night, so go for something like a chicken salad with healthy fats (like avocado and olive oil) to keep you full and send you off to a sound slumber.

4. Say no to soda and alcohol

Nix these drinks — your gut will appreciate it. | Naikon/iStock/Getty Images

Your weekly wine and cola habit can be part of your healthy lifestyle (in moderation), but for fast weight loss, you’re going to have to say goodbye. Cutting out soda helps you instantly cut calories and banish bloat — and since the carbonation can trick your body into thinking you’re full and lead to overeating later, you’ll be doing yourself a big favor.

If you’re a drinker, cutting out alcohol permanently isn’t a feasible solution. But since your frequent happy hour habit can wreak havoc on your weight loss, bid the bottle a temporary adieu.

5. Exercise with weights AND do cardio

Cardio itself won’t be enough to tone your body. | Halfpoint/iStock/Getty Images Plus

Everyone has an opinion on which exercise method works best, and it seems as if there is a never-ending battle between cardio and weights. Cardio torches calories, and lifting weights builds fat-burning muscle. For best results, do both.

Pick up your gym’s class schedule and try something new. | Dolgachov/iStock/Getty Images

Since humans are creatures of habit, it’s natural to gravitate toward the same treadmill or pilates class you’ve been going to for years. But if you want new results, try something new, and make it intense. You might decide you hate Bikram Yoga, CrossFit, or Zumba after a month, but you just might love it — and either way, you’ll notice a difference.

Getting a good night’s rest will keep you fit. | Marjot/iStock/Getty Images Plus

A study at Columbia University showed that people who sleep less than seven hours per night gain more weight over time and struggle to slim down. As if that wasn’t reason enough to go to bed earlier, getting enough rest also curbs your late night snacking and leaves you feeling refreshed, which will really help your workouts. Getting enough sleep is just as important as eating right and exercising.