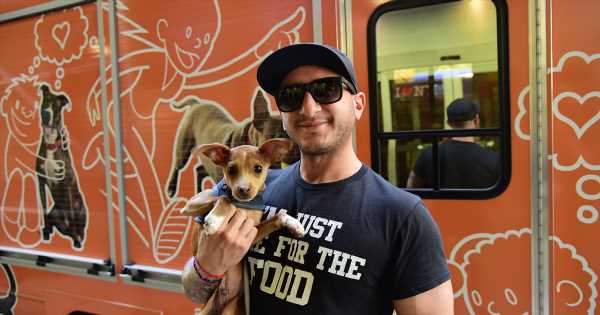 Stefano A. of Manhattan had been browsing the ASPCA website in search of a canine companion when photos of a Yorkshire terrier caught his eye.

“I was planning to adopt that dog, but when I visited the ASPCA Adoption Center two days later, the staff brought out a three-month-old puppy named Curry, and he ran right toward me,” Stefano explains. “I just couldn’t say no to that face.” 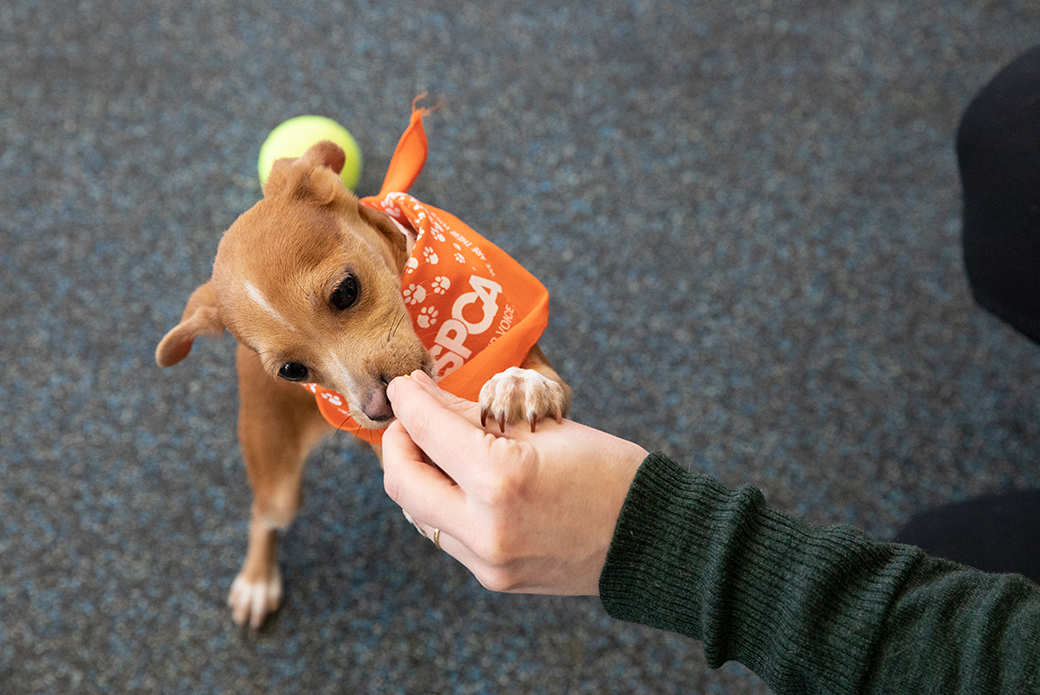 Curry had been transported to the ASPCA just a day before alongside Apple, the 100,000th dog transported by our Relocation team during a milestone moment. Curry, incidentally, was number 100,001. 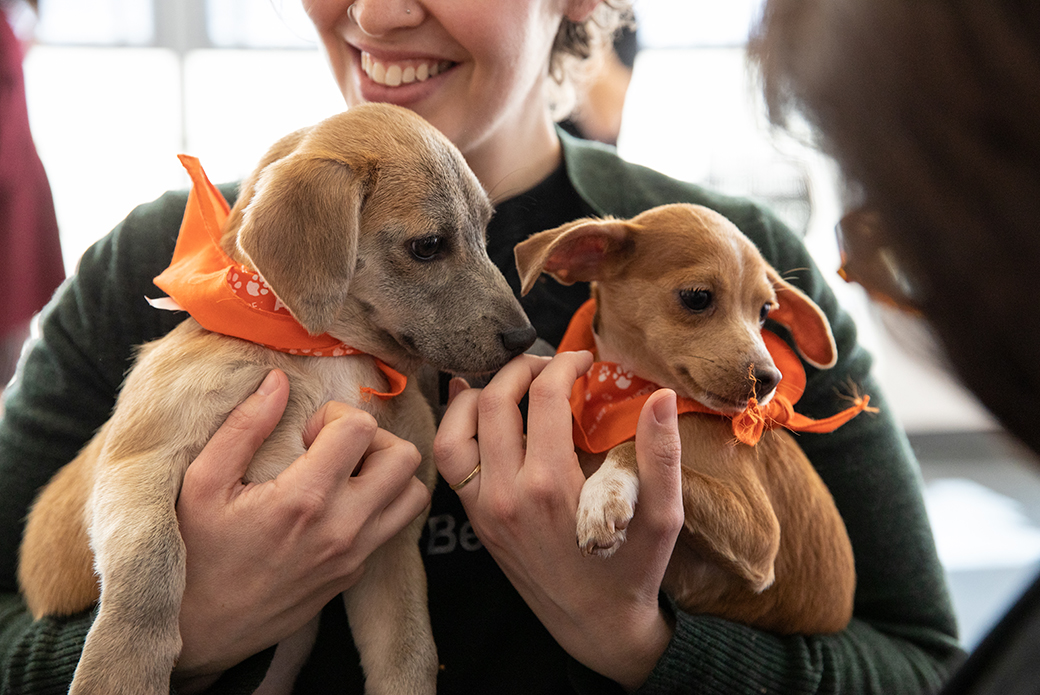 “I hadn’t had a puppy in a while, and I’m by myself a lot,” says Stefano, who works in the restaurant/hospitality industry. “I have a lot of free time on my hands, so the timing was right.” 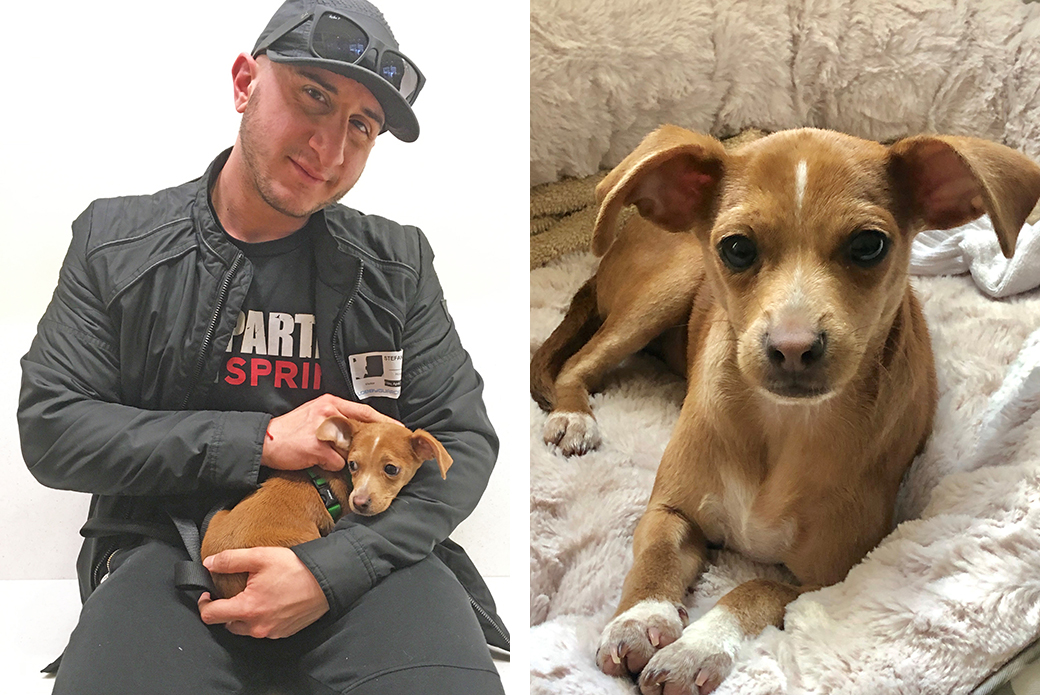 Oliver’s earliest known whereabouts were as a stray near Starkville, Mississippi, where he was found and taken to the Oktibbeha County Humane Society (OCHS). Oliver was fostered with Apple for a short time until he was healthy and ready for the 1,100-mile transport to New York City, where he and his travel companions would hopefully have a better chance at finding loving homes quickly.

On April 3, Oliver was one of 20 dogs aboard the Nancy Silverman Rescue Ride on his way to New York , where the celebrated cargo was met with great fanfare.

After joining his new home, Oliver spent his time enjoying daily walks to a local park, where he disregards dogs his own size but, according to Stefano, takes a special interest in large breeds like Golden Retrievers.

Stefano, who grew up in Miami with a German Shepherd-mix and a Fox Terrier, recently relocated to Florida—with Oliver, of course—to be closer to family. 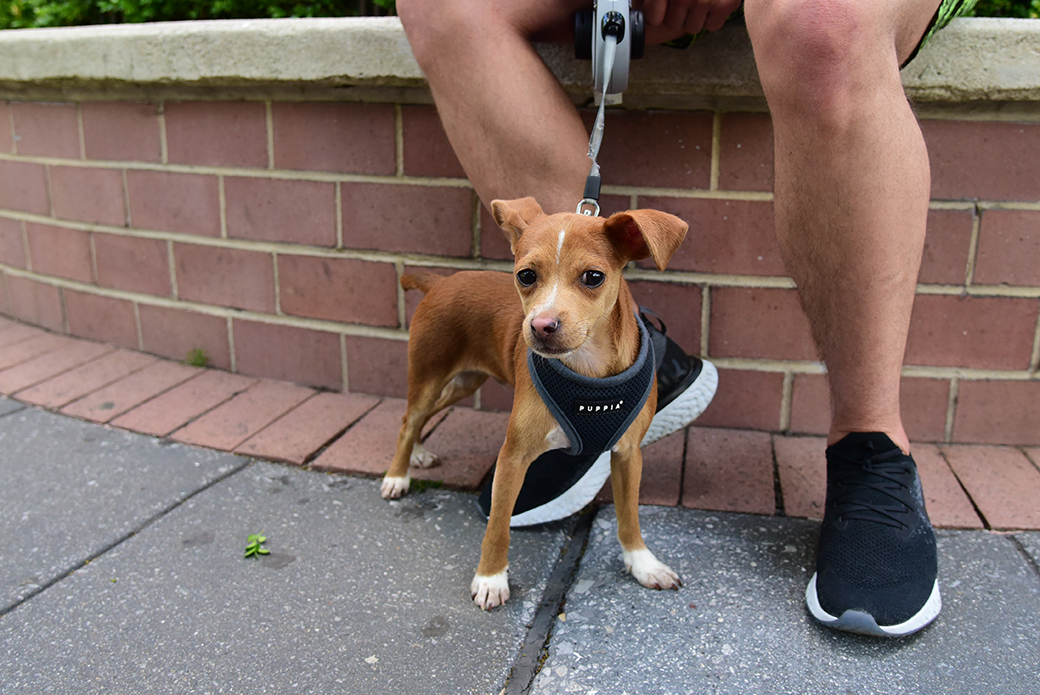 Stefano also reports that Ollie is nearly housebroken and learning to walk on a leash. The dog he had originally planned to adopt found a loving home with someone else, and when asked if he still thinks about the Yorkie that got away, Stefano shakes his head.

“It’s just nice to have a companion at home,” he says. “Ollie’s definitely loving Florida. We moved over to South Beach and he’s definitely made way too many friends down here!”

The ASPCA celebrates every moment, big or small, in which a once-homeless animal finds a loving family and a second chance. We are grateful for adopters, volunteers, partners and supporters who make more of these moments possible.