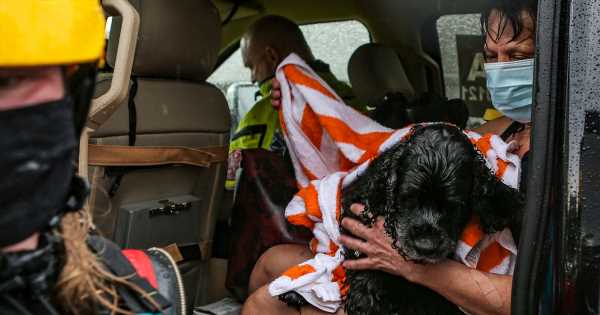 As damage from Hurricane Ida brought water pouring into Anita K.’s mobile home through her collapsing roof, she sat in the dark with her 16-year-old Cocker Spaniel, Cici, and her four cats.

Ferocious Category 4 winds pounded the trailer, and soon, the water began to rise outside her home, trapping her inside. Anita, 61, and her pets survived the 12-hour ordeal, which struck Louisiana just before noon on August 29. But the storm left the inside of her home soaked and destroyed most of her belongings.

“Almost immediately, the power went out,” says Anita, a retired pet groomer who lives in Lafitte, Louisiana, an unincorporated community 30 miles south of New Orleans. “The water rush came so fast. I had nowhere dry to sit or lie down. Katrina wasn’t this bad. It was just an awful experience.”

Trucks and boats passed by Anita’s home every day to evacuate people, but she wouldn’t budge without her pets. 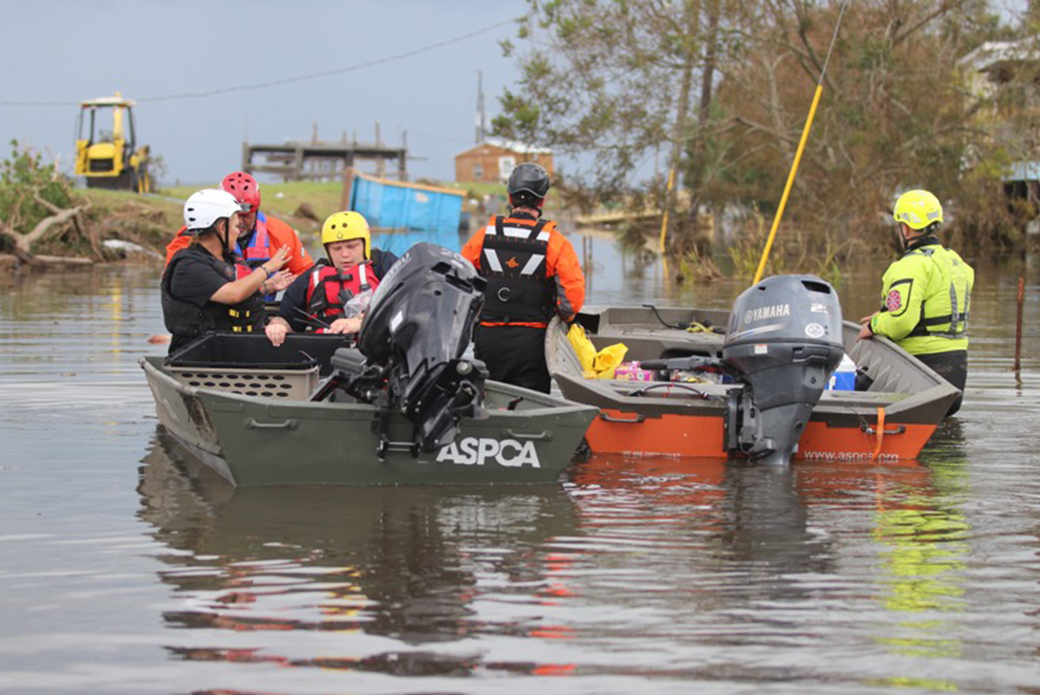 A Rescue and Relocation

On September 1, Anita spotted the ASPCA’s animal rescue boat from her window. She ventured outside, wading in waist-deep water, shouting to get the attention of Tim and Jennifer Gardner, Senior Program Manager of Disaster Response & Risk Reduction for the International Fund for Animal Welfare (IFAW). Jennifer followed Anita back to her house while Tim and his crew rescued animals from another home before returning to Anita. 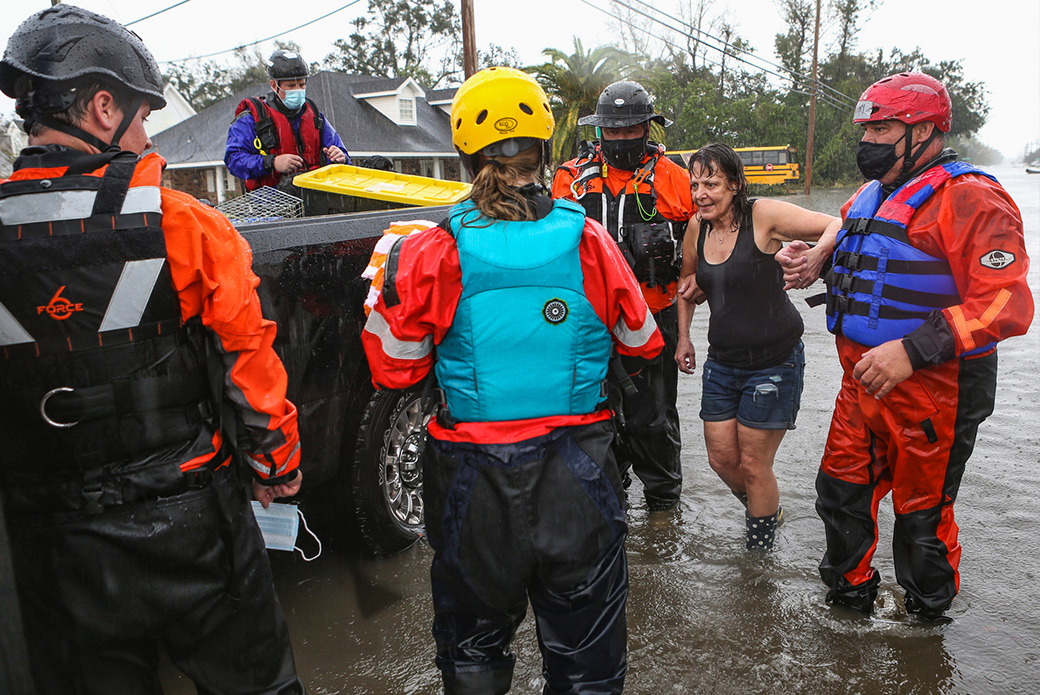 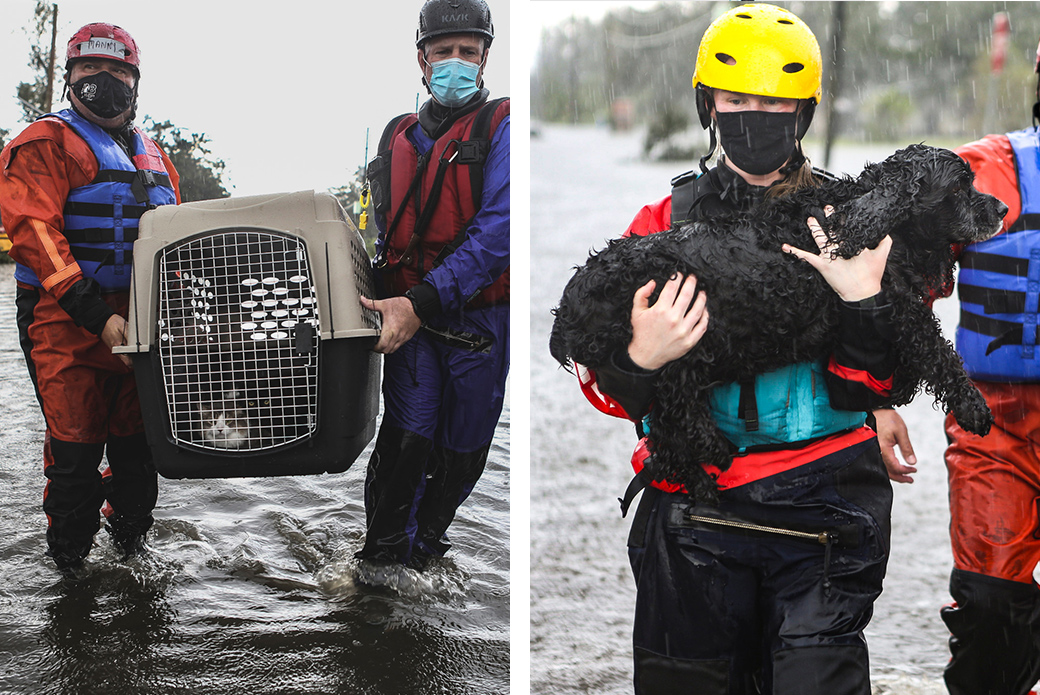 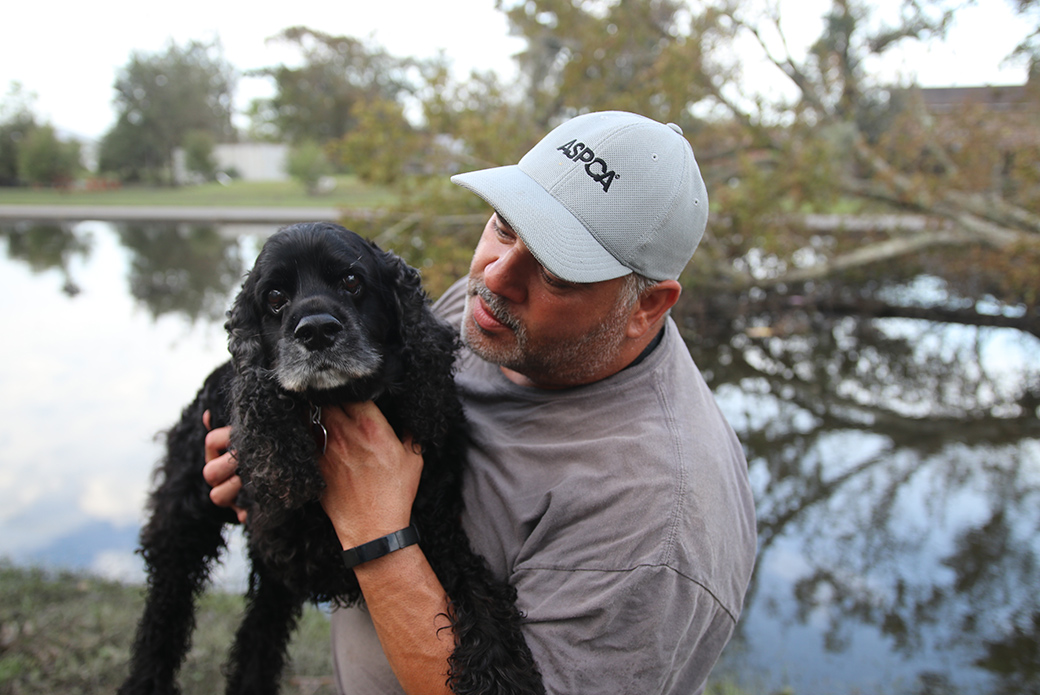 Shelter Life for Anita and Cici

While Anita wasn’t allowed to constantly care for CiCi at the shelter, she could visit her dog twice a day.

“I saw other pets in that shelter, and I realized, that’s why their people were there,” says Anita. “They needed to have their pets with them. The folks running the shelter were great.”

After four nights and five days, Anita left with Cici to pick up her cats and head home.

As much of New Orleans returns to its pre-storm condition, Anita—and all of Lafitte—are still struggling to dig out from Ida’s wrath. Black mud and debris cover the streets and yards, and Anita spends at least eight hours a day cleaning her home.

“The day we got back, CiCi was so hot that he was barking,” Anita says.
“The heat and humidity, I couldn’t take it. I’d wet down Cici and myself constantly.”

A recent cold front has given residents a break, and Anita’s electricity has been restored. Her boyfriend, Bobby, is fixing her roof.

Anita is surprised that Cici, whom she’s had since he was a puppy, survived the ordeal.

“He’s still hanging on, but I think he’s hanging on for me,” she says. 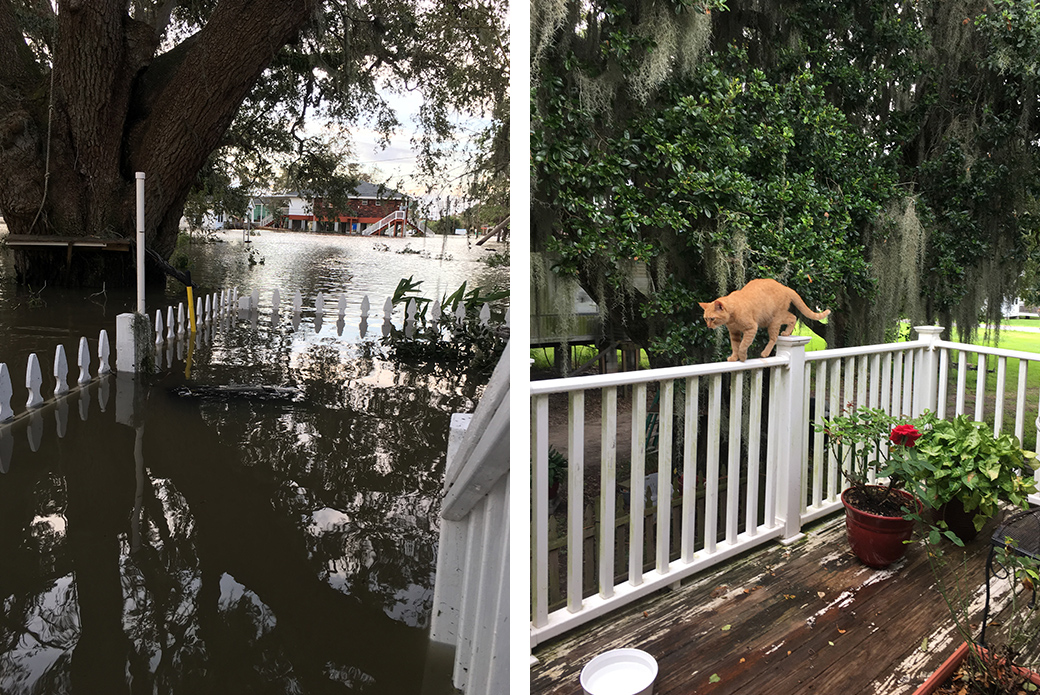 “They were all waiting for me when I got back,” she says. “Even Leonardo, who was stuck behind insulation in another trailer for five days.”

A lifelong animal lover, Anita is originally from Trenton, New Jersey, but grew up in the Lafitte area. Her pets have always provided her with support, especially after her 19-year-old son, Daniel, died in 2001.

“It’s taken many years to learn how to live since then, but my animals helped me survive,” she says.

In the aftermath of Hurricane Ida, Anita is grateful for the compassionate ASPCA and IFAW rescuers who saved her and her pets.

“You helped me, encouraged me, in my time of need—both physically and mentally,” she says. “You didn’t even know me, but you welcomed me and my animals. After such an ordeal, I think, ‘We’ve come this far, so we’ve got to keep going.’”

In response to Hurricane Ida and Tropical Storm Nicholas, a team of ASPCA relocation and disaster response experts remain on the ground in South Louisiana and have provided emergency relief efforts for nearly 1,500 impacted animals through pre-and post-storm evacuations of homeless cats and dogs, water and land search-and-rescue, emergency sheltering, and petfood distribution. In addition to boots on the ground efforts, the ASPCA will be awarding $1 million in grant funding to authorized disaster response agencies providing direct support to companion animals, equines, and their owners in communities currently or recently impacted by or at high risk for catastrophic natural disasters.