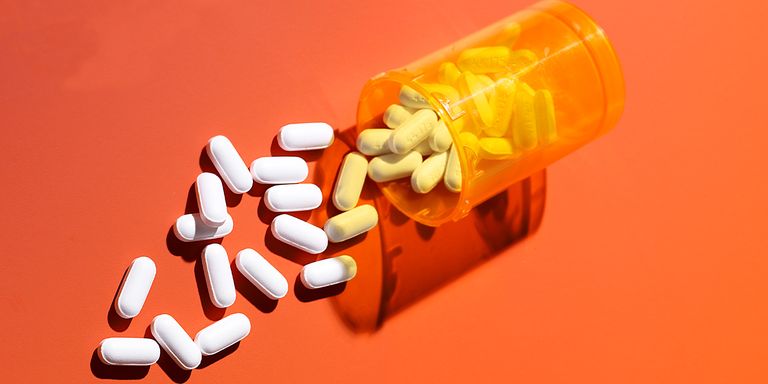 Fidgeting, restlessness, inattention—all are symptoms of attention deficit/hyperactivity disorder. So it may seem counterproductive (to say the least) to take a stimulant to manage ADHD.

But that’s exactly what Vyvanse is.

The amphetamine stimulant—which is similar to Adderall—can help control ADHD symptoms like the inability to pay attention or stay focused, and curb constant fidgeting, says Beth Donaldson, M.D., medical director at Copeman Healthcare Centre in Vancouver. It can also be used in conjunction with behavior therapy and interventions.

Vyvanse is also used to treat binge-eating disorder, which is characterized by episodes of extreme food consumption and a feeling that the overall consumption of food cannot be controlled, according to the National Institute of Mental Health.

Vyvanse affects dopamine levels in the brain—which may be the root of the symptoms in both ADHD and BED, says Donaldson.

“Dopamine plays an important role in reward, motivation, learning, memory, and movement,” says Donaldson. “In both ADHD and BED, amphetamine stimulants like Vyvanse work to restore the balance of low dopamine levels in the brain.”

So yeah, Vyvanse can be very helpful for a lot of people—but that doesn’t mean it comes without risks. Here are a few things you need to know about common Vyvanse side effects before you dive into the medication (or, if you’re already taking it).

According to Donaldson, any drug that alters your neurochemistry can cause nausea, vomiting, and dizziness, though these usually resolve within the first week. “Talk to your doctor about taking it with or without food, or changing the timing of the dosage (from morning to evening or vice versa), to see how that affects you,” she adds.

Stimulants like Vyvanse can have a drying effect on the body, including the gastrointestinal system, making it hard for you to have regular bowel movements, says Donaldson.

To help, she recommends increasing your hydration and fiber intake, exercising more often, and possibly taking a magnesium supplement (after clearing it with your doctor, of course). If you’re also experiencing dry mouth, then lozenges and gum can bring relief along with hydration, she adds.

3. You have trouble falling asleep.

Vyvanse is a stimulant that lasts 24 hours, so some people find it disrupts their sleep cycle, says Donaldson. If you are having trouble sleeping at night, she recommends taking your dose in the morning instead.

But, while sleeplessness is a side effect for some people, she notes, others find it easier to fall asleep because the medication has quieted their inattentiveness or urges.

4. You don’t clean your plate.

“You might notice that you’re not finishing your full plate of food, or that you’re skipping meals or desserts,” says Donaldson. “This is a natural side effect than can be a bonus for those with BED, but it’s an issue for underweight people taking Vyvanse for ADHD.” As a result, Vyvanse is usually not prescribed to patients who are underweight.

5. Your doctor says you have high blood pressure

An increase in blood pressure may happen on Vyvanse because of the way it stimulates the nervous system, says Donaldson. Ideally, you should have your blood pressure checked before and after taking Vyvanse (you can monitor it at home too, if you have concerns).

If you’re taking Vyvanse and have high blood pressure, make sure to check in with yourself every so often to gauge how you’re feeling. “With really high blood pressure, you could experience a headache or vision changes, or a general feeling of being unwell,” says Donaldson. In that case, you should give your doctor a call.

A general unease or anxiousness is common within the first week of starting Vyvanse, says Donaldson, which is typical for ADHD medications as well as ones used to treat anxiety and depression. But if those feelings persist for longer than the first week or become intense, making it difficult to function normally, consult your doctor.

Like many of the other side effects, a headache may be common within the first week of starting Vyvanse due to its effect on the body’s neurochemistry. Donaldson reminds patients to stay hydrated and take Advil or Tylenol if needed, as long as no other medications or conditions restrict you from taking pain meds.