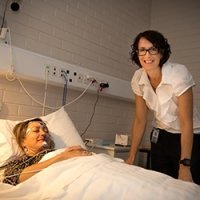 In a world-first study, researchers at The University of Western Australia will examine the effect medicinal cannabis has on adults suffering from chronic insomnia.

Around one in three Australians has regular difficulty getting to sleep or staying asleep and it is believed the sedation effect brought on by medicinal cannabis could be an alternative treatment for those experiencing the condition.

The study will be coordinated through the UWA Centre for Sleep Science using a cannabinoid extract provided by Zelda Therapeuatics, an Australian medical research and development company.

“Prescription medicines such as benzodiazepines (e.g. Temazepam), non-benzodiazepine hypnotics (e.g.Stilnox, Sonata, Imovane) and some antidepressants and antihistamines can have unpleasant side effects and when used long-term can result in dependence and withdrawal symptoms,” Professor Eastwood said.

“Based on previous research we believe a small dose of medicinal cannabinoid may be effective for treating chronic insomnia and have fewer side effects than current drug treatment options.”

The study involves participants taking either a medicinal cannabinoid for two weeks or a ‘placebo’ with no active ingredients and then completing a series of assessments and questionnaires relating to how they slept.

The participants will then crossover the medications for another two weeks and return again for the same assessments. They won’t know the order in which they receive the ‘active’ or ‘placebo’ medication.

The medication is in an oil formulation which is administered through a dropper under the tongue one hour before going to bed. The quality of sleep is then measured with a wrist-based activity monitor as well as three overnight sleeps in the sleep centre.

“The use of medicinal cannabis for treating conditions such as epilepsy and chronic pain is reasonably well documented, however its use for treating insomnia is considered experimental,” Professor Eastwood said.

Zelda Therapeutics Executive Chairman Harry Karelis said it had been a very rigorous process but they were now well positioned to undertake a clinical trial of this nature in Australia.