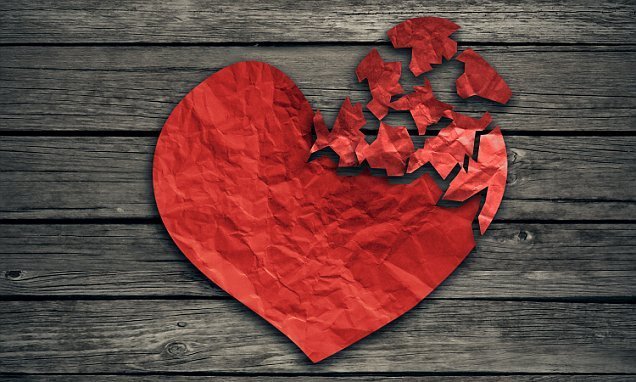 You CAN die from a broken heart: Widows have 40% higher risk of death in the first six months after losing their spouse

A widow’s risk of death can rise as much as 41 percent within the first six months of losing their loved-one, a new study from Rice University in Texas has revealed.

The small study adds to our current understanding of how grief affects our health, and may open the door to more effective interventions for the recently bereaved.

Losing a spouse is a stressful situation, and it’s commonly noted that this stress can have adverse effects on the health of the living partner.

For this reason, the world held its breath when former president George HW Bush displayed signs of failing health only weeks after the death of his wife, former first lady Barbara Bush. Bush is now recovering from his health scare, but his case is not isolated.

Now, new research suggests this link between poor health and recent bereavement is not simply a coincidence but may have a biological explanation: while the idea of health repercussions of a broken heart is not new, this is the first study to link bereavement to higher levels of cytokines and lower heart rate variation. 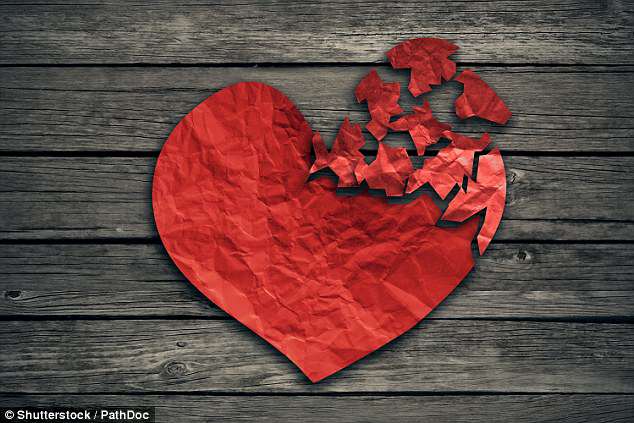 Scientists at Rice University in Texas found an unprecedented link between recent loss of a loved one and increased inflammation and lower heart rate, driving up the risk of death from cardiovascular disease

It appears that the loss of a spouse has measurable effects on the living partner’s health, and can increase their own risk of death not long after.

‘In the first six months after the loss of a spouse, widows/widowers are at a 41 percent increased risk of mortality,’ said Chris Fagundes, an assistant professor of psychology in Rice’s School of Social Sciences and the study’s lead author.

‘Importantly, 53 percent of this increased risk is due to cardiovascular disease.’

Researchers from Rice University in Texas analyzed the health of 32 individuals who had lost a spouse within an average of 89 days from the start of the study. The researchers also analyzed 33 healthy aged-matched controls. Both groups received a blood draw, an EKG, and completed self reported questionnaires. Seventy-eight percent of the volunteers were women and the remaining 22 percent were men.

The team specifically looked at the volunteers’ levels of pro-inflammatory cytokines. These molecules serve as a biomarker of inflammation, and are released into the bloodstream in response to infection and other signs of inflammation. The team also measured the volunteers’ heart rate variability. This is the measurement of time between each heartbeat and is used to measure any cardiovascular abnormalities.

Results revealed that the recently-widowed displayed more biological signs of poor health than the control group.

In addition to the physical indications of poor health, levels of depressive symptoms were 20 percent higher in the recently-widowed than in the control group.

Dr Ellen Carni, a psychologist in New York who specializes in helping patients deal with grief and bereavement, explained that she was not at all surprised by the study results.

‘Within the mental health field, I think it is fairly well acknowledged that new widows and widowers who were with their spouses for many years can be at risk for health problems,’ Dr Carni told Daily Mail Online.

According to Dr Carni, these health problems can arise suddenly and their severity often depends on the quality of the relationship between the spouses and the resilience of the widow.

‘Certainly, I’ve have seen widows develop health problems either fairly quickly after the loss of their spouses in older widows who have been married for many years,’ said Dr Carni.

‘I have even seen them develop health problems while the spouse was still alive if the spouse’s health is declining and the woman (I’ve seen it in men, too) anticipates becoming a widow.’

The association between recent bereavement and heart health risks is also not surprising. For example, broken heart syndrome, officially known as takotsubo cardiomyopathy, is an illness associated with severe emotional stress including the sudden loss of a loved one.

In this illness the heart is also affected, and the left ventricle weakens and can no longer pump blood throughout the body as effectively. Scientists believe this weakening is caused by a sudden surge of hormones, but the exact cause remains unclear.

The Rice University scientists hope their research on the effects of grief on health will lead to better interventions for the recently widowed.

As scientists work to create these interventions, there are still steps the recently widowed can take to lessen the adverse health effects of their bereavement.

‘If a spouse knows that his/her partner is terminally ill they can go to support groups even before their partner has passed away,’ said Dr Carni.

‘There are many caregiver support groups in the community, through churches and synagogues, for example, as well as those run privately by mental health professionals.’