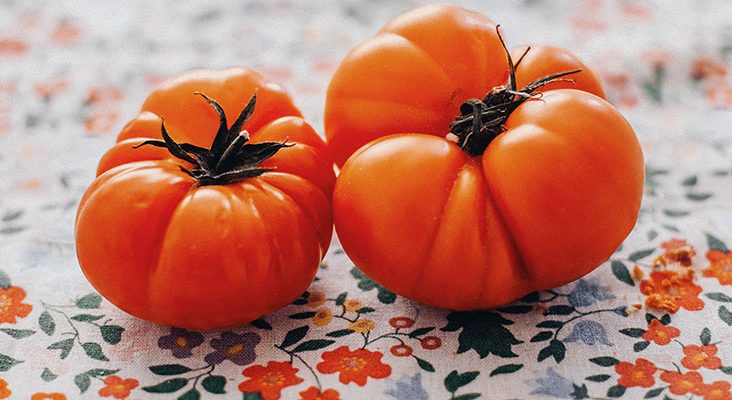 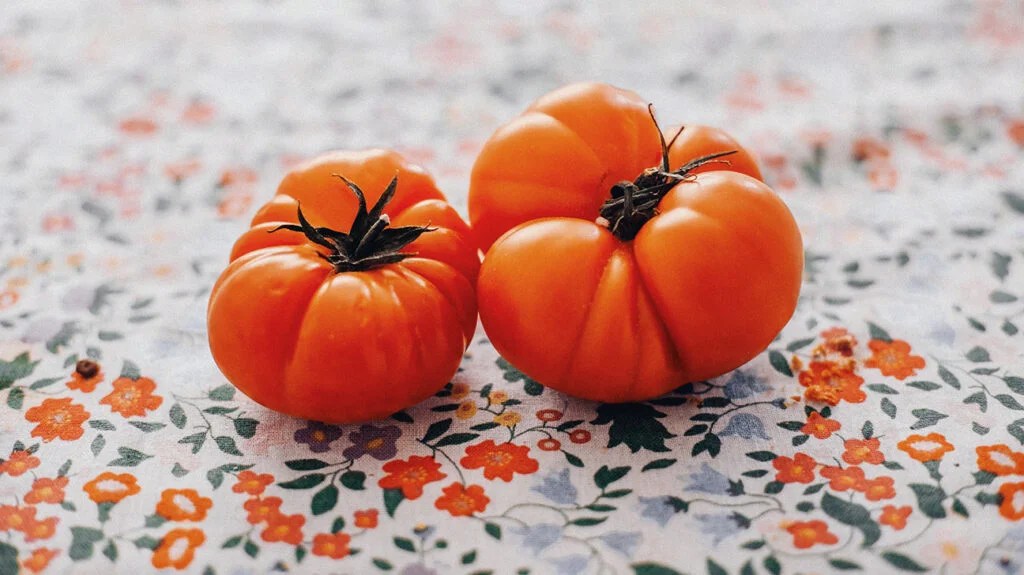 Rich in the antioxidant lycopene and other essential nutrients, tomatoes are known for their health benefits.

But lesser understood are the implications tomato consumption has for gut health.

In a new study, researchers examined the effects of a tomato-heavy diet on the gut microbiome using an animal model.

Researchers fed piglets a tomato-supplemented diet for 14 days and found that the balance of their gut bacteria shifted toward a healthier, more favorable profile.

The results were recently published in Microbiology Spectrum.

“Tomato consumption has been correlated to a variety of positive health outcomes, and they are the second most commonly consumed vegetable in the United States. About 22% of total vegetable intake comes from tomatoes, so we are interested in better understanding the health effects of this commonly consumed food.”

Studying the impact of a tomato-heavy diet

Researchers used 20 male piglets that were born in the summer of 2019 at the OSU Swine Facility in Dublin, OH. After they were weaned from their sows, they were fed a basal diet for 1 week.

“We wanted to make sure we could provide a consistent source of tomatoes to the pigs throughout the study,” Dr. Cooperstone said.

“In Ohio, we can only grow tomatoes in the field for harvest toward the end of summer, so freezer drying serves as a preservation step. We wanted to incorporate the tomato into the basal diet of the pigs, and that diet is powdered,” she added.

The tomatoes from which the powder was derived were a hybrid grown at the North Central Agricultural Research Station of Ohio State University (OSU) in Fremont, OH.

Additionally, to avoid any non-dietary spread of bacteria, pigs were housed only with other members of their group on one side of a walkway. Pens allowed snout-to-snout contact between grouped companions.

At the end of the experiment, there were no body-weight differences between the two groups of piglets.

The researchers analyzed fecal samples from all the pigs at the start of the experiment, 7 days in, and then again after 14 days.

Using DNA shotgun genomics, the researchers identified the bacteria present at each point.

Sequencing detected a shift after 14 days in the ratio of Bacillota (“bad” bacteria) toward Bacteroidota (“good” bacteria).

Both types or lineages of bacteria, known as phyla, contain a large number of bacteria, some of which may be helpful or not.

Researchers also observed a greater bacterial diversity in the samples of the tomato group, which may suggest a healthier phenotype.

While diversity is viewed as helpful in the gut microbiome, much remains unknown about the overall impact.

Dr. Ashkan Farhadi, a gastroenterologist at MemorialCare Orange Coast Medical Center in Fountain Valley, CA, not involved in the study, questioned what could have resulted if the pigs had been fed regular tomatoes versus tomato powder.

In addition, whether the quantity and duration of tomato consumption could have yielded different results is not yet known and may warrant further study.

“There are a lot of questions that come out of a good study, and this is a good study,” Dr. Farhadi told MNT.

Implications of tomato consumption in humans

Dr. Farhadi noted that comparisons between any two species are hard to make definitively.

“We both have gut germs, [but] are they identical between us? There are no identical germs between even two individuals or in one individual on two days. Gut germs are so dynamic that even if you are stressed out for a period of 1 hour, the germs are different,” he explained.

Although pigs are not humans, there is reason to suspect that tomato consumption might equally benefit the human microbiome.

Speaking to Ohio State News about the study, Dr. Cooperstone said that a better understanding of the effects of different foods on gut health “could lead to more evidence-based dietary recommendations for long-term health.”