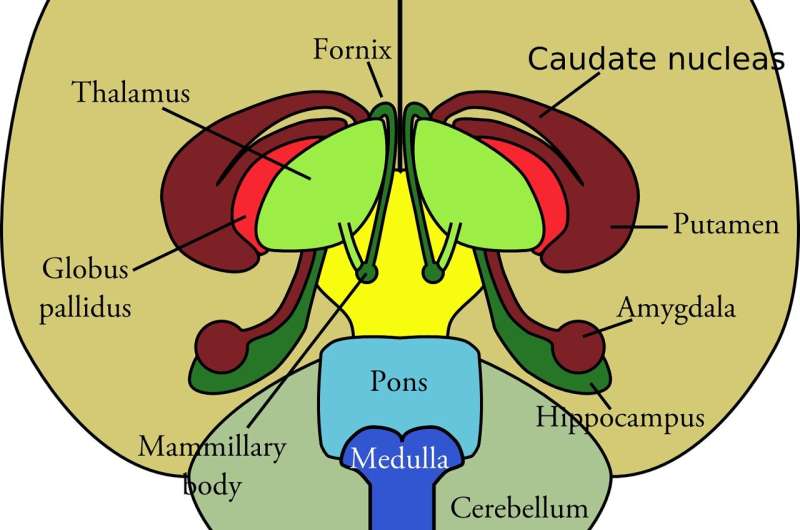 A team of Columbia University researchers has reported new evidence that cognitive abnormalities seen in neuropsychiatric disorders such as schizophrenia may be traceable to altered activity in the thalamus during adolescence, a time window of heightened vulnerability for schizophrenia.

The research, published on May 19 in the journal Nature Neuroscience, holds promise for a more targeted therapeutic for schizophrenia and other brain disorders where cognitive dysfunction is related to altered prefrontal cortex function.

“Cognitive deficits are central to schizophrenia, but the underlying mechanisms still remain unclear,” said Christoph Kellendonk, Ph.D., associate professor in psychiatry and molecular pharmacology and therapeutics and senior author of the paper. “This study puts emphasis on the thalamus and its importance during adolescence in regulating prefrontal cortex circuit maturation. We hope that our findings will inspire future studies to disentangle the influences of thalamic nuclei on the prefrontal cortex and cognitive control, paving the way for new treatment options.”

Schizophrenia, a disabling brain disorder characterized by delusional thinking and hallucinations, is typically diagnosed in young adults—with the average age of onset for men in the late teens to the early 20s and for women in the late 20s to early 30s. The abnormal developmental trajectory of the brain appears to be established during development, long before clinical symptoms of the disease appear in early adult life.

The prefrontal cortex—an area of the brain responsible for executive functions, such as planning, working memory, and impulse control—has long been implicated in the pathophysiology of schizophrenia. The thalamus is a structure in the middle of the brain that regulates prefrontal cortex function in the adult. However, its role during adolescent development is elusive.

To test how cortical development may go awry in the disease, Laura Benoit, first author and a MD, Ph.D. graduate student at Columbia, manipulated the activity of thalamic neurons in the brains of mice during adolescence and examined how it affected prefrontal cortex function later in life.

The scientists discovered that thalamic inhibition during adolescence led to adult deficits in attentional set shifting—a form of cognitive flexibility that is impaired in individuals with schizophrenia. Strikingly, excitation of the thalamus during adulthood reversed the cognitive deficit in mice with developmentally altered cortical function.

“This shows that even in a developmentally altered brain, boosting thalamic function can still rescue cognitive impairments,” said Sarah Canetta, Ph.D., Assistant Professor in Psychiatry who co-led the study with Dr. Kellendonk and Alexander Harris, MD, Ph.D., Assistant Professor in Psychiatry. “Our findings in the mouse suggest a neurodevelopmental framework in which the thalamus plays an important role in shaping the maturation of the prefrontal cortex. It has translational relevance, particularly for schizophrenia, and proposes a treatment strategy for enhancing cognition in humans.”