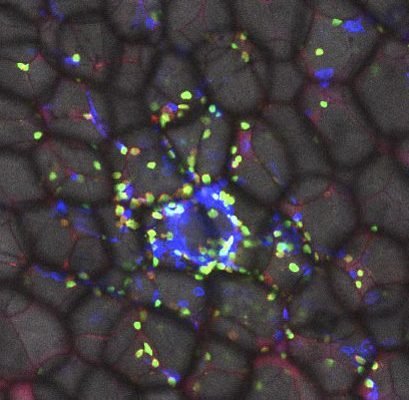 Scientists have just made a surprising discovery involving fat and special immune cells that live within it—it turns out that ‘gd T cells’ are the key cogs in the biological wheel that regulates our body heat and protects us against cold shock. The discovery thus reveals a peculiar and previously unknown aspect of the immune system – as well as driving our response to infection, it also plays a role in regulating our metabolism. In addition, this discovery has put the spotlight on a potential new target for therapies designed to help individuals either lose or gain weight.

There are two quite distinct types of fat—white and brown. The main job of white fat is to store the energy from the food we eat for when we need it. Of course, the more energy we take in without using, the fatter we get. The job of brown fat, contrastingly, is to burn the fat to produce heat in the body. This is particularly important when babies are born as it regulates their temperatures until they develop more white fat, but it’s also important in protecting us from hypothermia.

Both white and brown fat tissues also have their own immune systems, and scientists are only just beginning to understand how these work. The latest research, led by Associate Professor in Immunology at Trinity College Dublin, Lydia Lynch, adds greatly to this understanding. The findings have just been published in leading international journal Nature Immunology.

Gamma delta T cells (gd T cells) are usually found at barrier sites in the body to guard the body from infection, but in the current study the scientists found a special population of them in fat. Unlike other immune cells that traffic in and out of fat, these gd T cells live there all the time, suggesting they play an important role where they are housed. 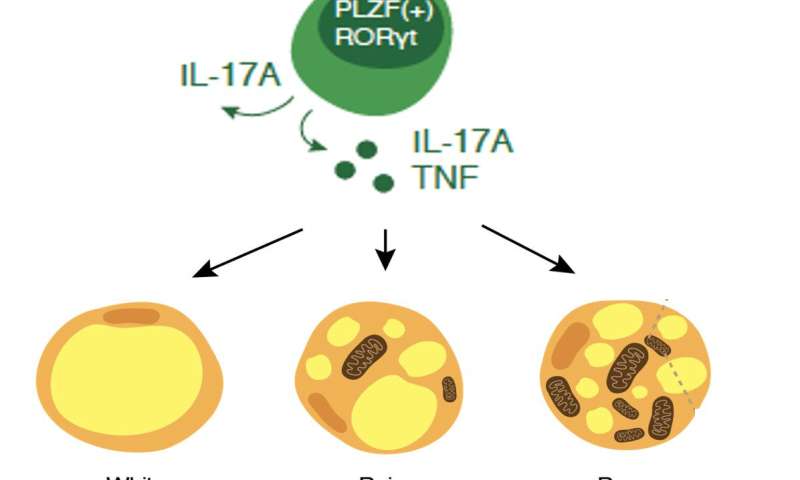 To find out what they do, the scientists removed them from fat tissue in mice and were surprised to learn that the mice became much colder, even at room temperature. When the mice were moved into cold environments, they were unable to regulate their body temperature and died.

Professor Lynch said: “Surprisingly, we found that the immune cells in fat respond to cold temperatures – they play an integral part in regulating thermogenesis by ‘turning on’ the burning of white fat, or by stimulating the conversion of white fat into brown fat, which generates the heat required to keep us warm in the cold. This heat generation happens when the lipids in the white fat are burned up, and, when this occurs, weight loss is the chief side effect.”

“We have essentially identified a special immune cell population that is not only responsible for turning white fat brown, but also for protecting us against the cold. Indeed the main function of these fat-dwelling gd T cells is not to defend against pathogens or cancer, as initially seemed likely, but instead to protect the body from typically non-immune related dangers such as cold.”

This discovery opens the door to a new potential target for therapeutic research – in patients living with obesity, or in those who are experiencing wasting, for example.