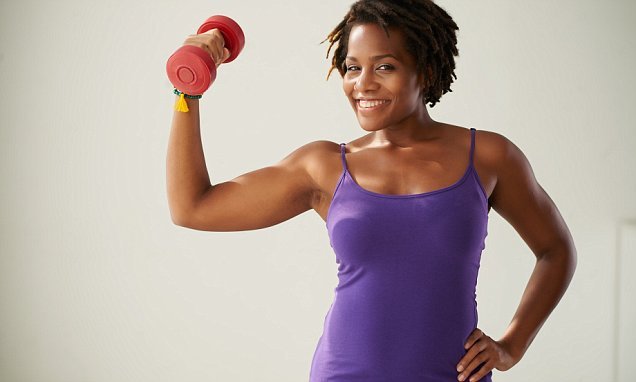 Resistance training may treat depression just as well as drugs for some, new research reveals

Lifting weights could help you get out from under depression, a new study reveals.

More than 16 million American adults struggle from depression and many of them have trouble affording therapy and finding a medication that works.

If strength training is as effective as the new study’s results suggest it might be, adding the exercises to your regiment could help you battle the blues.

The study, conducted primarily by researchers at the University of Limerick in Ireland, found that working out with weights significantly reduced depression symptoms for many of the nearly 2,000 people they studied. 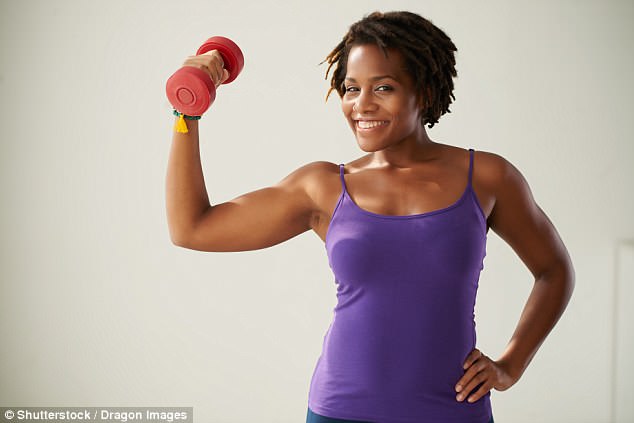 Resistance training can work as well as drugs to treat depression for many, a new study found

Depression can strike anyone at any time and it doesn’t discriminate between those who can afford mental health care and those who cannot.

Most therapists charge between $75 and $100 per hour session, and an average monthly prescription for an antidepressant could set you back between $40 and $75 with insurance.

Even if they can afford an antidepressant, more than 60 percent of patients wind up taking the drugs for two years or more.

What’s more, many people try multiple antidepressants trying to find the one that best works for them – and some never do.

Treatment-resistant depression is the number one cause of disability in the US, and research has demonstrated that the vast majority of those with depression also suffer at least one other physical or mental ailment.

Undoubtedly, better prevention and treatment for depression could save the US a portion of the $210 billion a year the condition currently costs the nation.

Instead, the problem is getting worse, with rates of depression only growing for the past several years – and its happening at the quickest clip among the youngest groups.

The new study suggests another line of treatment that might work just as well as medications: weight lifting.

Plenty of previous research has linked regular exercise to relief from depression symptom.

Most of that research, however has related to aerobic exercise, like jogging, which supposedly gives you a ‘runner’s high.’ 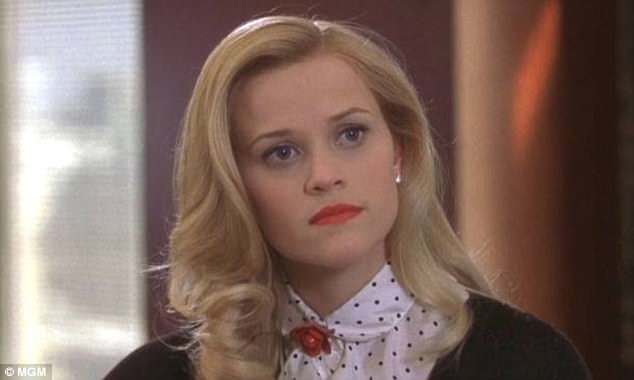 As immortalized by Reese Witherspoon’s character in Legally Blonde, ‘Exercise gives you endorphins. Endorphins make you happy.’ This may in part explain the benefit of working out for depression

Some studies have found that people with depression have smaller hippocampi.

Exercise ramps up the body’s production of growth protein which, in combination with the new connections being made in the brain, should help the organ to grow which in turn makes us ‘feel’ better.

Working out also improves more general elements of our health, stimulating better blood flow, and helping us to sleep better.

The new study verifies that weight lifting or resistance training seems to do all of this just as well as aerobic exercise – and equally well as antidepressants, in many cases.

Resistance training – no matter what weights were used or for how long – was ‘significantly associated with the antidepressant effect[s],’ the authors wrote.

They did not delve into the mechanics of this effect, nor have any way to measure what kinds or amounts of exercise worked best.

However, the American College of Sports Medicine recommends that a healthy person do resistance training at least twice a week.

As far as exercises go, the association recommends doing eight to 10 repetitions of between eight and 10 weighted exercises each time you go to the gym.

For many of us, getting ourselves to the gym is the hardest part of working out, and this is even more the case for people with depression, one of the key symptoms of which is a lack of motivation.

Most doctors suggest those with depression start working out with small, manageable increments of an activity they enjoy.

The new study’s authors recommend trying picking up a set of weight, as empirical evidence supports resistance exercise training as an alternative and/or adjuvant therapy for depressive symptoms,’ they wrote.