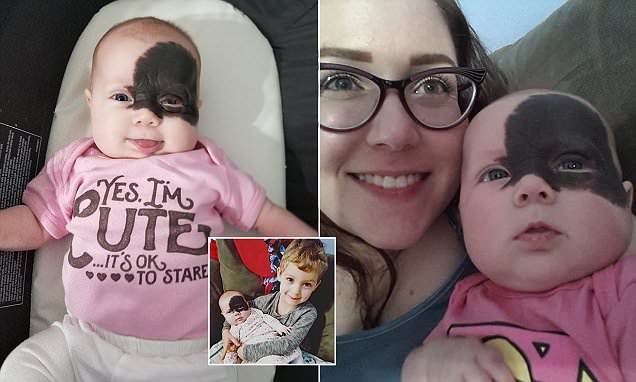 A young baby has been dubbed a ‘little superhero’ by her parents due to the black birthmark covering a third of her face, like a Batman and Robin-style mask.

The parents of four-month-old Natalie Jackson refuse to have the blemish removed despite it being expected to ‘grow as she grows’. Her birthmark is thought to be vascular, meaning it is made up of blood vessels, due to its dark colour.

Although Natalie’s parents worry the blemish may attract cruel comments, with the family already enduring shocked stares from strangers, they are determined for the youngster to be proud of her uniqueness.

Natalie’s mother Lacey, 35, from Sioux Falls, South Dakota, said: ‘We know she will come up against some difficulties, but her mark means she is going to be strong no matter what life throws at her.

‘We’ll always tell her it’s a part of who she is and who she is supposed to be. People will always know how special she is with her birthmark and how amazing she is inside and out.’ 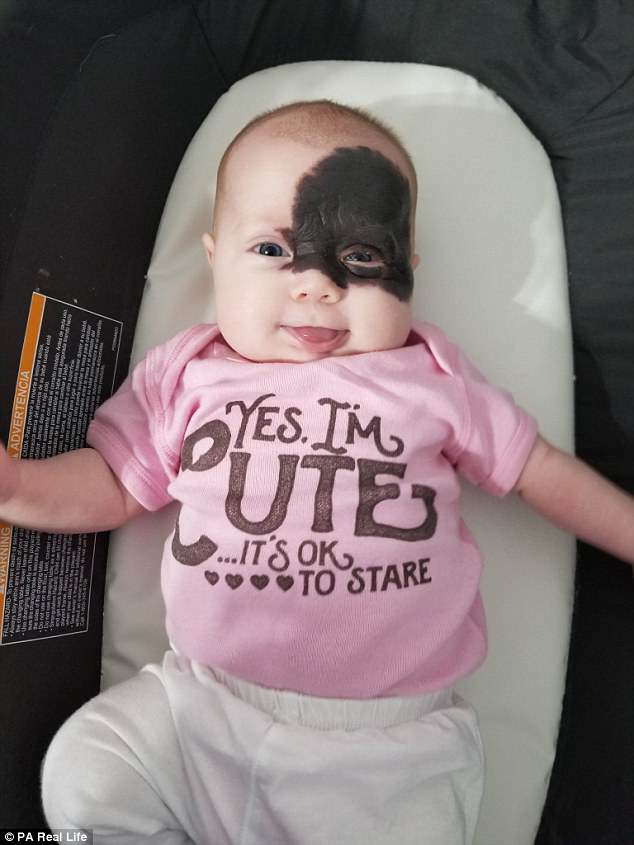 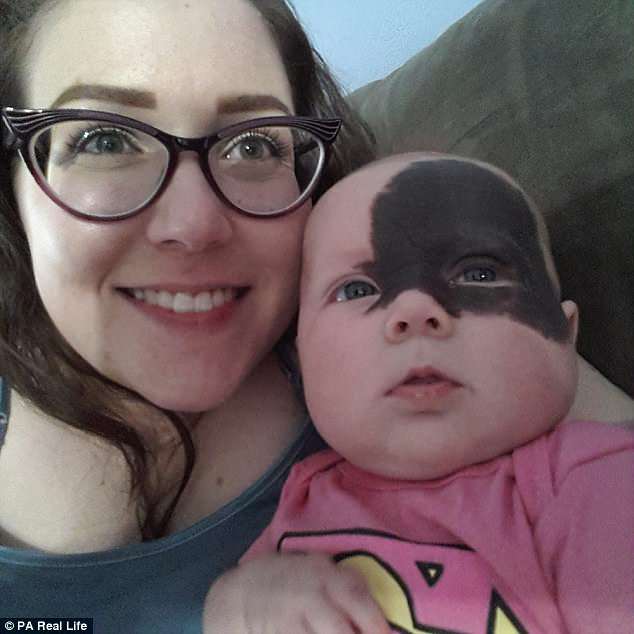 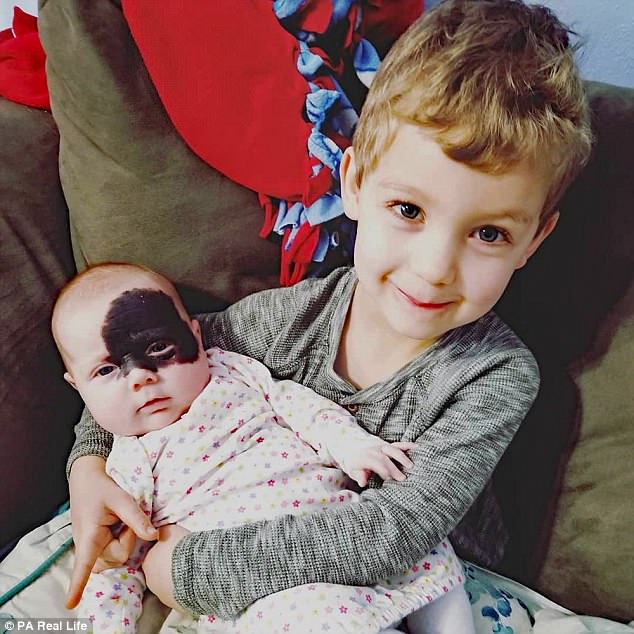 The nickname came about when her two brothers (Devin, four, pictured) asked their mother what mark was covering their sister’s face and Lacey said it made her a superhero

A birthmark is a blemish on the skin that is present at birth or develops in the first few weeks of life.

The type of birthmark depends on the main cells involved.

Most include melanin collected in one area to create a different colour to the rest of the body.

Vascular birthmarks consist of vessels that have not formed properly and can look reddish or blue.

Most birthmarks are caused by a change in a gene during early pregnancy when skin and blood vessels are forming.

The majority of birthmarks do not require treatment.

Those on the eyes, nose or mouth may need attention if they grow.

Laser treatment can reduce the colour of some red birthmarks.

Some blemishes fade with age, however, more prominent ones may affect people’s self esteem and benefit from psychological therapy.

‘She can achieve anything she wants’

Natalie’s parents were initially ‘filled with panic,’ when they first saw the stain across their daughter’s face.

Lacey said: ‘The nurse lifted our girl up, after my c-section, and I saw the big black mark on the left-hand side of her face.

‘She was so beautiful, but it looked like a bruise and I was worried in case it was something I had done to her during my pregnancy.

‘Medics said it was just a birthmark, though, and she was breathing and healthy.’

While holding Natalie, who was born weighing 7lb 1oz, for the first time, Lacey feared what other people would think of the black mask-like stain.

She said: ‘As I cuddled our gorgeous baby girl, feeling enamoured by her, I worried that people might just see her for her birthmark, and not the beautiful person I knew she would grow to be.

‘In that moment, I decided we would love her so much and give her all the confidence in the world, to make sure she could see how beautiful she is and how she can achieve anything she wants.’ 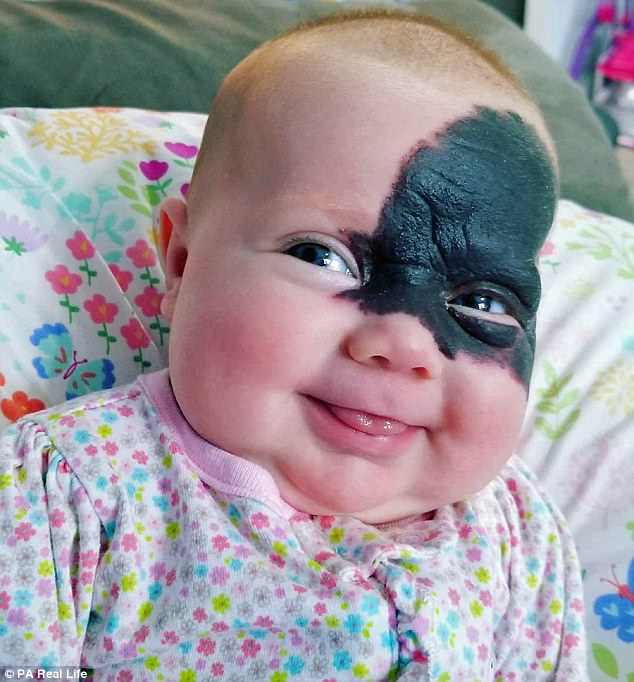 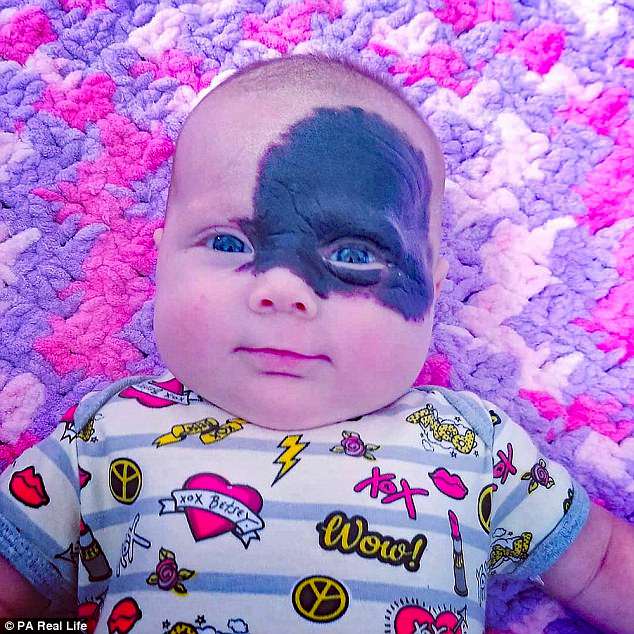 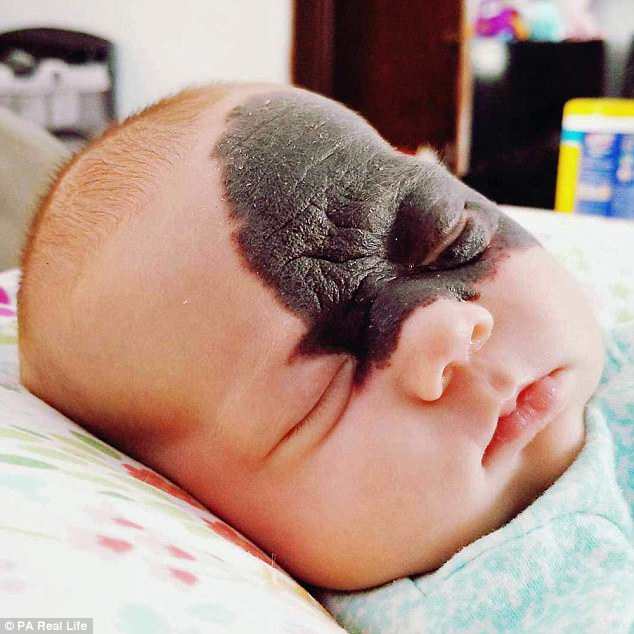 Despite wanting to give her daughter confidence, Lacey worries she will face cruel comments 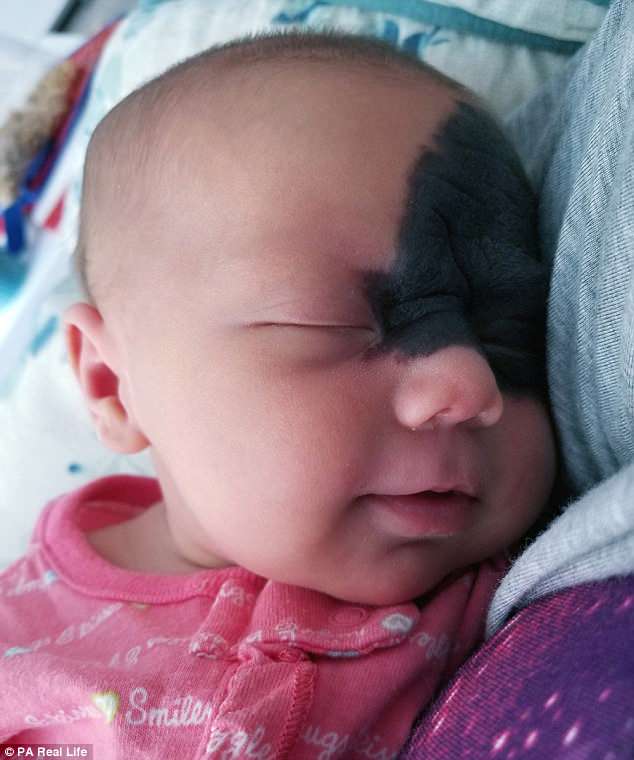 ‘She will be stronger because of it’

Natalie’s superhero nickname came about after her brothers Elliot, seven, and Devin, four, met their baby sister for the first time.

Lacey said: ‘One of the boys asked, “What’s that on her face, Mummy? What’s the black mark?” I told him it was her superhero mask.

‘I told them that, because of it, she could achieve anything.

‘People tell us how amazing her birthmark is and how gorgeous she is and we couldn’t agree more.

‘It’s good to be different and as long as she embraces it, she will be stronger because of it.’ 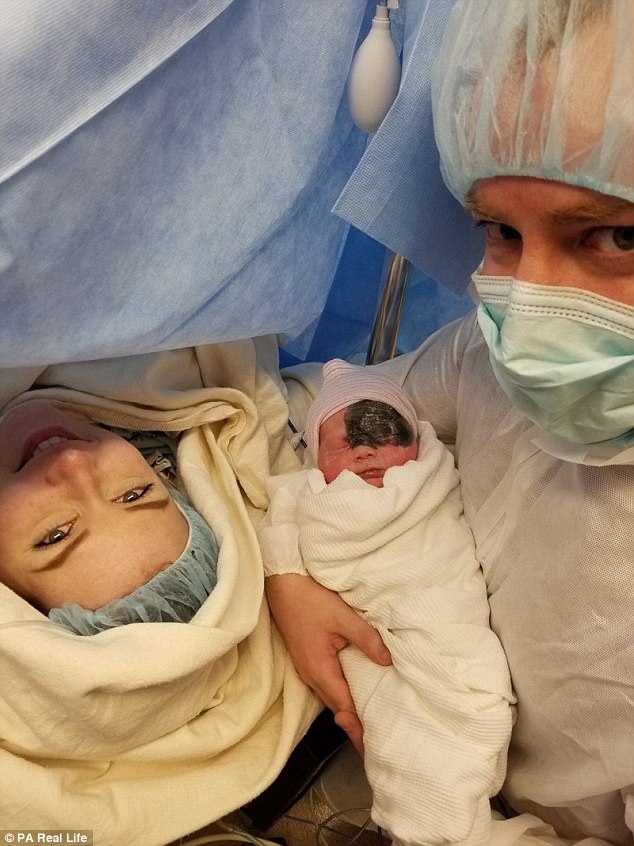 After holding her daughter she claims she felt ‘enamoured by her’ but still worried about the difficult future she may face (pictured with Natalie’s father Andrew, 34)

At an increased risk of skin cancer

When Natalie was just one week old, her parents took her to see an eye-disease specialist to ensure the birthmark was not damaging her vision.

She also saw a skin specialist and had an MRI scan.

Lacey said: ‘The dermatologist told us it was a birthmark, but it would grow as she did, meaning it would always cover a large proportion of her face.

‘Despite being told her birthmark means she will be at a slightly increased risk of developing melanoma, a type of skin cancer, because abnormal cells could grow, it was still a massive relief.’ 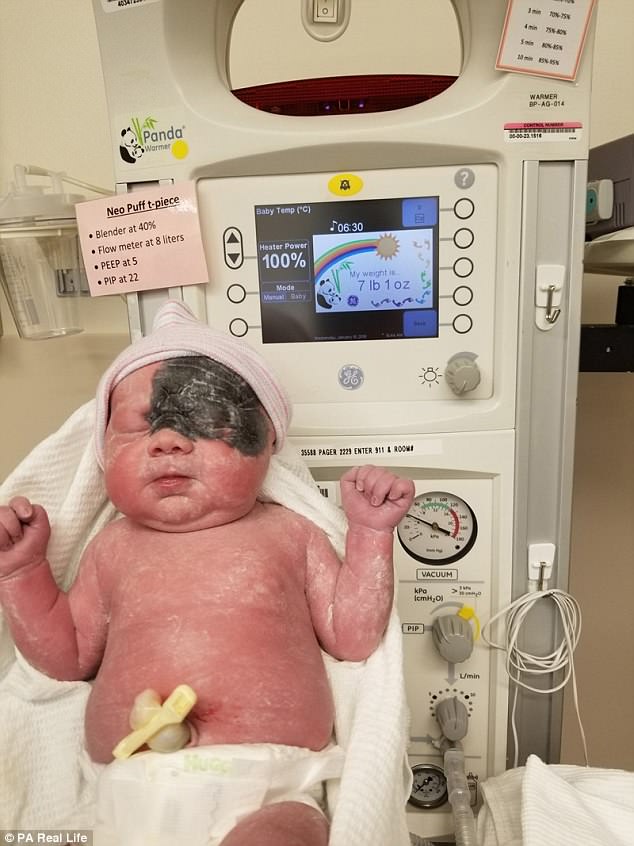 Although healthy, her birthmark means Natalie is at an increased risk of skin cancer 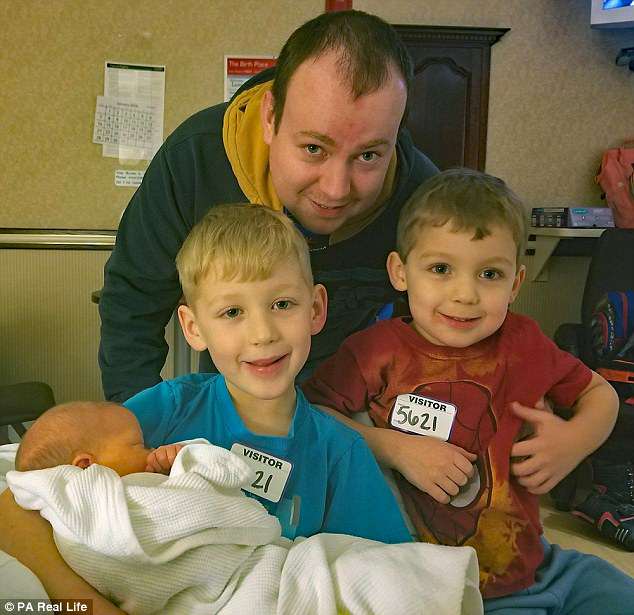 Natalie is seen here with her father, and brothers Devin and Elliot (believed to be right), seven