NHS waitlists for fertility health services are at breaking point following the pandemic.

According to research by Fertility Network, treatment waiting times in some areas of the UK went from an average of six months to as much as 15 months during that time.

As a result, people all over the country are desperately seeking out private alternatives to aid their time-sensitive fertility journeys.

The huge surge in private clinic demand (Forbes labelled the fertility industry one of the ‘big winners of the pandemic’) has created a competitive marketplace, and there is now concern that some clinics are turning to ‘deceptive’ marketing techniques to draw in clients – who are seen as customers rather than patients.

NICE guidelines recommend that women under 40 should be entitled to three rounds of IVF paid for by the NHS, but in reality this is a postcode lottery as individual clinical commissioning groups make that call for each region.

This means desperate and emotionally vulnerable people are often left feeling as though they have no option other than to shell out huge sums of money to make their family wishes a reality.

‘It was like I was grieving, that’s the only way I can describe the feeling of loss and pain.’

Holly was devastated when the first round of IVF didn’t work for her. She and her 39-year-old partner Andy tried for years to have a baby naturally, but were eventually told there was a very low chance that this would happen for them.

In Cornwall, just one round of IVF is available on the NHS, so now they are looking into how much it will cost to go private.

For couples who are trying to conceive, the price of a single IVF cycle paid for privately can fluctuate wildly. Many people end up needing multiple cycles, so the need for clarity and openness from clinics is paramount. However, this doesn’t seem to be the standard across the industry.

Data from health platform Fertility Mapper, shared exclusively with Metro.co.uk, revealed that multiple clinics in London and in the rest of the UK are advertising IVF cycle packages at a cost of £3,000 to £4,000, however, many women revealed they were paying closer to £10,000 for an IVF cycle, when all the additional tests, procedures, medications and consultants were taken into account.

In some cases, people are spending upwards of £25,000 for their total treatment.

It’s a similar story for women looking to freeze their eggs – with the final cost of treatment often ending up being hundreds or even thousands more than they were initially told.

While these costs might be warranted in some instances, it is the lack of clarity that presents a real problem for the women seeking this treatment. 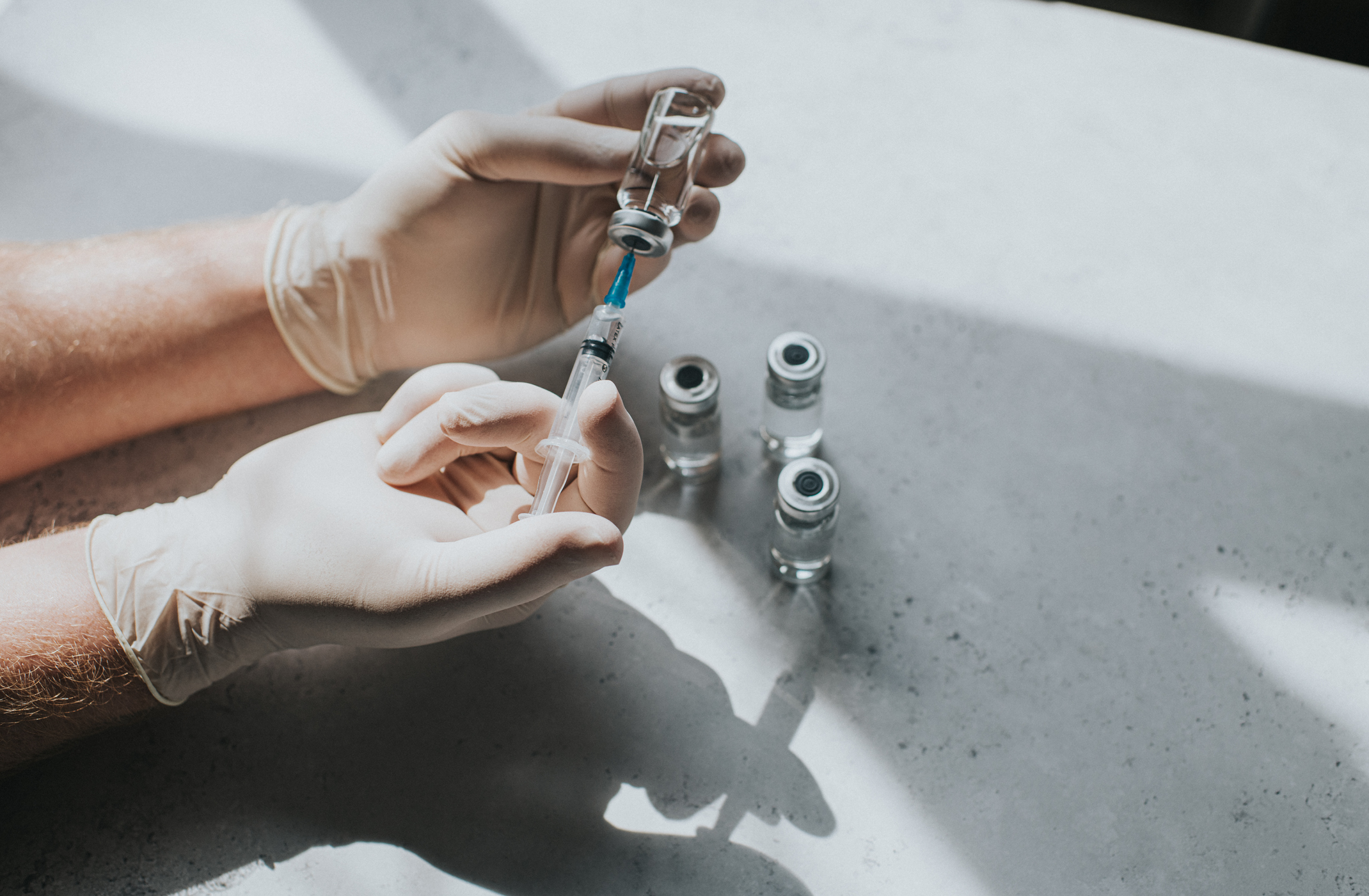 Holly, who has done extensive research into the couple’s options, tells us that their current best bet is a clinic in Barcelona that charges £10,000 for a cycle of IVF.

After her failed IVF cycle, she looked into returning to the same clinic as a private patient. Despite the fact the clinic already had her details on file from the first round paid for by the NHS, they said she would need to pay for more tests as a private patient. She was also told it would cost £150 for a consultation to get an estimate of the cost of the full treatment.

‘We are really, really fortunate,’ says Holly. ‘We both earn well. I have an auntie who has said she will pay for one round of IVF for us – she said it was a gift. I feel relief that we are in this position, but there is also guilt about the money. And no guarantee of a baby.

‘Even in our privileged position, I do think about the knock-on effects. If I were to finally get pregnant, we won’t have any savings left. So, we won’t be able to bring up that child in the same way we would have before. It’s unfair.’

A chronic lack of clarity

There have already been steps taken to try to curb deceptive or unclear marketing and advertising methods, and make the fertility industry safer for patients.

In 2021, the Human Fertilisation and Embryology Authority (HFEA) – the fertility industry regulator – issued guidance that set out what information clinics must provide to patients and when.

It also explains what clinics should do to make sure their terms and practices are fair under consumer law, and how to ensure compliance with advertising codes.

‘As the fertility regulator, we have long been concerned about how some clinics offer their services, but our regulatory powers do not allow us to tackle the commercial aspects of the modern fertility market, where most patients pay for their own treatment,’ said HFEA chair Julia Chain in a statement.

She called the guidelines a ‘major step forward for fertility patients’ that provide ‘added protection’ – but are these measures enough? Some experts say there is still a lot of work to be done.

Kayleigh Hartigan has worked in the health and fertility sector for 16 years. She knows the industry inside-out, and has even been through the egg freezing process herself. Drawing on all of this experience, she launched health platform Fertility Mapper with the aim of empowering people to make the best, most informed decisions about their treatments and clinics.

‘If we were to look into this issue of pricing three or four years ago, it would have been almost impossible to get the data. Now, the data exists in the public domain, but it’s just really confusing and opaque,’ Kayleigh tells Metro.co.uk.

Kayleigh’s worry is that for many people, paying for fertility treatment like IVF or egg freezing will be the first time they have ever paid for any medical treatment, and people are wading into this complex and difficult task without any guidance.

‘You’re doing something very complicated at a time when you are hugely vulnerable,’ she says. ‘So that creates a number of challenges – from finding the best deal for you, to finding the right clinic. There is a lot to think about.

Kayleigh says understanding needs to happen at multiple points in the process – selecting the right clinic is the first step.

‘The choice of clinic impacts how much you pay, your experience, your outcomes,’ says Kayleigh. ‘But a lot of people just put it into Google and hope for the best.

‘And all the way through the process, there are decisions to be made. Decisions about what services to take or not to take, some of these services may not be clinically as effective as others. All the way through, from beginning to end, you are faced with a series of choices, which impact your health, but also impact how much you pay.’

Kayleigh says that simply having the costing information available for people to access is not enough.

‘The information that is out there is not easy to unpack,’ she says. ‘You can find the data, but you have to search really hard for it.

‘Once you find it, every single clinic packages their costs differently. Some clinics roll everything into a package, some clinics separate everything out. Most clinics have a combination of those two things.

‘So, when you look at clinic A and clinic B, it’s really difficult to know, actually, what the difference is between the two.’

What needs to change in the fertility industry?

Although progress has been made, Kayleigh still believes that clinics could be being clearer about the up-front costs of their treatments. However, she knows this is actually a very difficult issue for clinics to tackle.

‘The complexity of the pricing isn’t just sitting with how the clinic communicates, it is also related to you as an individual,’ she says.

‘So, a lot of the complexity is driven by the fact that it’s really difficult to predict what an individual is going to need before they start the process,’ Kayleigh explains.

‘What really needs to happen is to help people understand the right questions to ask, how to get to the information, and how to use that information.’

To try to tackle the complexity and opaqueness of the pricing information among fertility clinics, Kayleigh’s fertility platform asks women who have been through treatment to leave reviews – and one of the key metrics is cost transparency.

‘For me, I think that’s the best way to inform people about whether it is a good clinic or not,’ she says. ‘Not the actual cost, not the number, but how transparent the clinic was about that cost. Whether you were told up-front what you might end up paying.’

Holly, who is preparing to pay £10,000 for her second round of IVF, says that if everyone who needed IVF was able to have three rounds funded on the NHS – as is recommended by NICE for all women under 40 – that would make a huge difference.

‘Just to take the pressure off the money element of this whole process would be huge,’ she tells us.

Ultimately, she believes there needs to be more standardisation in how these clinics advertise their costs and communicate that information to patients.

‘There are so many hidden elements and costs,’ she says. ‘Even on adverts for basic things, you have to have the small print – you have to be clear about risks, or if interests rates could go up for example. Why is this still not the case for fertility treatments?’