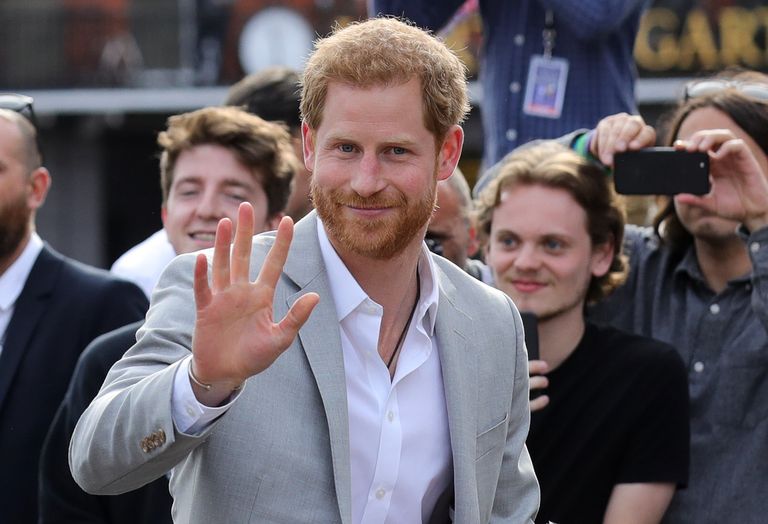 The day before Prince Harry and Meghan Markle are expected to say “I do,” the groom and best man Prince William hit the streets of Windsor to greet their fans. Prince Harry was also spotted with his bride-to-be on the way to their wedding rehearsal.

Here’s what Prince Harry’s facial expressions say about his emotional state hours before tying the knot, all according to Dan Hill, Ph.D., author of the upcoming book, Famous Faces Decoded (available September 12).

Although a layperson may write off Harry’s expression as a polite smile with a wave, Hill can’t be fooled: “I’m definitely seeing sadness,” he says, referring to Prince Harry’s eyes: The groom’s brows are lowered, signaling low spirits and fear, and his left eye is tightened, which shows a bit of anger, according to Hill, who insists it’s possible to display more than one emotion at a time.

Harry’s pressed lips serve as further evidence that the gesture isn’t just a friendly greeting. “There’s some degree of exasperation,” Hill says. “It could be the crowd — it’s taxing for anyone to be under so much scrutiny.”

Paired with his raised palm, a sign that’s often used to signal, “stop” — it’s as if Harry is saying, “I’d like to put a halt to all of this,” Hill says.

2. Harry Brings a Hand to His Heart

Hill classifies the groom’s expression as a “subdued grimace.”

“There’s a smile there, but not much lift in the cheeks,” Hill says. “If there are four levels of happiness, this expression would put Harry in the basement.”

It’s plain to see that Harry looks a little down. “His eyes are slightly downcast and a wee bit puffy around the edges,” Hill says. “The skin below the eyes is bagging as it can do when sadness sets in.”

Meanwhile, the prince puts a hand on his heart — which makes perfect sense to Hill. “Sadness is an emotion that makes you want to be consoled — often, it’s a longing to be hugged,” he says, agreeing that Harry’s gesture could be self-soothing. “It’s like he’s saying, ‘I can get through it, things will be fine and good.'”

3. Harry Keeps His Eye on the Prize

Here, Prince Harry’s expression contrasts with that of Meghan, who smiles in the background. “Harry’s smile is subdued at best,” Hill says. “If he’s happy, it’s classic British understatement as there’s no lift to the groom’s cheeks.”

Harry’s tight mouth, Hill says, signals anxiety — although he admits it’s tough to get a good read at this angle. “His mouth is pulled wide, which is a typically reliable sign of fear,” Hill wagers.

“Facial expressions are universal, and you can’t fake them with conviction,” Hill says. “There’s some degree of exasperation, as if Harry’s ready for his honeymoon.”