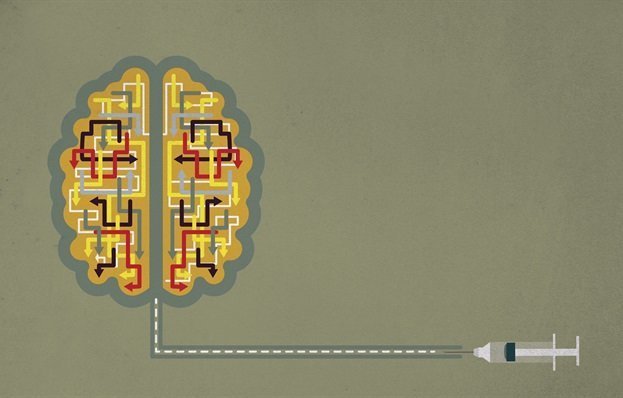 Since ancient times, humans have used opium and its derivatives to block pain. Yet in all that time, no one has found a solution to two main side effects of opioids—addiction and overdose.

Opioids block pain signals by stimulating opioid receptors in the spinal cord and brain. But they don’t work for all types of chronic pain, says Stephen Waxman, M.D., Ph.D., the Bridget M. Flaherty Professor of Neurology at Yale School of Medicine and director of the Center for Neuroscience and Regeneration Research at the VA Connecticut Healthcare System in West Haven. Many patients with neuropathic pain—the result of nervous system injury or dysfunction—get little or no relief.

Neuropathic pain, says Waxman, is “a very important unmet medical need.” It can occur after nerve injury or shingles; in association with diabetes; or as a response to chemotherapy.

“For all of these diseases, a common thread is that we need better therapies,” Waxman says. He’s working to develop such therapies, and he’s found a new target—not opioid receptors but sodium channels, which neurons need to fire.

For several years he’s been testing painkillers that block sodium channels in patients with a rare genetic disorder that sends their pain neurons into overdrive. Waxman hopes to find treatments that will not only ease common types of chronic pain but also reduce opioid use.

His search for non-opioid painkillers began at the dentist’s office. Lidocaine, Novocain, and all of the “-caine” drugs in dentists’ needles are local anesthetics that stop neurons from transmitting pain signals by blocking their sodium channels. But in pill form, those drugs would have such unacceptable side effects as double vision, seizures, sleepiness, and confusion, all a consequence of blocking sodium channels in the brain. A “holy grail of pain research,” Waxman says, is to find a sodium channel that is essential to the function of peripheral nerves that lie outside the brain and spinal cord, but that does not play a major role in the brain. Exploiting such a channel, he says, could block pain without leading to side effects or addiction.

In the 1990s, scientists found such a channel, Nav1.7, and Waxman’s lab began to study it. But drug companies wouldn’t pursue drugs targeting that channel without proof that it had an important role in human health. In 2003 Waxman began scouring the world for people with inherited neuropathic pain, in hopes of linking pain disorders to their particular mutations, genes, and proteins.

He was still searching when a lab in China reported in March 2004 that mutations in a gene, SCN9A, which encodes Nav1.7, were the likely cause of the rare genetic disorder inherited erythromelalgia (IEM). “Mild warmth triggers intense burning pain, and many patients keep their hands and feet on ice, to the point of getting tissue damage, sometimes even gangrene,” Waxman says of the disorder, also known as man-on-fire syndrome. At first Waxman thought that the Chinese lab had beaten him to the punch. But although the Chinese scientists had linked the sodium channel to the disorder, they had not shown how the channel works or how damage to the sodium channel causes IEM. The Waxman lab began investigating and later that year published their results. The mutations in SCN9A, says Waxman, “make the Nav1.7 channel overactive. And that makes pain-signaling nerve cells shriek when they should be whispering.” Soon, Waxman’s lab received a grant from The Erythromelalgia Association and what Waxman calls “a much bigger gift”—access to a community of families with erythromelalgia who have shared their DNA and medical histories and participated in clinical trials.

In 2009 Waxman and colleagues reported that patients with a particular SCN9A mutation responded well to carbamazepine, which blocks all sodium channels. Later, they used computer modeling of the sodium channel to predict that people with IEM who had a different SCN9A mutation might also respond to the drug. A 2016 study at Yale confirmed their hypothesis. Waxman hopes to use genetics and computer modeling in a “precision medicine” approach to predict drug responses in patients with other variations in their genes.

In 2016, Waxman collaborated with Pfizer to test another drug that, unlike carbamazepine, targets only the sodium channel Nav1.7. Three of the five study participants responded to the drug in at least one of two trials, and two participants responded to the drug on both trials. In general, patients reported a three-point reduction in pain on the 10-point scale. Waxman cautions that the number of patients studied was small. Nevertheless, “That’s a fairly large improvement,” Waxman says.