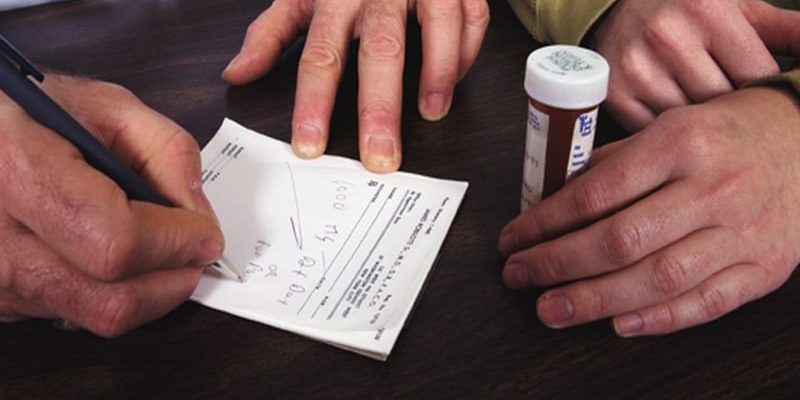 Doctors who accept perks from companies that make opioid painkillers are more likely to prescribe the drugs for their patients, new research suggests.

The money in question paid doctors for meals, consulting and speaking fees, and travel expenses.

Typically, doctors receive less than $1,000 per year, said lead investigator Dr. Scott Hadland. Less than 2 percent of physicians get more than that, so many doctors “probably believe such relatively small amounts are not influencing their practice,” he added. “But, put simply, the data shows that it is.”

The drug industry trade group PhRMA would not comment on the findings.

Hadland said that, on average, opioid prescription rates among physicians receiving these perks rose by about 9 percent in the year following payment. Opioid painkillers include Oxycontin and Vicodin.

“Unlike prior investigations that have focused on the impact of huge payments to a small group of doctors, what we found is much more subtle but much more widespread, involving many physicians,” he noted.

“And while we see a trend for a small drop in the number of opioid prescriptions now being written by doctors, that is not the case among physicians who receive an opioid marketing payment,” Hadland added. Their opioid prescription rates, he said, went up.

Hadland is an addiction expert with the Grayken Center for Addiction at Boston Medical Center. He and his colleagues reported their findings in a letter published online May 14 in the journal JAMA Internal Medicine.

The researchers pointed out that 40 percent of all overdose deaths in the United States are attributable to prescription opioids.

And despite recent declines in overall prescribing rates, the number of prescriptions issued in 2015 was three times the number issued in 1999, the authors noted.

The review of a federal database revealed that roughly 369,000 doctors had prescribed opioids to Medicare recipients in 2015. Of these, 7 percent had accepted more than 105,000 different opioid-related marketing payments in 2014, cumulatively valued at more than $9 million.

Roughly half of all the payments were from a single pharmaceutical company: INSYS Therapeutics. The company manufactures a single opioid spray medication called Subsys, which was approved by the U.S. Food and Drug Administration in 2012 for cancer pain. The spray contains fentanyl, a particularly potent, and often deadly, synthetic opioid.

Other big pharmaceutical companies involved in 2014 included Teva Pharmaceuticals USA and Janssen Pharmaceuticals, which spent roughly $869,000 and $854,000 on physicians, respectively, the researchers said.

Physicians who had not taken any payments in 2014 ended up prescribing fewer opioids in 2015. But those who had taken money prescribed more, the investigators found.

Meals accounted for more than 90 percent of the value of such payments, with each meal linked to a 0.7 percent increase in opioid prescriptions, the findings showed. “But it was cumulative,” Hadland explained. “So, every meal led to an additional 0.7 percent increase. And many doctors were taken out more than once. So, it can add up.”

And while, overall, doctors issued 0.6 fewer opioid prescriptions in 2015 than in the year before, those who had taken marketing payments issued about two more prescriptions across the same timeframe.

“So, patients need to be aware that doctors are receiving this marketing, and that when they’re prescribed an opioid, a non-opioid option may be preferable,” Hadland added.

Dr. David Katz, director of the Yale University Prevention Research Center at Griffin Hospital in Derby, Conn., said the findings are “the furthest thing from surprising.”

According to Katz, “Marketing is practiced because it works.”

But he noted that the study doesn’t prove cause-and-effect, and doctors who take such payments may simply treat more pain sufferers or be the ones most inclined to prescribe opioids in the first place.

“The other possibility is more disturbing. Perhaps monetary incentives are encouraging reliance on opioids when other approaches to pain management would work as well or better, fueling the opioid crisis,” Katz suggested.

“This study invites us to hope for the former, worry about the latter, and sort it out with more investigation, even as alternatives to opioids are taught and encouraged routinely,” he said.

But in the context of an opioid epidemic that is killing more than 60,000 people each year, “we have good reason to believe that industry promotion influences prescribing behavior,” she said.

As to what could be done, “transparency is not likely to be enough,” Donohue said.