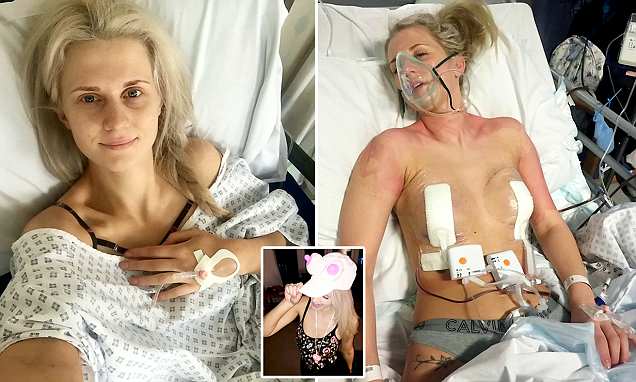 Healthy nurse, 24, undergoes double mastectomy despite NOT having the deadly BRCA ‘Angelia Jolie’ gene after seeing nine of her relatives battle cancer

A 24-year-old woman is one of the youngest in the UK to have a double mastectomy after seeing her mother and eight other relatives battle cancer.

Esther Taylor, from Preston, Lancashire, has an unidentified mutation that puts her at high risk of both breast and ovarian cancer.

She does not carry the BRCA, or ‘Angelina Jolie gene’. The Hollywood actress had a double mastectomy in 2013 after losing her mother, grandmother and aunt to the disease. The gene left her with a 90 per cent risk of developing cancer.

Prior to the procedure, the paediatric nurse had a ‘Bye Bye Boob’ party with her colleagues from Royal Blackburn Hospital.

Miss Taylor, who is unsure if she wants children, says she will also consider having a hysterectomy in the future to reduce her risk of ovarian cancer.

Despite her confidence taking a battering and many telling her she was too young to do something so drastic, Miss Taylor is happy with her decision and hopes to live a healthy, cancer-free life. 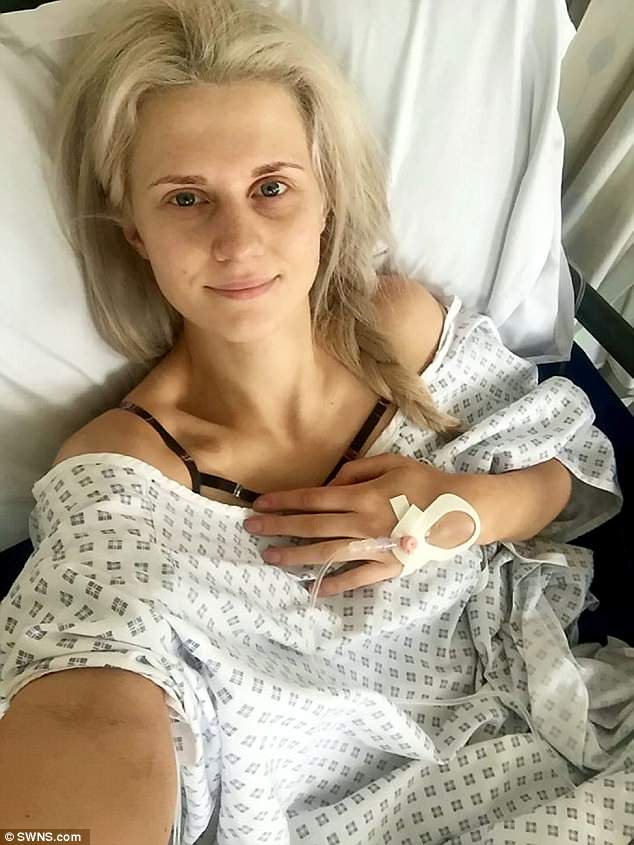 At just 24, Esther Taylor became one of the youngest women in the UK to have a double mastectomy after seeing her mother and eight other relatives battle cancer 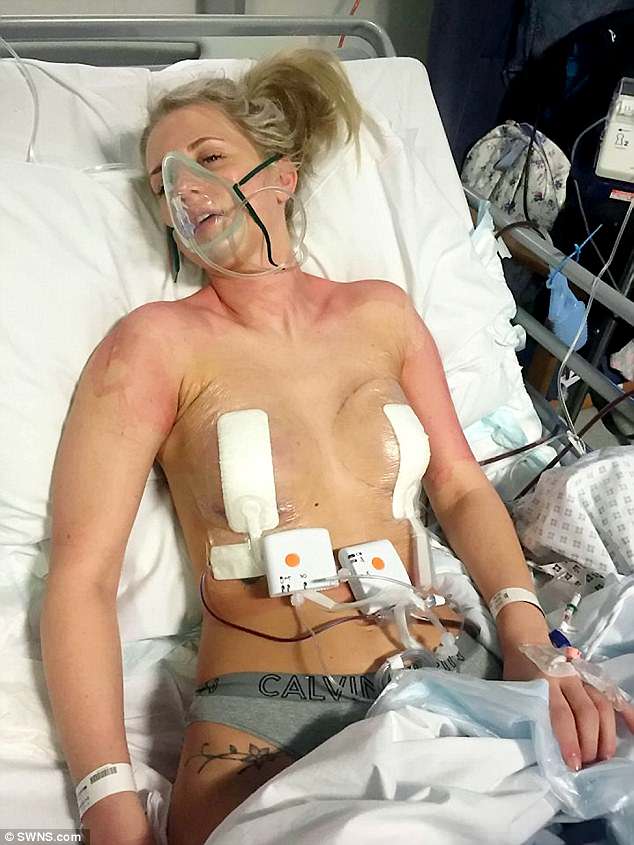 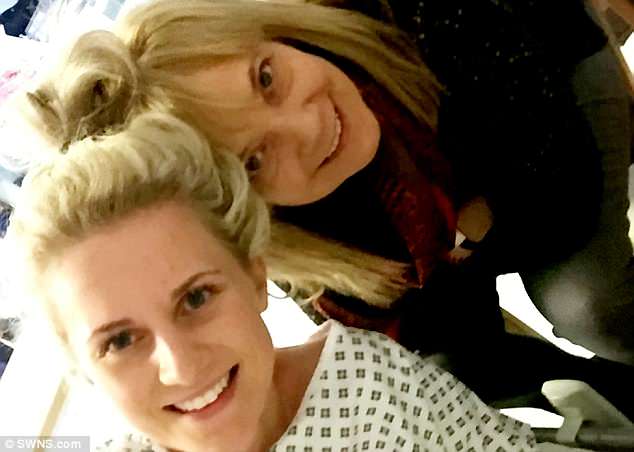 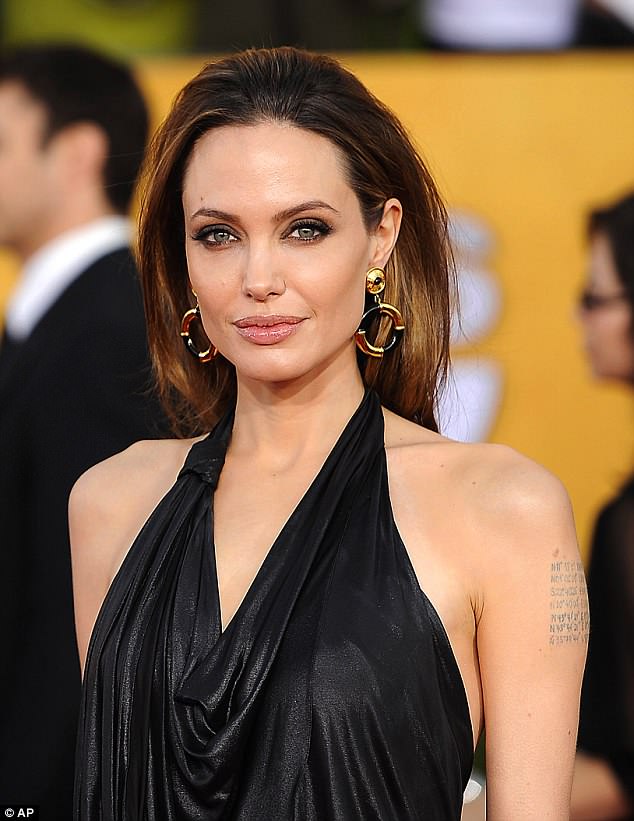 Miss Taylor does not carry the BRCA, or ‘Angelina Jolie gene’. The Hollywood actress had a double mastectomy in 2013 after losing her mother, grandmother and aunt to the disease

What is the BRCA gene and how does it affect people’s risk of cancer?

Having a mutated BRCA gene – as famously carried by Angelina Jolie – dramatically increases the chance a woman will develop breast cancer in her lifetime, from 12 per cent to 90 per cent.

Between one in 800 and one in 1,000 women carry a BRCA gene mutation, which increases the chances of breast and ovarian cancer.

Both BRCA1 and BRCA2 are genes that produce proteins to suppress tumours. When these are mutated, DNA damage can be caused and cells are more likely to become cancerous.

The mutations are usually inherited and increase the risk of ovarian cancer and breast cancer significantly.

When a child has a parent who carries a mutation in one of these genes they have a 50 percent chance of inheriting the mutations.

‘A cancer diagnosis in the family no longer shocked me’

Speaking of her choice to have the operation, Miss Taylor, now 25, said: ‘It was a difficult decision, it is scary, it is painful, it is risky and it is emotional, but ultimately it is brave, it is beautiful and it is life changing.

‘A lot of people I have told think I’m “too young” to make this sort of decision, but if you knew you were living with a high risk of developing breast cancer and you had a choice to significantly reduce the risk, then why wouldn’t you?’

Miss Taylor learnt she was at high risk of developing breast and ovarian cancer after having a blood test.

Her decision to have the procedure came after her mother Patsy Fennin was struck down with cancer in her 40s.

Miss Taylor said: ‘My mum comes from a big family, I have sadly lost many members of my family to cancer and the majority of aunts and uncles that are still alive have suffered cancer, too.

‘It suddenly hit me, there came a time when a cancer diagnosis in the family no longer shocked me.

‘I think at that point I realised it was a complete injustice to all these family members dying if I didn’t do something about it.

‘Ultimately, I didn’t want the deaths of those so close to me to be for nothing. I wanted to celebrate them with life.’ 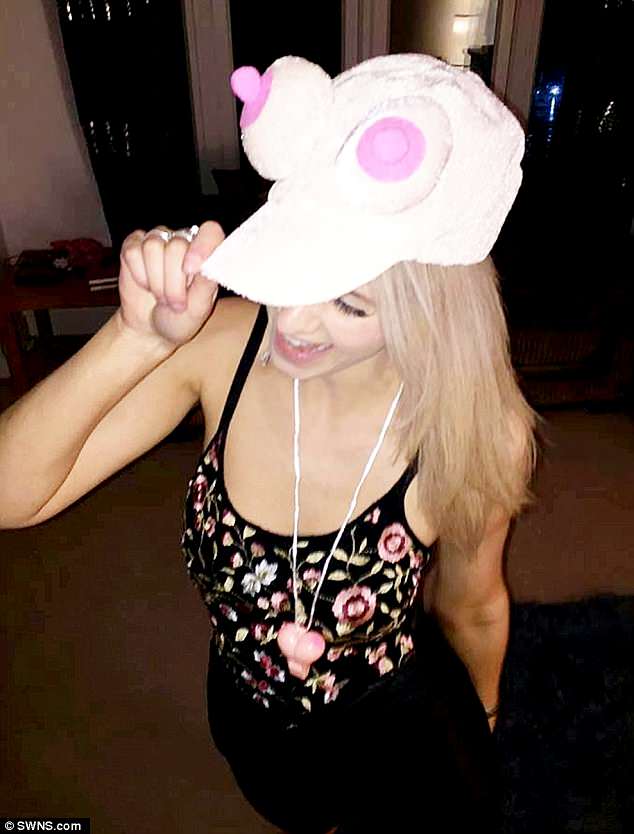 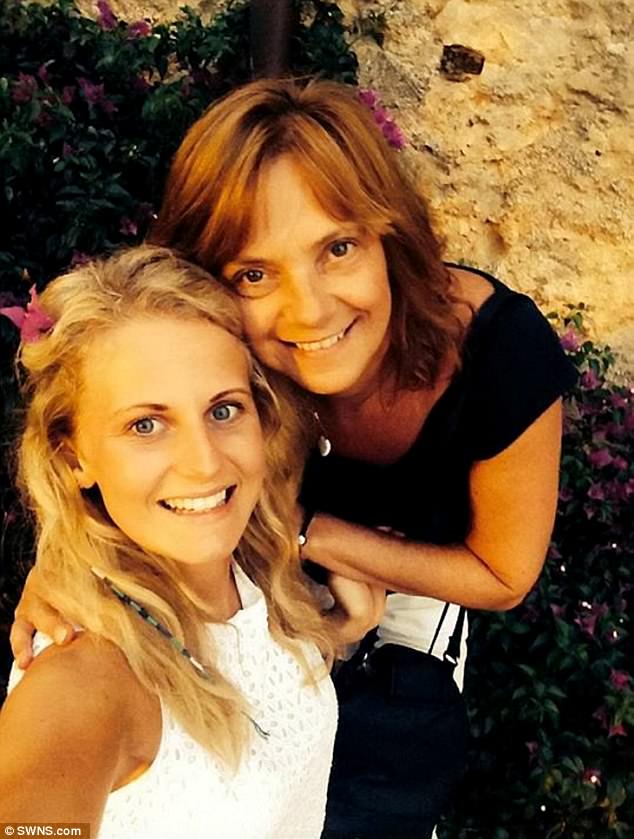 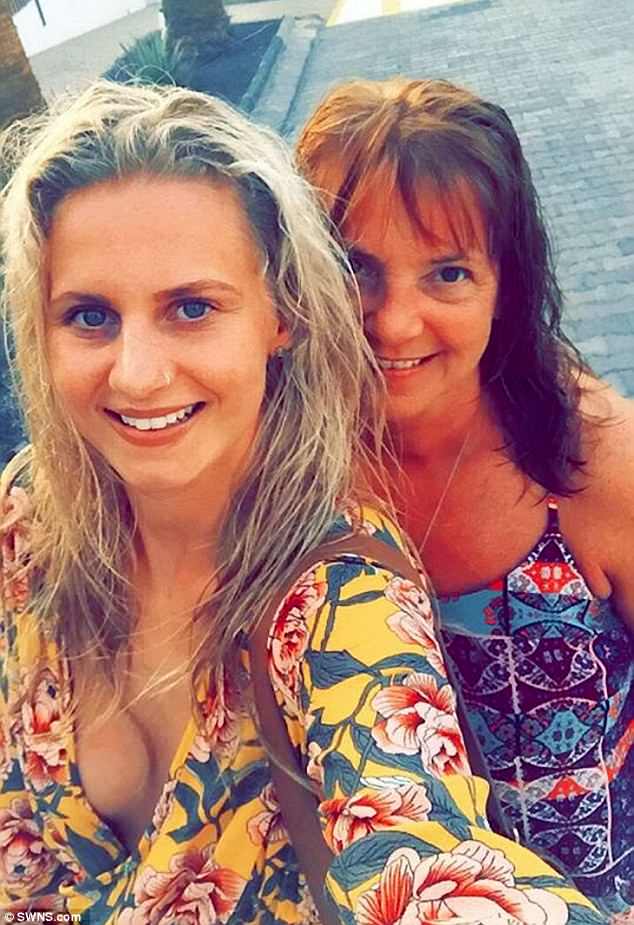 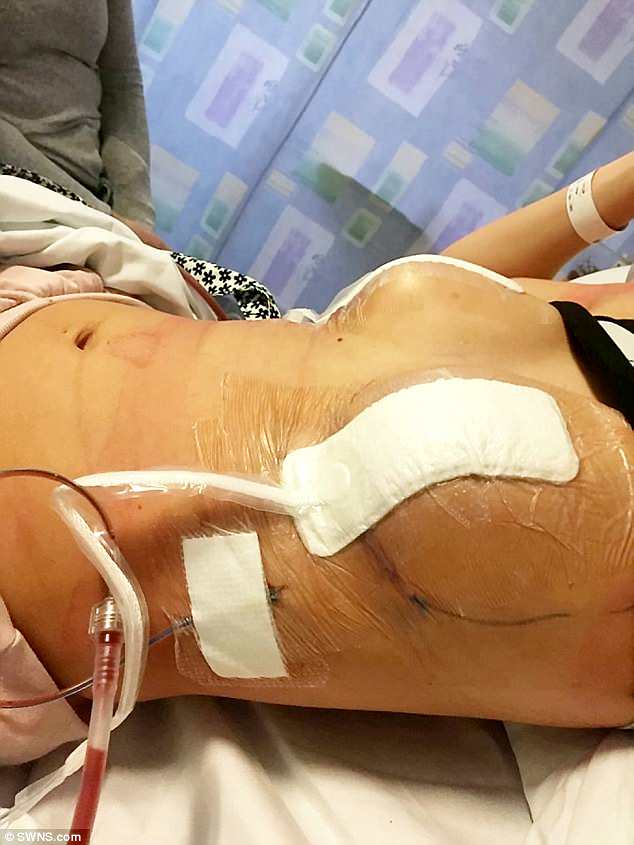 Miss Taylor insists the procedure was not cosmetic, saying ‘these are not my boobs’ 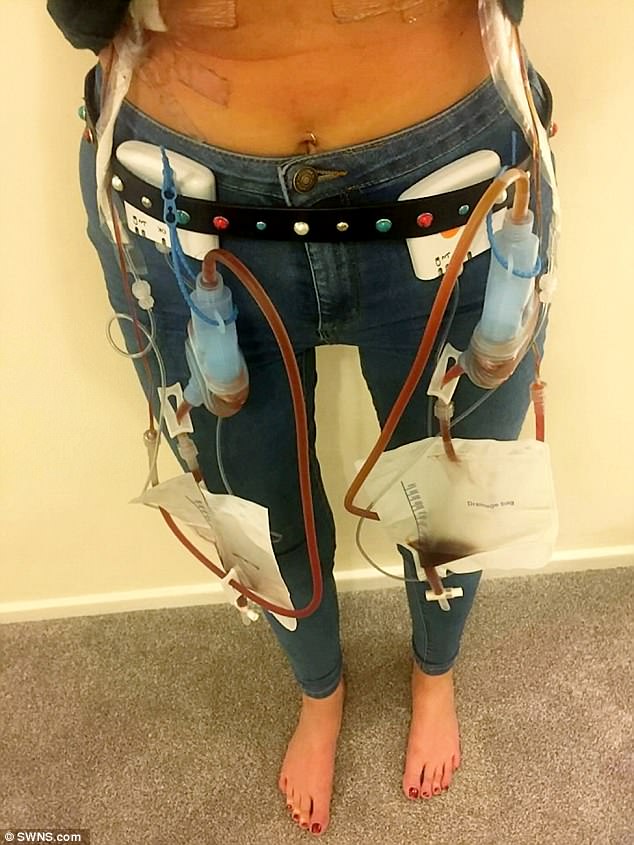 WHAT IS A DOUBLE MASTECTOMY?

A double mastectomy is the removal of both breasts.

This is a way of treating breast cancer and is often done to women who are at a high risk of the disease returning after therapy.

The treatment may also be suitable for women who are unable to have radiation therapy, have a tumour larger than 5cm across or have a mutation, such as in the BRCA gene, that increases their cancer risk.

Most women stay in hospital for one or two nights but are able to return to their regular activities within around four weeks.

Side effects can include pain, swelling, a build up of blood or fluid at the surgery site, limited arm movement and numbness in the chest or upper arm.

After surgery, some women may wish to have the breast mound rebuilt to restore its appearance in breast reconstruction surgery.

Some patients may require other treatment after a mastectomy such as radiation, chemo or hormone therapy.

‘I have days when I wish I’d never done it’

Although her surgery scars are healing, Miss Taylor admits the procedure has knocked her confidence and she finds her appearance a little ‘alien.’

She said: ‘I went for a very like-for-like look, same size boobs and shape.

‘This for me was never a “boob job” or a cosmetic decision. These aren’t my boobs.

‘I have a long way to go until I can accept that and my confidence has really taken a hit – more people than I can count have seen my boobs now.

‘I do have days of regret when I think I wish I’d never done it.

‘I’m only halfway there to living a cancer-free life. I’m not totally rid of the risk yet but every day I think I’m living life for those people.’

Hannah Fitzpatrick, from Burton upon Trent, Staffordshire, is the youngest Briton to have a double mastectomy after undergoing the procedure at just 19 years old following two of her cousins being diagnosed with breast cancer in their 20s.

Find out more about how to prevent breast cancer here. 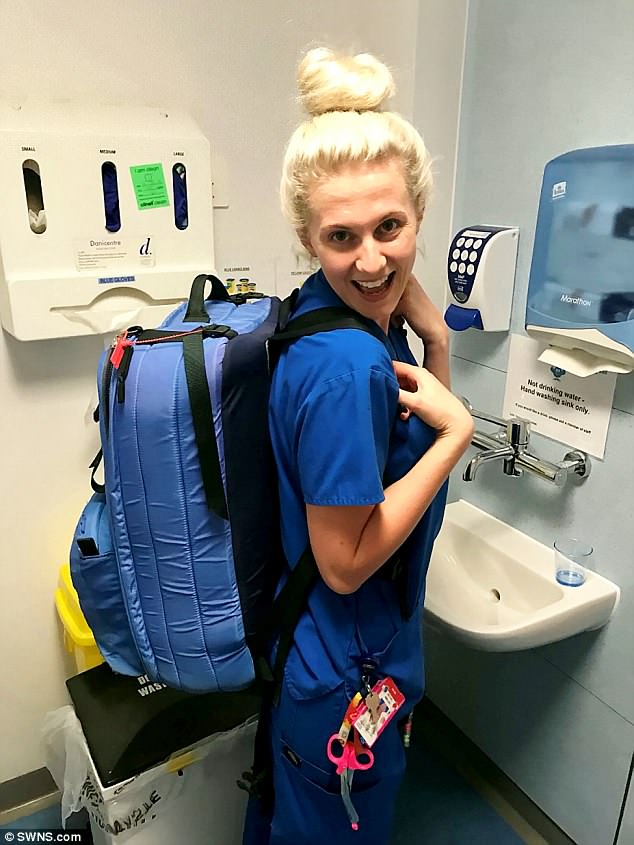 Miss Taylor, a paediatric nurse, is pictured on her first day back at work after the procedure 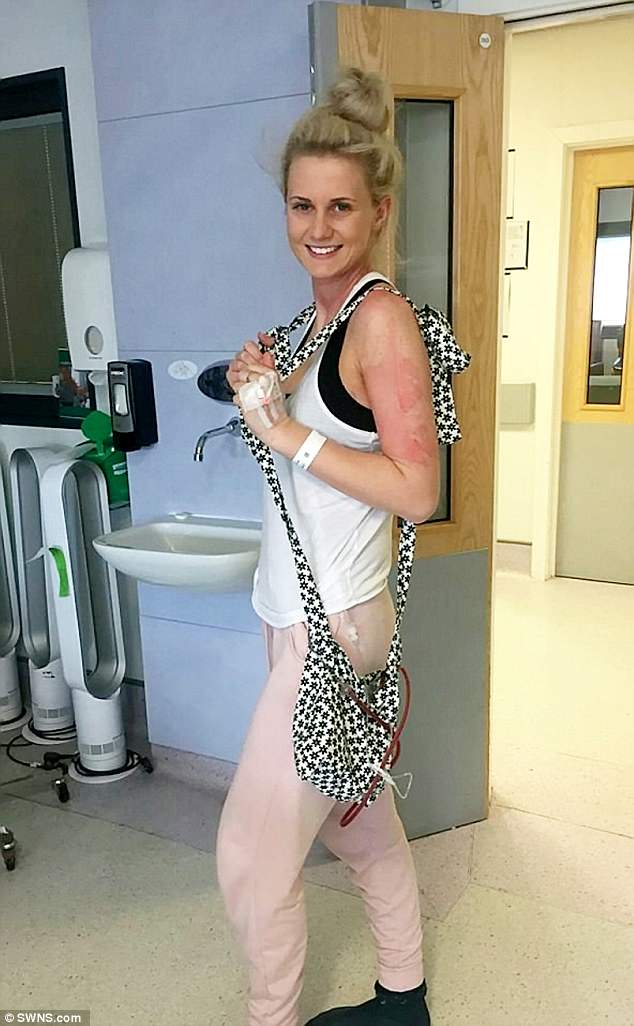 Miss Taylor (pictured after) sometimes regrets the surgey, however, she stands by her decision 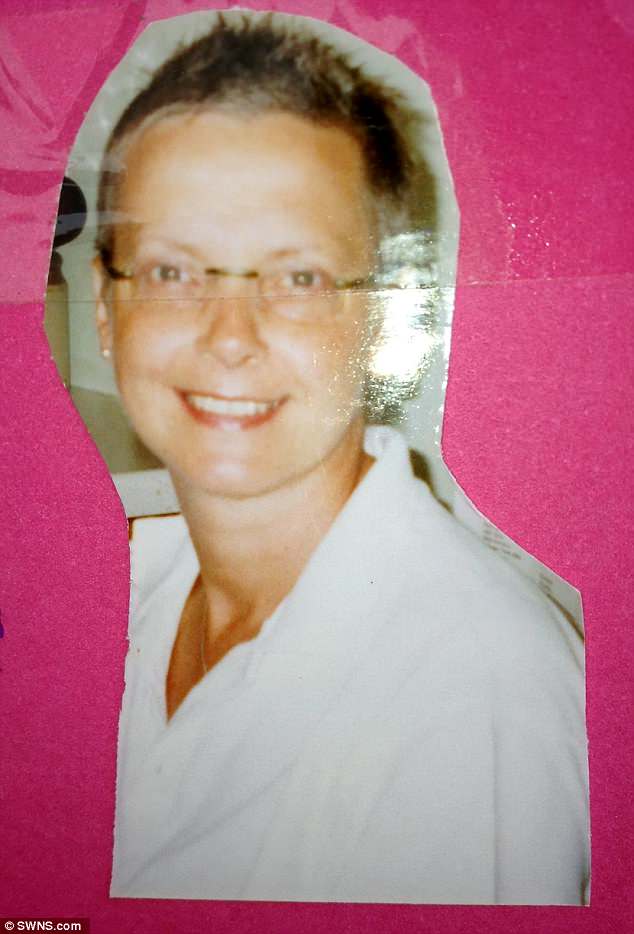