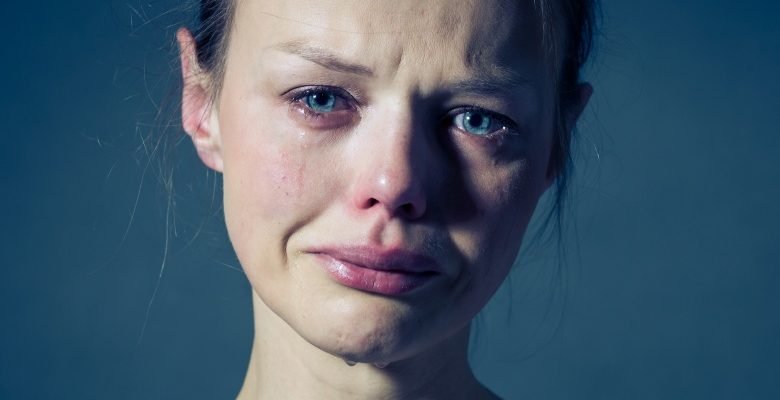 What fills more of your free time, crying or exercising? Cosmopolitan conducted a poll in 2010 and found that while most women cry once (or more) a month, 33 percent of women cry at least once per week. Centers for Disease Control and Prevention (CDC), on the other hand, reported 25 percent of women in the U.S. don’t exercise at all during a standard week. You read that correctly — on average, there are more women crying on a weekly basis than exercising. If only crying burned calories, right?

Nevertheless, crying does have an effect on your body — some of them positive — and much depends on what type of tears you’re shedding. According to Dr. Nick Knight, there’s even more than one way to cry — there’s three. Your body can produce basal, reflex, and psychic tears. Basal tears are responsible for keeping your eyes moist, reflex tears are the ones that help you get rid of a rogue eyelash, and physic tears are the ones that fall after you experience strong emotion.

Here’s what happens when you start sobbing and producing any of these three types of tears.

Raise your hand if you’ve ever cried tears of joy. What about crying after being frightened or upset? Oddly enough, we humans can cry for pretty much any reason. Even weirder is that parts of our brains can’t even differentiate why we’re crying.

In an article for Psychology Today, Dr. Jordan Gaines Lewis explained what’s going on. In our heads sits a small almond-sized region of the brain called the hypothalamus. When you’re happy, sad, stressed, insert any other emotion here, your hypothalamus only knows how to do one thing: react.

It receives a signal from another part of the brain called the amygdala — don’t worry if you forget these names, there won’t be a quiz at the end — which enables us to experience emotions. The amygdala continues to pass the buck to your nervous system. And, after this series of either fortunate or unfortunate events, your tear ducts start pumping out those tears. Meanwhile, your hypothalamus — the one responsible for all this mess — doesn’t even get why you’re crying. The audacity.

Americans may not exercise as often as we should, but if we cry frequently enough, it’s kind of like getting a workout. All you have to do is picture a toddler throwing a tantrum and you’ll know just how active crying can become.

Even if you don’t drop to the floor and flop like a fish when you’re crying, your shoulders are probably still bouncing around, heaving out those heavy sobs. Your skin may get blotchy or you might even develop a headache. Even if you’re not a particularly spry cryer, there’s still a lot going on internally.

Dr. Jonathan Rottenberg, a psychology professor at the University of South Florida, explained to Reader’s Digest, saying, “People who cry exhibit elevated heart rates and increased sweating. In this sense, crying is a ‘workout’ for the body.” This is because of the body’s fight or flight response to whatever it may have been that started the waterworks.

That lovely lady "lump" in the back … of your throat

When you feel yourself about to let lose some tears, you also begin to feel a hard lump forming in the back of your throat. Sometimes you don’t even have to be sad to experience it. If you’re nervous, you may also be met with the lump.

Dr. Jennifer Stagg, a biochemist and naturopathic physician enlightened us to not only what the lump is, but what it isn’t. In speaking with She Knows, she first explained that it isn’t actually a lump at all. Say what now?

“In medical terminology, it is referred to as ‘globus sensation,'” Stagg said. We may think we’re literally choking back tears, but, in reality, we are just experiencing a feeling that something is stuck in our throats. Thanks, brain. That said, even though it’s not “real,” you can ease the feeling by sipping some water or eating.

Other than trying to ward off the feeling with some fluids and nibbles, Stagg says there’s not much more than can be done — there’s no definitive treatment. It just comes with the territory of being human.

Here come the waterworks — from your eyes and nose

While you may picture a person crying from their eyes — thanks Hollywood — we all know that’s only partially true. Our noses love to help our eyes push out those tears, creating a lovely snot stream or two. Gross. So, what’s up with that, anyway?

Dr. Erich Voigt, director of the division of general otolaryngology (the study of ear, nose, and throat) at New York University Langone Medical Center told SELF what’s going on with our noses when we cry.

The liquid that decides to creep out of your nose while you’re crying is actually the same kind coming out of your eyes, well, plus some boogies. Essentially, while your tears are falling from your eyes and streaming down your face, they’re also doing the same thing internally — moving from your eyes and down into your nose. “You’re not making more mucous,” Voigt explained, “it’s just the tears draining and mixing with the mucous [that’s already there].”

At least we don’t snot from our eyes, right? Silver linings.

Dr. Judith Orloff, a psychiatrist and member of the University of California, Los Angeles Psychiatric Clinical Faculty says tears contain “healing power.” She believes in their transformative abilities so much that she actually encourages her patients to cry.

Orloff acknowledges the three types of tears and says each one plays its own role in healing. However, she explained that “emotional tears have special health benefits,” including reducing stress hormones. Could it be?

According to biochemist and “tear expert” Dr. William Frey, it could. “Crying is an exocrine process,” he told The New York Times, ”that is, a process in which a substance comes out of the body.” Other similar bodily processes, like exhaling and sweating, rid our bodies of toxic substances. “There’s every reason to think crying does the same, releasing chemicals that the body produces in response to stress,” he hypothesized.

Dr. Orloff and Dr. Frey aren’t the only ones who support the healing benefits of tears. According to a study published by Frontiers in Psychology, crying releases certain chemicals that seem to ease both physical and emotional pain. A natural stress-reliever and pain-killer — no prescription needed.

Emotional? Your tears will be stickier

According to The New York Times, Dr. Frey discovered some interesting contrasts when comparing types of tears. Physic, or emotionally-induced, tears — ones that would occur during, say, a breakup or a sappy movie — contain more protein than reflex tears. These would be the ones that your body produces when a piece of dust flies into one of your eyes or the kind of tears you endure while dicing up an onion.

Doctors and scientists interviewed by Time say all tears contain enzymes, lipids, metabolites, and electrolytes. Yet, emotional tears contain more protein than any other kind of crying. While no one knows exactly why this is, one theory is that tears with more protein (emotional ones) are more viscous, meaning they stick better to the skin and run down your face slower than other kinds. This makes our crying more noticeable to other people — for better or for worse.

Michael Trimble, a behavioral neurologist and one of the world’s leading experts on crying, feels it allows us to display vulnerability and “vulnerability is critical to human connection.” Dr. Rottenberg, on the other hand, feels we use it to manipulate others. “It can neutralize anger very powerfully,” he explained. Yikes. With great power comes great responsibility, right?

Your tears can save the world … or at least kill bacteria

When you’re without access to soap and running water, you might just turn to some hand sanitizer to get by. But what happens if you run out? Just cry into your hands. Okay, maybe that’s a stretch, but your tears may just be able to kill bacteria.

Tears contain a type of protein called lysozyme, which works to destroy molecules that are harmful to our health. One study in 2012 went so far as to say “lysozyme protein in tears annihilates dangerous bacteria.” Even anthrax can be killed off by this superhero-like protein. And to think we just waste our tears, spilling them across our cheeks over episodes of Grey’s Anatomy or This Is Us. Yes, our tears are probably cooler than we are.

Before you start emptying bottles of Purell and replacing them with your all-natural bacteria-fighting substitute, more studies need to be done to know just how good crying is for us.

Your mood will improve after a good cry

These days, self-care routines range from finding a few minutes of silence to soaking in a hot bubble bath. It may sound counterproductive, but a good old fashioned cry session may be the self-care technique you need to try next.

Ad Vingerhoets, a professor at Tilburg University in the Netherlands and a world-renowned expert on crying, shared some of his findings in his book, Why Only Humans Weep. After showing a group of people a sad movie, he and his colleagues assessed their moods. About an hour and a half after the film concluded, those who cried were not only in a better mood than they were when the movie was playing, but a better mood than before they even watched the film.

In essence, crying seems to be a really effective way to bounce back after a sad event or at least a cathartic activity to engage in every once in a while.

Although crying can make you feel better, it doesn’t always. And, even when it does, it’s not a quick trip to get there. In another section of his book (via Reader’s Digest), Vingerhoets said those in his study reported “a worse mood” immediately after seeing the sad film. After 20 minutes, they started to improve and it wasn’t until the 90 minute mark that they got to the best mood. Vingerhoets even wrote that many of the relieving benefits that come after shedding tears are myths.

Where you cry also makes a difference in how you’ll feel afterwards. “Crying at home or with supportive friends is healthy, but crying at work might be seen as inappropriate,” psychiatrist Judith Orloff told Reader’s Digest. The immediate after-effects of crying may negatively affect your mood, as Vingerhoets’ experiment proved. To cry or not to cry: that is the question — and maybe only one you yourself can answer.