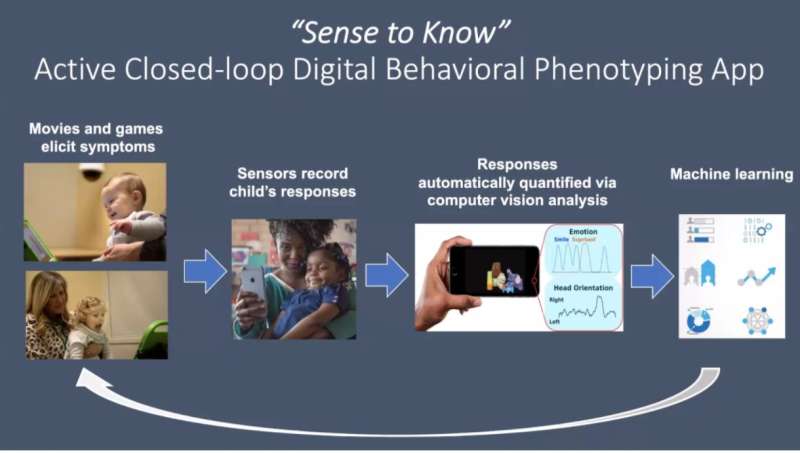 Autism spectrum disorder can be detected as early as six to twelve months old and the American Academy of Pediatrics recommends all children be screened between twelve and eighteen months of age.

But most diagnoses happen after the age of 4, and later detection makes it more difficult and expensive to treat.

One in 40 children is diagnosed with autism spectrum disorder and Duke currently serves about 3,000 ASD patients per year. To improve care for patients with ASD, Duke researchers have been working to develop a data science approach to early detection.

Geraldine Dawson, the William Cleland Distinguished Professor in the Department of Psychiatry & Behavioral Sciences and Director of the Duke Center for Autism and Brain Development, and Dr. Matthew Engelhard, a Conners Fellow in Digital Health in Psychiatry & Behavioral Sciences, recently presented on the advances being made to improve ASD detection and better understand symptoms.

The earlier ASD is detected, the easier and less expensive it is to treat. Children with ASD face challenges in learning and social environments.

ASD differs widely from case to case, however. For most people, ASD makes it difficult to navigate the social world, and those with the diagnosis often struggle to understand facial expressions, maintain eye contact, and develop strong peer relations. 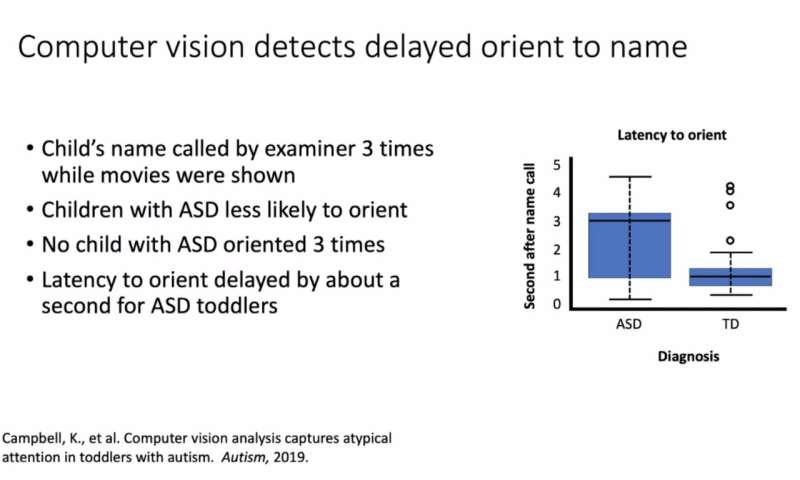 However, ASD also has many positive traits associated with it and autistic children often show unique skills and talents. Receiving a diagnosis is important for those with ASD so that they can receive learning accommodations and ensure that their environment helps promote growth.

Because early detection is so helpful researchers began to ask: Can digital behavioral assessments improve our ability to screen for neurodevelopmental disorders and monitor treatment outcomes?

The current approach for ASD detection is questionnaires given to parents. However, there are many issues in this method of detection such as literacy and language barriers as well as requiring caregivers to have some knowledge of child development. Recent studies have demonstrated that digital assessments could potentially address these challenges by allowing for direct observation of the child’s behavior as well as the ability to capture the dynamic nature of behavior, and collect more data surrounding autism.

“Our goal is to reduce disparities in access to screening and enable earlier detection of ASD by developing digital behavioral screening tools that are scalable, feasible, and more accurate than current paper-and-pencil questionnaires that are standard of care,” says Dr. Geraldine Dawson. 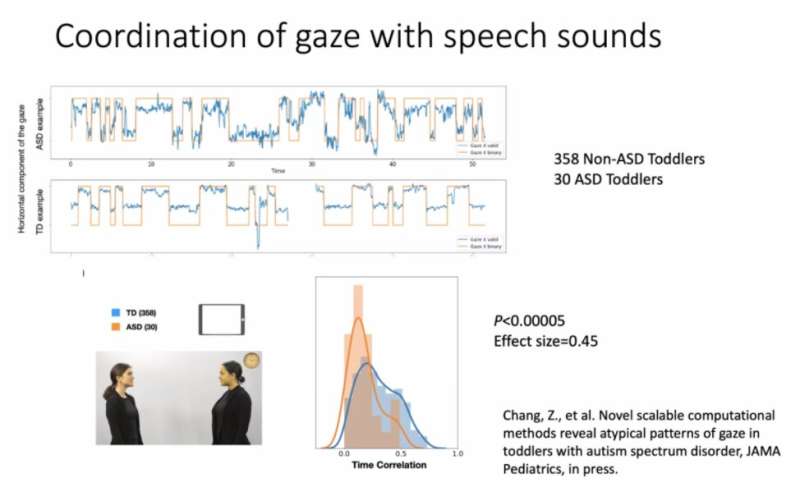 Guillermo Sapiro, a James B. Duke Distinguished Professor of Electrical and Computer Engineering, and his team have developed an app to do just this.

On the app, videos are shown to the child on an iPad or iPhone that prompt the child’s reaction through various stimuli. These are the same games and stimuli typically used in ASD diagnostic evaluations in the clinic. As they watch and interact, the child’s behavior is measured with the iPhone/iPad’s selfie camera. Some behavioral symptoms can be detected as early as six months of age are, such as: not paying as much attention to people, reduced affective expression, early motor differences, and failure to orient to name.

In the proof-of-concept study, computers were programmed to detect a child’s response to hearing their name called. The child’s name was called out by the examiner three times while movies were shown. Toddlers with ASD demonstrated about a second of latency in their responses.

Another study used gaze monitoring on an iPhone. Nearly a thousand toddlers were presented with a split screen where a person was on one side of the screen and toys were on the other. Typical toddlers shifted their gaze between the person and toy, whereas the autistic toddlers focused more on the toys. Forty of the toddlers involved in the study received an ASD diagnosis. Using eye gaze, researchers were also able to look at how toddlers responded to speech sounds as well as to observe early motor differences because toddlers with ASD frequently show postural sway (a type of head movement). 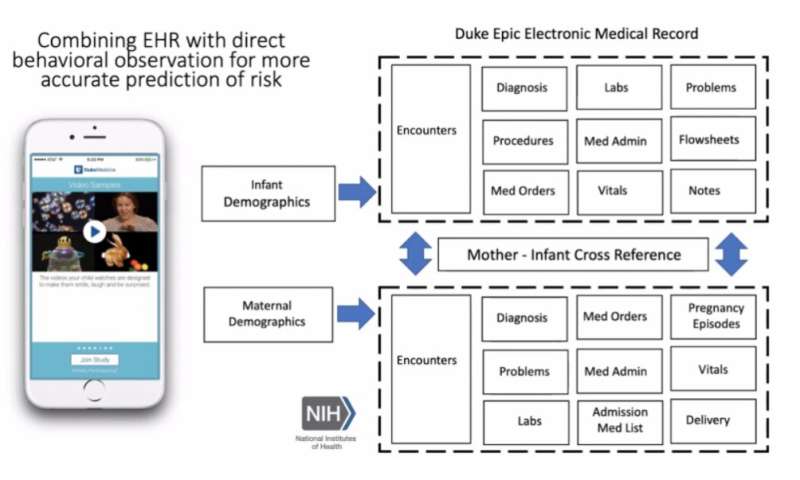 “The idea behind the app is to begin to combine all of these behaviors to develop a much more robust ASD algorithm. We do believe no one feature will allow us to detect ASD in developing children because there is so much variation,” says Dr. Geraldine Dawson.

The app has multiple features and will allow ASD detection to be done in the home. Duke researchers are now one step away from launching an at-home study. Other benefits of this method include the ability to observe over time with parents collecting data once a month. In the future, this could be used in a treatment study to see if symptoms are improving.