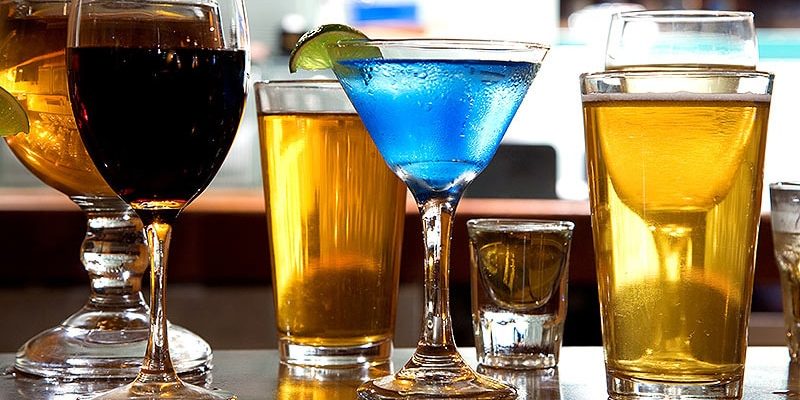 In a retrospective analysis of nationwide data, 7.83% of those patients who received psychotherapy, counseling, or drug treatment for alcohol abuse were readmitted within 30 days, versus 11.67% of those who did not receive these kinds of treatment.

The finding lends support to the argument that hospitals should invest more in the treatments, despite the complexities involved.

“It takes a multidisciplinary approach, starting from the physician or the health care provider along with the pharmacists, the behavioral health specialists, or a psychiatrist or psychologist, along with case management as well,” said Harleen Chela, MD, a third-year resident at the University of Missouri in Columbia. She presented the findings at the annual Digestive Disease Week (DDW).

The researchers started with the premise that patients with alcoholic hepatitis can prevent the condition from worsening by abstaining from alcohol. To see whether interventions aimed at encouraging that abstention could prevent readmissions, Chela and colleagues analyzed data on readmissions for the first 11 months of the year 2018.

They included patients who were at least 18 years of age and who had a nonelective admission with a principal diagnosis of alcohol abuse.

Using procedure codes, they compared those patients given psychotherapy (including cognitive behavioral therapy), formal inpatient counseling, and drug treatment for alcohol abuse to those who didn’t. Then they counted how many patients were readmitted within 30 days.

They found records of 45,617 patients admitted for alcoholic hepatitis of whom 1,552 received treatment for alcohol abuse and 44,065 did not.

They did not find any significant difference between the two groups in demographics, income, or insurance status.

Adjusting for such factors, the researchers found that people who received alcohol abuse treatment were 64% as likely to be readmitted as were those who did not (hazard ratio, 0.64; 95% confidence interval, 0.46-0.91; P = 0.01).

If alcohol abuse treatment is so effective, why isn’t it routine? “It’s not always feasible to implement this, on the inpatient side, because it takes more than a day or two just to get some of these things put in place,” Chela told this news organization.

They did find that people were more likely to get treatment for alcohol abuse if they were admitted to a hospital in a big city rather than a small town and if their hospital was owned by private investors rather than by a not-for-profit organization or the government.

“Larger hospitals and private sector institutions have more access to resources and money to have those kinds of systems in place for the patients,” said Chela.

She became interested in the issue at her hospital when she noticed that patients with alcoholic hepatitis were not getting behavioral counseling. “The inpatient load in the behavioral health side is so much that they don’t have time for these kinds of consults,” she said. “That’s one of the challenges: A shortage of behavioral specialists like psychiatrists.”

And hospitals tend to focus on treating conditions that threaten their patients’ lives in the short term. “Someone who has a heart attack or a gastrointestinal bleed – there’s more focus on resources for those kinds of patients,” she said.

Virginia Commonwealth University in Richmond provides alcohol abuse treatment to patients with alcoholic hepatitis partly using telehealth, said Richard Sterling, MD, MSc, chief of hepatology, who was not involved in the study. “For people who live too far away, don’t have transportation, or have other health disparities, we now have technology and mechanisms to keep them engaged in care,” he told this news organization. “We’re doing a lot of Zoom visits.”

Chela and colleagues also found that those who got alcohol abuse treatment were less likely to be discharged to a skilled nursing facility or to home health. The data couldn’t give the researchers a definitive reason for this, but Chela speculated that the patients who received treatment for alcohol abuse stayed longer in the hospital and may have been in better shape when they were discharged.

The U.S. health care system doesn’t necessarily provide incentives to keep patients healthy, Sterling said. “Hospital systems make money off of filling beds, and providing a lot of inpatient care and hospital days,” he said. “That may be not necessarily congruent with a health system that is supposed to provide health for these covered lives.”

Neither Chela nor Sterling reported any relevant financial relationships.