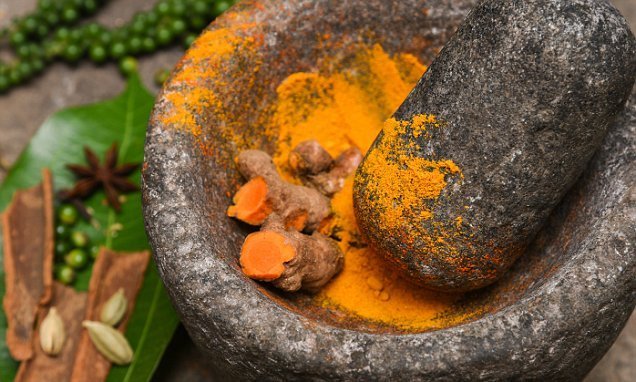 Could taking a probiotic alongside an Indian herbal remedy help you live to 100? Scientists claim the combination could boost the lifespan of humans

Taking a probiotic alongside a traditional Indian herb could help you live longer, a study suggests.

Scientists found giving the combination to fruit flies boosted their lifespan by 60 per cent and were protected against age-related diseases.

In humans, this would be the equivalent of an 80-year-old living until they reached 128. The oldest ever living person, French woman Jeanne Calment, was 122.

The Canadian researchers believe the findings could apply to humans – but warned it is unlikely they would be so dramatic. 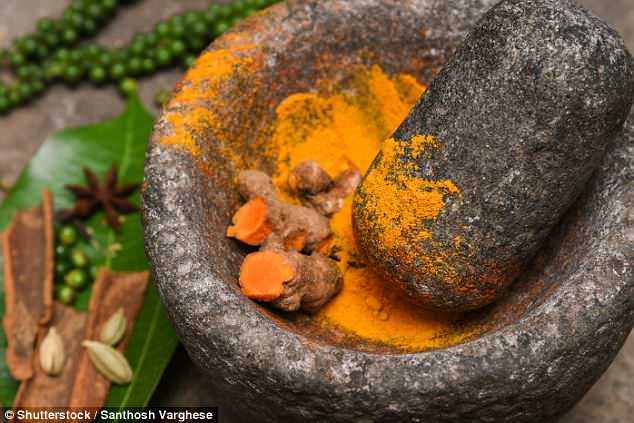 The study uses of Triphala, a herbal supplement used in a traditional type of Indian medicine

Fruit flies, which have been used in scientific research for decades, share more than two-thirds of their biochemical pathways with humans.

In the trial, the flies were fed a symbiotic – made of probiotics with a supplement rich in polyphenols – and the herbal remedy Triphala.

Those given the combination lived up to 66 days old – 26 days longer than flies in the control group.

They also showed reduced traits of aging, such as mounting insulin resistance, inflammation and oxidative stress.

The study, published in Scientific Reports, adds to a growing body of evidence of the influence that gut bacteria can have on health.

The scientists, led by Susan Westfall and Professor Satya Prakash, claim the result of the experiment may be down to the ‘gut-brain axis’.

Studies have shown the axis to play a role in a range of conditions, from irritable bowel syndrome to depression.

WHO IS THE WORLD’S OLDEST EVER LIVING PERSON? 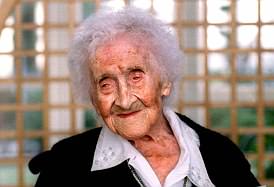 No human has lived longer than this – and researchers believe that this is because there is an age limit beyond which humans just cannot pass naturally.

Ms Calment greatly outlived her husband, who died at 73, and only gave up cycling when she was 100.

She smoked two cigarettes a day until five years before her death.

In 1877, as a girl of 13, in her hometown of Arles, she recalled selling pencils to Vincent Van Gogh, who lived nearby, who was ‘dirty, badly dressed and disagreeable.’

This axis is the name for the communication system between microorganisms residing in the gastrointestinal tract and the brain.

Professor Prakash explained that probiotics ‘dramatically change the architecture of the gut microbiota’.

Writing in the published study, he said ‘this allows a single probiotic formulation to elicit broad beneficial physiological effects’.

Professor Prakash revealed it does this by acting on several biochemical signalling pathways simultaneously.

‘[This] explains why the single formulation we present in this paper has such a dramatic effect on so many different markers,’ he added.

‘The effects in humans would likely not be as dramatic.

‘But our results definitely suggest a diet specifically incorporating Triphala along with these probiotics will promote a long and healthy life.’

A traditional Ayurvedic remedy for gentle gut cleansing, Triphala is made from three traditional Indian fruits: haritaki, amla and bibhtaki.

Available in some health food stores, it also contains psyllium, liquorice, fennel and linseed – considered by some nutritionists as gold- standard gut-clearers.

Triphala was used in the study because of Dr Westfall’s interest in traditional Indian medicine and how it may impact neurodegenerative diseases.

She revealed that the team of researchers ‘did not imagine how successful this formulation would be’.

They now believe the study could impact future research and treatment in diabetes, obesity, neurodegeneration, depression and even cancer.