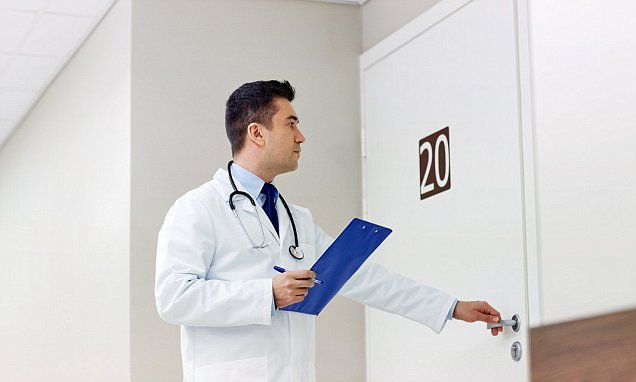 Hospital superbugs could be destroyed by covering bed rails and door knobs with sheeting inspired by shark skin, research finds

Hospital superbugs could be destroyed by covering bed rails and door knobs with sheeting inspired by a shark’s skin, according to new research.

The creatures’ rippled skin stops bacteria sticking to them in the sea and causing infection – meaning they simply wash off.

Now scientists have designed a coating material infused with antimicrobials – that is based on this patterned diamond-like texture of sharks’s skin.

They hope it will help combat growing resistance to antibiotics which the World Health Organisation has described as a ‘global emergency.’ 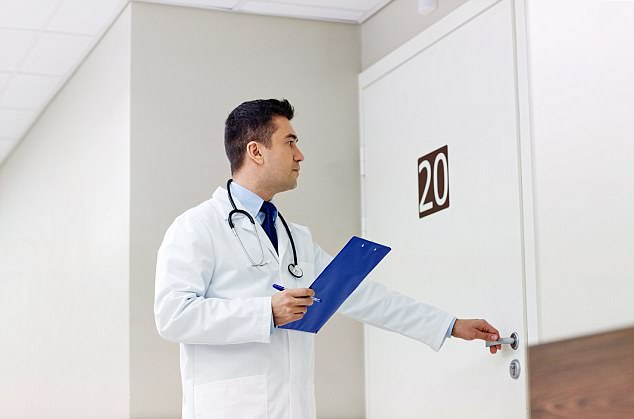 Hospital superbugs could be destroyed by covering bed rails and door knobs with sheeting inspired by a shark’s skin, according to new research

Professor James Watkins, of the University of Massachusetts Amherst, and colleagues produced plastic and ceramic coverings – making them viable for a range of objects.

Prof Watkins said: ‘Although commercial antibiotics are the most common way to kill bacteria, their misuse and overuse have led to widespread antibiotic resistance.’

This has resulted in more than two million infections and 23,000 deaths a year in the U.S. alone.

Prof Watkins said: ‘New coatings for high-touch surfaces, such as bed rails, door knobs, etc, that both limit the attachment of microorganisms and inactivate the persistent microbes are in high demand.’

Drawing inspiration from nature the diamond-like riblets on the skin of sharks facilitate self-cleaning, he said.

Prof Watkins said sharks – which have been around for 400 million years – are often the subject of TV specials or news stories focusing on their attacks on humans.

But they could hold the key to a new type of surface that would attack bacteria – helping instead of hurting people. 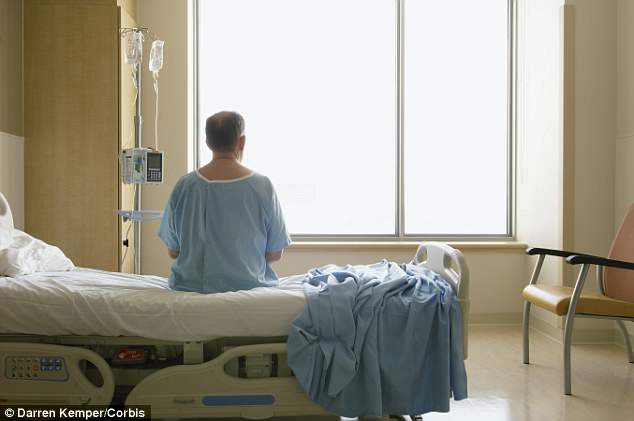 Antibiotic resistance has resulted in more than two million infections and 23,000 deaths a year in the U.S. alone

His team whose findings are published in Applied Materials & Interfaces printed their own shark skin surfaces with polymer and ceramic composites.

This reduced the attachment of food poisoning bug E. coli by 70 percent compared to smooth films.

But when they added titanium dioxide (TiO2) nanoparticles and exposed the surfaces to UV light for one hour the results were extraordinary.

They killed off over 95 per cent of E. coli and 80 percent of superbug Staphylococcus aureus – more commonly known as MRSA.

Prof Watkins and colleagues say their fabrication method could be scaled up for mass production.

Prof Watkins said scientists have been developing coatings for high-touch surfaces to fight the spread and growth of microbes.

One called Sharklet AF mimics a shark’s skin and reduces the ability of bacteria to stick to surfaces. 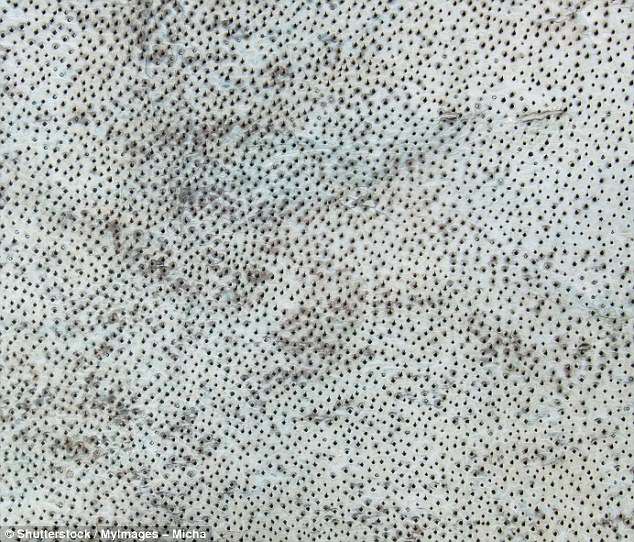 But long-term use will result in the accumulation of bugs.

Prof Watkins and colleagues say their’s will not. Bacteria have an easier time spreading out on smooth surfaces,

Infections from drug-resistant superbugs like MRSA, a potentially fatal strain of staph, are becoming commonplace.

The new material could be stuck on surfaces ranging from nursing call buttons and tray tables to catheters and water containers.

Prof Watkins said: ‘To the best of our knowledge this work represents the first reported use of antibacterial nanoparticles in shark-skin patterns.’