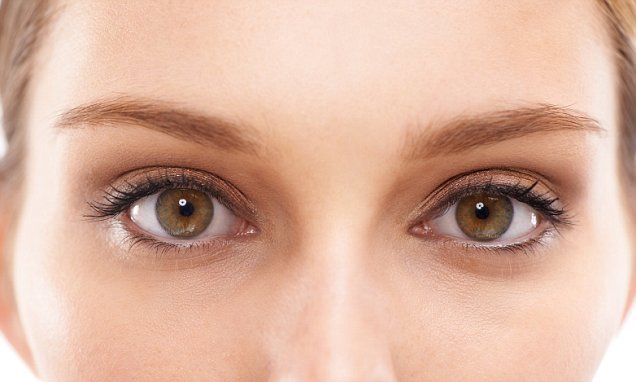 Sunglasses aren’t just a fashion statement – they could save your sight!

Most of us know the dangers the sun poses to our skin, and will make an effort with SPF. But chances are we’ll miss a key area on our faces: the skin around our eyes.

In the UK, skin cancer rates are rising, with a significant proportion of them being cancers of the eyelid.

Eyelids and the surrounding area are a hot spot for cancer because the skin is thinner, and it is often without protection from the sun.

It’s not just that we’re failing to put on enough suncream: we’re also not choosing the right sunglasses. The sun’s ultra-violet (UV) rays can damage the eyes, causing sunburn to the eye’s surface as well as contributing to cataracts (where the lens clouds over) in the long term. 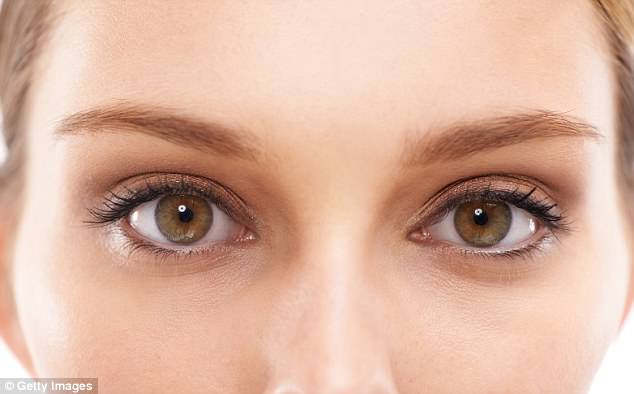 See for yourself: Around 13,600 cases of eyelid cancers are diagnosed, each year

Tricia Griffin hadn’t appreciated the risks until she developed a skin cancer on her eyelid. She first noticed a tiny white lump on her eyelid as she was putting on her make-up two years ago.

‘I assumed it was connected to getting older — a bit like a skin tag,’ says Tricia, 65, a retired teacher from Barnet, North London, who has a daughter, Ruby, 28. ‘I vaguely thought I must get it checked, but didn’t get around to it. It never got bigger or obscured my vision.’

Then, four months later, Tricia visited her cousin Mary who’d just had an eye operation. ‘She told me she’d had skin cancer in her eyelid and when she described the lump I realised to my horror that I had the same,’ says Tricia.

‘I was shocked. I’d always looked out for changes in moles and hadn’t realised this area could be prone to cancer.’

She went straight to her GP and was referred through her medical insurance to a private specialist, who diagnosed a basal cell carcinoma on her eyelid.

Basal cell carcinomas are the most common type of skin cancer on the eyelids and affect the deeper layer of the skin. Although they rarely spread to other parts of the body, they can damage surrounding structures such as the tear duct and the eye’s opening mechanism.

Around 13,600 cases of eyelid cancers are diagnosed each year, making up around 10 per cent of non-malignant skin cancers diagnosed in the UK.

The second most common form of eyelid skin cancer is squamous cell carcinoma, which affects the outer layers of the skin.

Together, basal cell and squamous cell carcinomas account for 95 per cent of all eyelid cancers (malignant melanoma, an aggressive skin cancer that spreads to other organs, is rarer in the eyelids). 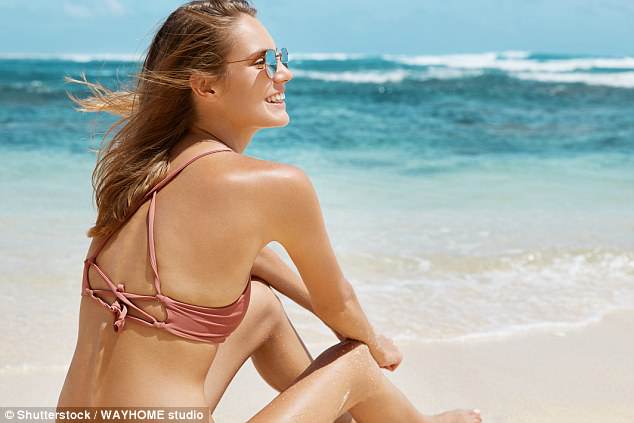 Be careful: Eyelids are prone to cancer because the skin is thinner and without protection

Basal cell and squamous cell carcinomas may start off as small pimples or fleshy bumps, but can grow, bleed and crust over, explains Raj Das-Bhaumik, a consultant ophthalmic surgeon at Moorfields Eye Hospital in London. ‘Skin may thicken and develop into ulcers that don’t heal,’ he adds.

Other changes to look out for include redness and inflammation of the eyelids, unexplained eyelash loss and the eyelashes turning white, caused by pigment cells being affected by the cancer.

You should see your GP if you notice any of these changes.

RISK OF SUNBURN OF THE EYEBALLS

‘Although genes play a role, sun exposure is a huge risk factor for developing these cancers,’ says Mr Das-Bhaumik.

Cancer Research UK figures for 2015 suggest the number of non-melanoma skin cancers has risen by 61 per cent in the past ten years.

Dr Howard Stevens, a consultant dermatologist at the Royal Free Hospital and Skin Care Network in London, where Tricia was treated, says specialists are seeing a surge in cases of skin cancer, including those on the eyelid, as the generation who had the first Spanish package holidays in the Seventies hit retirement age.

‘The sun protection message didn’t really get going until the Nineties — so we’re now seeing the effects of the sun on people who had decades of sun exposure without protection,’ he says.

As well as cancer, UV damage can lead to photokeratitis, a type of sunburn of the cornea, the clear part at the front of the eye. This is more common in areas where light reflects off surfaces such as water, or snow up a mountain.

Photokeratitis causes inflammation of the cornea and can be treated with mild steroid drops.

‘It is extremely painful and can result in temporary sight loss,’ says Mr Das-Bhaumik.

Sunlight can also cause a condition called pterygium, a pink fleshy growth on the conjunctiva, the clear thin membrane that lines the eyelid and front of the eye, which can become inflamed, he adds. These growths are not cancerous and usually don’t need treatment, but if they blur vision then they’re removed surgically.

Cataracts, a common eye condition where the lens in the eye becomes cloudy and vision is blurred, is also thought to be accelerated by UV damage from the sun.

Indeed a study by Case Western University in Cleveland, Ohio, in 2014 suggested that UV light can trigger damage by free radicals in the eye.

Sunlight encourages proteins in the lens to clump together, which makes it cloud over, explains Mr Das-Bhaumik. ‘The damage builds up over time. Damage in childhood can result in cataracts developing prematurely.’

Cataract surgery is the most common elective procedure done in the UK. Most people over 65 have cataract-related sight problems, and 300,000 operations are performed every year to remove the cloudy lens and replace it with an artificial clear one.

HOW TO CHOOSE THE RIGHT SHADES

To protect yourself from sun damage, the advice is to sit in the shade and wear a wide-brimmed hat. And — crucially — to wear sunglasses when it is sunny (all year round) even in the UK.

‘Wearing sunglasses isn’t about fashion or seeing in bright light, but about protecting the eyes and the skin around them,’ says Mr Das-Bhaumik.

Ideally, they should be large wraparound sunglasses that fit tightly, to block out sun from all sides, he says. ‘It’s important they fit your face and sit properly on the nose and don’t let any sun in.’

While wraparound glasses are best, another option is glasses that cover your eyebrows and the bone below your eye, and cover as much of the edge of your nose as possible. 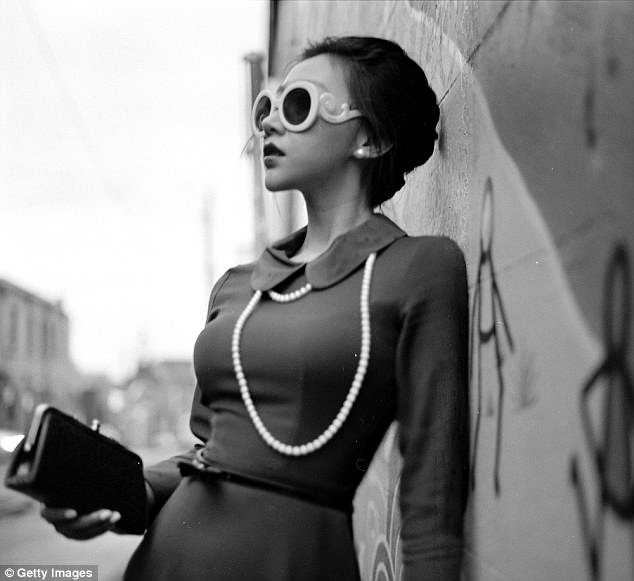 Did you know? The sun’s UV rays can damage the eyes, causing sunburn to the eye’s surface

Emma Shields, from Cancer Research UK, adds: ‘The sunglasses should also have a CE mark which signifies they meet European safety standards and block all UV rays from the sun. If you follow this rule you shouldn’t need to apply suncream around the eyes, which can cause irritation.’

Sunglasses with no UV protection could be worse than wearing no sunglasses as the dark lenses make the pupils of your eye dilate and let in more harmful rays, warns Mr Das-Bhaumik, who himself wears aviator or wraparound sunglasses with polarised lenses which block out horizontal and vertical light, prevent glare and improve contrast.

‘My cheapest pair of these cost £6 and have a CE mark and do the job fine,’ he says.

In retrospect, Tricia Griffin blames her choice of sunglasses for her cancer. ‘I thought I’d been careful,’ she says. ‘I’d never put suncream on my eyelids as it caused irritation, but I assumed my sunglasses would protect me, though I admit they were a fashionable style rather than wraparound.’

Eyelid cancer is diagnosed by a biopsy, and the tumour is usually removed with surgery. The most effective operation for basal cell and squamous cell carcinomas is Mohs micrographic surgery.

‘This is a precise technique where the cancer is removed in layers, a bit like peeling an onion,’ explains Dr Stevens. ‘It’s examined under a microscope during the procedure to check we have clear margins around the tumour. It has a cure rate of around 98 per cent.’

After surgery the eyelid usually heals itself, or it can be repaired or reconstructed so the patient can still open and close their eye.

Tricia had a tumour the size of her thumb removed under local anaesthetic. ‘Although it looked small on the surface, it was like an iceberg with about 75 per cent below the surface,’ says Tricia. ‘I’m lucky I went to the doctor before it invaded more tissue.

‘I now wear high factor suncream every day and wraparound sunglasses whenever the sun is out — in winter and summer.’