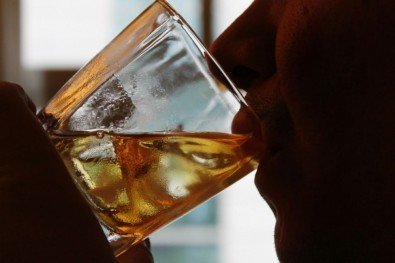 A group of researchers at the University of São Paulo’s Medical School (FM-USP) in Brazil recently published the results of a study on the links between alcohol and drug use and the occurrence of violent deaths.

The study supported by São Paulo Research Foundation—FAPESP quantifies these links for the case of São Paulo, Brazil’s largest city. It shows that the consumption of alcohol or at least one type of drug correlated with more than half (55 percent) the violent deaths that occurred in the city between June 2014 and December 2015.

The study resulted from the postdoctoral research of epidemiologist Gabriel Andreuccetti, supervised by Heráclito Barbosa de Carvalho, a professor in FM-USP’s Department of Preventive Medicine, in collaboration with the same university’s Department of Legal Medicine and the University of California Berkeley (USA) and with the support of São Paulo’s Forensics Institute (IML) and funding from FAPESP. The article was published in the journal Injury.

To obtain data for the study, Andreuccetti used a probabilistic sampling method with the city of Sao Paulo as the target population. “We studied fatally injured adult victims who had a sudden, unexpected, violent or otherwise nonnatural cause of death, taking samples from the main forensic medical facilities that serve the city of São Paulo and its 96 districts,” he told.

Under Brazilian law, the body of anyone who dies suddenly, unexpectedly or violently must be autopsied by a medical examiner. Some 7,000 deaths matching this requirement occur annually in São Paulo, mostly homicides (26 percent), traffic-related deaths (20 percent) and suicides (12 percent).

To obtain a representative sample of violent deaths in São Paulo, Andreuccetti collected blood from bodies during autopsies at morgues across the city on different weekdays and at different times of day during a 19-month period in 2014-15.

Victims who had received six or more hours of medical treatment for injuries or survived for a similar period before succumbing were excluded from the sample.

“Many seriously injured people die in the hospital and are taken to the morgue,” Andreuccetti said. “In many cases, the fatal injury occurred suddenly or violently, and the victim may have been under the effect of drugs at the time of the accident, crime or suicide, but if they’re hospitalized for more than six hours, the alcohol and drugs in their bloodstream may have been affected since the traumatic event. These cases were therefore excluded from the study.”

However, São Paulo is an exception. In Brazil overall, these fluctuations have been far smaller, and the death rate from these two causes remains high,” Andreuccetti said.

Having established the situations in which the deaths occurred, the next step was to identify the victims with alcohol and/or drugs in the bloodstream. This process entailed subjecting blood samples from all victims to comprehensive screening for the use of a range of drugs and alcohol-related compounds.

Blood alcohol concentration was measured by headspace gas chromatography. The presence of other drugs, including amphetamines, barbiturates, benzodiazepines, cannabis, cocaine, opioids/opiates (methadone, morphine, and heroin, among others) and phencyclidine (angel dust), was detected by enzyme-linked immunosorbent assay (ELISA) and quantified by mass spectrometry.

Alcohol was the most prevalent substance found, followed by cocaine, cannabis, and benzodiazepines. More specifically, among the 202 victims with alcohol and/or drugs in their blood, 30.1 percent had used alcohol, 21.9 percent cocaine, 14 percent cannabis and 11.5 percent benzodiazepines, while 16.2 percent had used both alcohol and one of these drugs. “We hadn’t expected such a high prevalence of drug use in the sample. For every five victims who used drugs, four used cocaine or cannabis. This is cause for concern,” Andreuccetti said.

In the case of traffic-related deaths, 42.9 percent of the victims had used alcohol, while one in five (21.4 percent) had used two or more drugs. “Interpersonal violence tends to be influenced more by drug use, whereas traffic accidents are influenced more by alcohol use,” Andreuccetti said.

In the case of homicides, drugs or alcohol were found in no fewer than 59.6 percent of the blood samples analyzed, with 16.3 percent containing both alcohol and cocaine.

Suicides used alcohol less than all other categories: only 9.1 percent of the samples from suicides were found to contain alcohol. On the other hand, benzodiazepine use was among the highest in this group, accounting for 18.2 percent.

Men were far and away the majority among victims who were alcohol and drug users, and a significant proportion were young: nine in ten of the 202 victims in question were male, and roughly one in three were under 30. “This is the age group with the largest proportion of homicide victims in Brazil, and in our study, the use of other drugs, alone or with alcohol, was also most prevalent in this group,” Andreuccetti said.

A breakdown by ethnicity shows that half the victims (50.3 percent) were white and the rest (49.7 percent) were brown (“pardo”), black or classed in another ethnic category. The study also found that 60.5 percent of the deaths examined took place between 6 pm and 6 am. More people die violently at night than during the day in São Paulo City.

A revealing finding is that 15.9 percent of all the victims sampled had a criminal record. Alcohol and drug use combined was higher among these than it was among victims with no criminal record.

Whenever possible, Andreuccetti noted the city district where the victim’s fatal injury occurred. As a result, the study inferred that most violent deaths while the victims were under the influence of drugs occurred in the city center or the outlying suburbs, areas where most commerce establishments and most low-income households are located, respectively.

“This suggests there’s a socioeconomic component, but a specific study would be needed to find out more,” he said. “On the other hand, alcohol use associated with these deaths appears to be more disseminated throughout São Paulo City.