A large research team led by senior author Guodong Zhang at the University of Massachusetts Amherst reports that the antimicrobial ingredient triclosan, found in hand soaps and toothpastes among other products, could have adverse effects on colonic inflammation and colon cancer by altering gut microbiota, the microbes found in our intestines.

The study reported in Science Translational Medicine suggests that short-time treatment with low-dose triclosan caused low-grade colonic inflammation, and exaggerated disease development of colitis and colitis-associated colon cancer in mice, Zhang says. “These results, for the first time, suggest that triclosan could have adverse effects on gut health,” he notes.

Co-first authors Haixia Yang and Weicang Wang, both from the Zhang laboratory in the food science department at UMass Amherst, point out that triclosan is among the most widely used antimicrobial ingredients and is found in more than 2,000 consumer products. They note that a National Health and Nutrition Examination Survey showed that triclosan was detected in about 75 percent of the urine samples of individuals tested in the United States and it is among the top ten pollutants found in U.S. rivers.

“Because this compound is so widely used, our study suggests that there is an urgent need to further evaluate the impact of triclosan exposure on gut health in preparation for the potential establishment of further regulatory policies,” says Yang, a postdoctoral fellow in Zhang laboratory.

His co-author, food scientist Hang Xiao, adds, “In particular, we used a genetically engineered mouse model which develops spontaneous inflammatory bowel disease or IBD. Also, treatment with triclosan significantly increased disease development of IBD in the mice, suggesting that IBD patients may need to reduce exposure to this compound.”

In a series of experiments designed to explore mechanisms, the research team found that gut microbiota is critical for the observed adverse effects of triclosan. Feeding triclosan to mice reduced the diversity and changed the composition of the gut microbiome, a result similar to what was observed in a human study conducted by others, Zhang says. 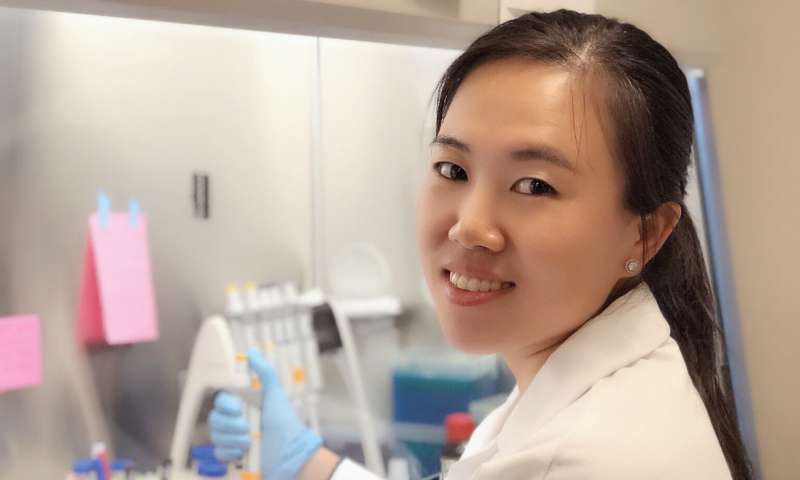