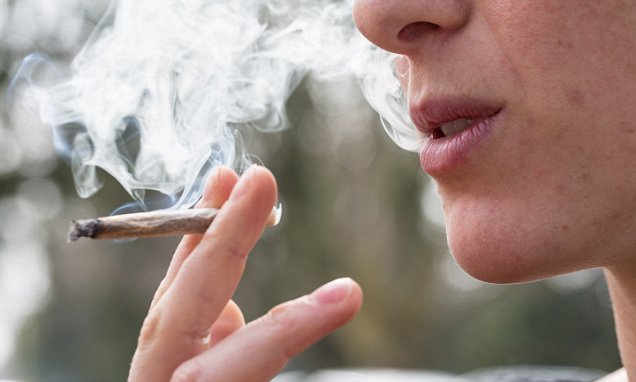 Marijuana may contribute to depression by making people less able to forget bad memories and ‘burdening’ the brain, study finds

People who smoke cannabis remember bad emotions more vividly than non-smokers, which could contribute to a higher risk of depression, research suggests.

Those with good mental health tend to hang onto happy memories while negative ones fade quicker – a process called fading affect bias.

Among people who regularly smoke marijuana, however, the negative memories hang around for longer and bad emotions continue to be more intense.

One researcher describes the ‘cognitive burden’ of carrying bad memories.

Smokers also have more general memories of their life events, and are more likely to remember large vaguer events such as going on holiday, rather than a specific day.

Both traits are also associated with depression, and the researchers say their findings add to evidence the condition and marijuana use could feed off one another other. 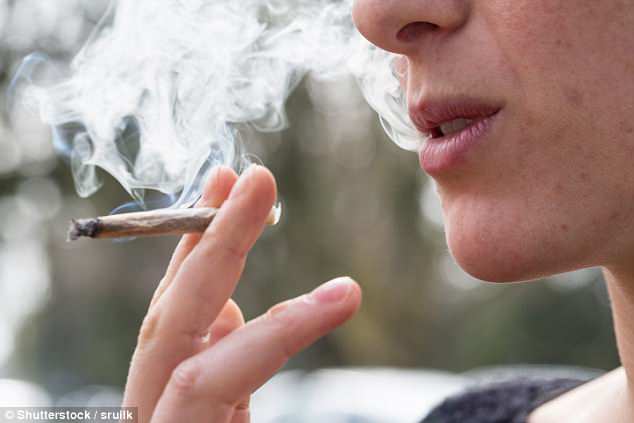 People who smoke marijuana hold on to bad memories and their associated emotions for longer, as well as remembering their lives more generally, scientists say

Heavy marijuana users still experience a fading affect bias but it is slower than it is in normal people, say the researchers at Ontario’s University of Windsor.

The effect could be ‘a psychological immune system’, the study’s lead author Daniel Pillersdorf, a graduate student in psychology, told Live Science.

Mr Pillersdorf said the brain may fade out negative memories ‘so that we think more pleasantly in general, and don’t have that cognitive burden of holding on to negative emotions associated with memories’.

This suggests a reduced ability to get rid of bad emotions could be more strenuous for the brain.

The study has not yet been published but the team’s findings were presented at the annual meeting of the Association for Psychological Science on Friday, May 25.

This was the first study to analyse the effect of smoking cannabis on fading affect bias.

The researchers collected information from 46 marijuana users, most of whom used it four or more times per week, and 51 people who didn’t smoke it at all.

All 97 participants were asked to write written descriptions of three good and three bad memories, and to rate the intensity of the emotion attached to the memories.

DOES MARIJUANA CAUSE DEPRESSION IN TEENAGERS?

Research published last year found teenagers who increase their marijuana use with age have a greater risk of depression.

Men who infrequently use cannabis at age 15 but dramatically increase their use up to 19 years old, are more at risk than those who consistently take the drug throughout their teens.

A study by the University of Pittsburgh analysed information about 158 men and their marijuana use.

The men self-reported their drug use, had MRI scans and were examined for depressive symptoms.

It is not clear why increasing use has more of an effect than using marijuana consistently.

Lead author Dr Erika Forbes said: ‘Even though most people think marijuana isn’t harmful, it may have severe consequences for some people’s functioning, education and mood.’

The drug users – who were not under the influence when they were recalling the memories – still showed a fading affect but it was not as strong.

‘Hanging on’ to unpleasant memories

Pillersdorf told Live Science: ‘They were hanging on to that unpleasant affect over time.

‘They were less able to shed that unpleasantness associated with their memories.’

OGM occurs when people are less able to recall specific memories, and instead remember more general events such as things that have happened repeatedly or over a long period of time.

Cannabis may be putting people more at risk of depression

The team could not explain the science behind their findings, but said their results agree with past research claiming a link between heavy marijuana use and depression.

Pillersdorf suggests the reduced ability of the brain to shed bad memories could contribute to the development or continuation of depression.

He said: ‘It may be that, chronic or frequent cannabis use is putting [a person] more at risk for the development or continuing of depression’.

The researchers called for more long-term research into the link between the two.