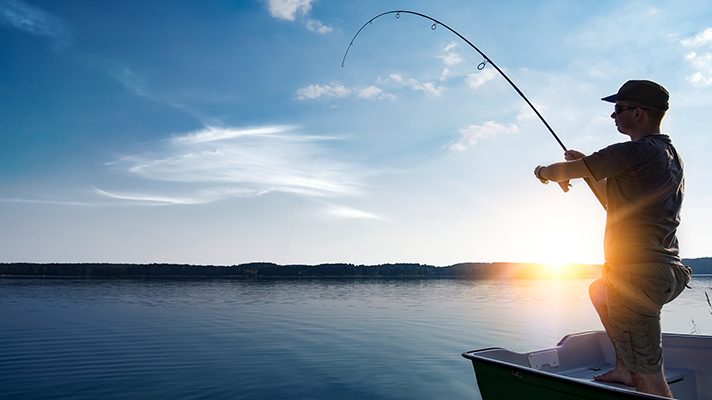 Leigh Williams has a metaphor she likes to use to describe the shift from fee-for-service to value-based care. It's about fishing, in a boat on a lake.

When there's a storm forming on the horizon when the barometric pressure starts dropping, that's when the "fish start biting like mad," said Williams, administrator of business systems at University of Virginia Health System.

In that way, it's the "best time to be out there," she said. "You need to get back to shore, but you really don't want to because you're out there to catch fish."

Right now, most of healthcare is on the cusp of fee-for-service and value-based care, she explained. Providers are still making money with volumes of patients, but there's a change looming that could be a wake-up call.

Health system CEOs, CFOs and execs often seem to be saying, "I see that maybe there's a storm on the horizon, but I'm not ready to cut bait and go back in yet because there's no incentive to," said Williams. "But at some point, the storm is going to be on top of you, and if you stay too long, you're going to get hurt.”

The trick is to figure out the best time to shift over and start value-based care initiatives to get you safely to shore.

Williams was speaking this past week at the HIMSS Precision Medicine Summit. There, she offered advice for health systems looking to make that transition – specifically on building analytics and quality improvement projects that have buy-in from the C-suite, IT staff and clinicians alike.

Many people working in earnest to turn the ship around know that budget season often means a "gladiatorial battle where you have to take on your colleagues and prove that your project is more important for funding," said Williams.

In a cash-strapped environment, the first key to getting good projects the resources they need is to do some good PR work: helping your bosses to understand "what you're working on, and then engaging them and getting some of the alignment to be able to do your work," she said.

That means finding ways to make the "complex work we do relatable to them."

Another recommendation is to find ways to leverage existing IT infrastructure, putting it to work in new and creative ways that can drive value for the larger organization. In many cases, said Williams, "we've built all these data farms and some executives don't think they're getting the value out of them that they expected."

One useful strategy is to "find out where are there some failed or struggling initiatives that didn't prove out their ROI, find out what the technologies are and bring them into use cases for something new," she explained. "Say, 'I can get you more value for that' and leverage it in a way that wasn't planned five years ago when the investments were first made."

But a more basic challenge is to simply be able to relate to the C-suite just how that ROI is delivered – explaining complex initiatives in easy-to-understand ways.

"AI, precision medicine, genomics, those are going to be difficult topics – how do you prove ROI on an initiative that keeps people out of the hospital, or prevents harm?" said Williams. "You've got to look past the moment. A lot of execs are used to evaluating ROI in the next quarter, or by the end of the fiscal year."

But so much of the value of value-based initiatives won't show itself for years beyond that.

It's key to be able to explain that the analytics work is focused largely on "preventing things from happening, or changing the way patients seek their treatments. That intrinsically means we need to come up with new ways of evaluating the work."

That means being able to get C-suite executives to "think about it in phases, and getting them to see that it will be building on itself over time," said Williams, showing them that there's value in "changing the way we do business, fundamentally getting to somewhere new."

To do that, it's critical to stage it out, setting their expectations about what the investment will be and when they can start to see those changes," she explained. "Some of this work is going to take years to have the outcomes we want."

At UVA, for example, the leadership has learned to take the long view, she said, focusing on five to 10 years on the horizon. It's a mistake to let executives think a given project is going to change everything overnight.

For instance, "you start losing trust if they thought you were going to cure behavioral health issues this year," said Williams. "You have to help them understand what the goals are, so it's realistic what to expect."

So if an executive asks, "We spent $17 million – what did you get out of it?" You reply, "We got the infrastructure we need, or a new program in three clinics that they haven't had time to be able to do. It's about considering what that ROI is over time and communicating it to those who are looking for a financial return."

The next HIMSS Precision Medicine Summit will take place at HIMSS19 in Orlando on Feb. 11, 2019.