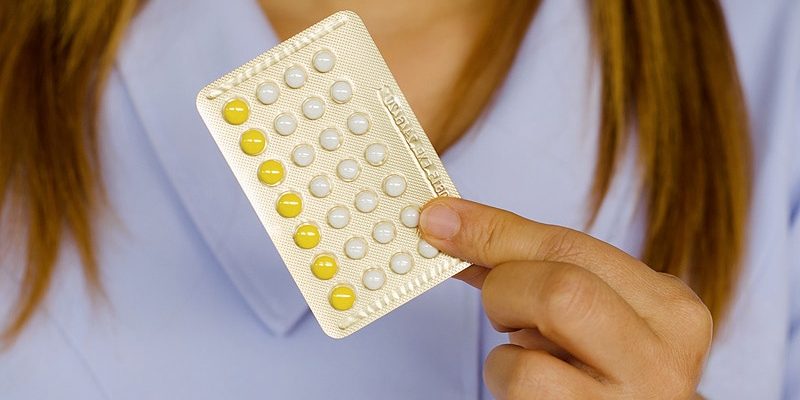 Contrary to previous analyses, women without a history of psychiatric illness who take combined hormonal contraceptives do not have an increased risk for attempted suicide but may have a reduced risk with extended use, new research suggests.

Further analysis showed this was confined to women without a history of psychiatric illness and the reduction in risk rose to 43% among those who took combined hormonal contraceptives rather than progestin-only versions.

The protective effect against attempted suicide increased further to 46% if ethinyl estradiol (EE)-containing preparations were used. Moreover, the beneficial effect of contraceptive use increased over time.

The main message is the “current use of hormonal contraceptives is not associated with an increased risk of attempted suicide in our population,” study presenter Elena Toffol, MD, PhD, Department of Public Health, University of Helsinki, Finland, told meeting attendees at the virtual European Psychiatric Association (EPA) 2022 Congress.

Toffol said there could be “several reasons” why the results are different from those in previous studies, including that the researchers included a “larger age range.” She noted it is known that “older women have a lower rate of attempted suicide and use different types of contraceptives.”

Toffol told Medscape Medical News that although it’s “hard to estimate any causality” because this is an observational study, it is “tempting to speculate, and it is plausible, that hormones partly play a role with some, but not all, women being more sensitive to hormonal influences.”

However, the results “may also reflect life choices or a protective life status; for example, more stable relationships or more conscious and health-focused behaviors,” she said.

“It may also be that the underlying characteristics of women who are prescribed or opt for certain types of contraceptives are somehow related to their suicidal risk,” she added.

However, she emphasized the World Health Organization has calculated that, for every adult who dies by suicide, more than 20 people attempt suicide. In addition, data from the US Centers for Disease Control and Prevention indicate that attempted suicides are three times more common among young women than in men.

“What are the reasons for this gender gap?” Toffol asked during her presentation.

Toffol added that about 70% of European women use some form of contraception and, among Finnish women, 40% choose a hormonal contraceptive.

The researchers conducted a nested case–control analysis combining 2017 national prescription data on 587,823 women aged 15-49 years with information from general and primary healthcare registers for the years 2018 to 2019.

They were able to identify 818 cases of attempted suicide among the women. These were matched 4:1 with 3272 age-matched healthy women who acted as the control group. Use of hormonal contraceptives in the previous 180 days was determined for the whole cohort.

Kaplan-Meier analysis showed there was a significant difference in rates for attempted suicide among hormonal contraceptive users vs non-users, at an incidence rate ratio of 0.73 (P < .0001) — and the difference increased over time.

In addition, the incidence of attempted suicide decreased with increasing age, with the highest incidence rate in women aged 15-19 years (1.62 per 1000 person-years).

Conditional logistic regression analysis that controlled for education, marital status, chronic disease, recent psychiatric hospitalization, and current use of psychotropic medication showed hormonal contraceptive use was not linked to an increased risk of attempted suicide overall, at an odds ratio of 0.79 (95% CI, 0.56 – 1.11).

There was a suggestion in the data that hormonal contraceptives containing desogestrel or drospirenone alongside EE may offer the greatest reduction in attempted suicide risk, but that did not survive multivariate analysis.

Toffol also noted that they were not able to capture data on use of intrauterine devices in their analysis.

“There is a growing number of municipalities in Finland that are providing free-of-charge contraception to young women” that is often an intrauterine device, she said. The researchers hope to include these women in a future analysis.

Commenting on the findings for Medscape Medical News, Alexis C. Edwards, PhD, Virginia Institute for Psychiatric and Behavioral Genetics, Virginia Commonwealth University School of Medicine, Richmond, said the current study’s findings “made a lot of sense.” Edwards wasn’t involved with this study but conducted a previous study of 216,702 Swedish women aged 15-22 years that showed use of combination or progestin-only oral contraceptives was associated with an increased risk for suicidal behavior.

She agreed with Toffol that the “much larger age range” in the new study may have played a role in showing the opposite result.

“The trajectory that we saw if we had been able to continue following the women for longer — which we couldn’t, due to limitations of the registries — [was that] using hormonal contraceptives was going to end up being protective, so I do think that it matters what age you’re looking at,” she said.

Edwards noted the takeaway from both studies “is that, even if there is a slight increase in risk from using hormonal contraceptives, it’s short lived and it’s probably specific to young women, which is important.”

She suggested the hormonal benefit from extended contraceptive use could come from the regulation of mood, as it offers a “more stable hormonal course than what their body might be putting them through in the absence of using the pill.”

Overall, it is “really lovely to see very well-executed studies on this, providing more empirical evidence on this question, because it is something that’s relevant to anyone who’s potentially going to be using hormonal contraception,” Edwards said.

They also need to be replicated in “different cohorts of women and controlled for the impact of several psychosocial stressors, such as economic upheavals, social insecurity, and uncertainty due to the COVID pandemic,” said Fiorillo, who was not involved with the research.

Nevertheless, she believes the “clinical implications of the study are obvious and may help to destigmatize the use of hormonal contraceptives.”

The study was funded by the Jane and Aatos Erkko Foundation, the Avohoidon Tsukimis äätiö (Foundation for Primary Care Research), the Yrj ö Jahnsson Foundation, and the Finnish Cultural Foundation. No relevant financial relationships were reported.