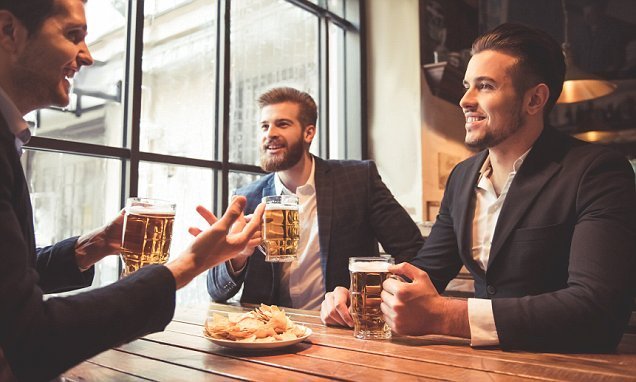 High earners are most likely to be regular drinkers: Four out of five people working professional roles had drunk alcohol in the previous week, study finds

Almost four out of five of people working in managerial and professional roles had consumed alcohol in the previous week, a report found.

This compared with only half of labourers, lorry drivers, receptionists, care workers and others classed as routine and manual workers.

Experts last night warned that the trend was yet more evidence of a ‘wine o’clock’ culture taking its toll on health. 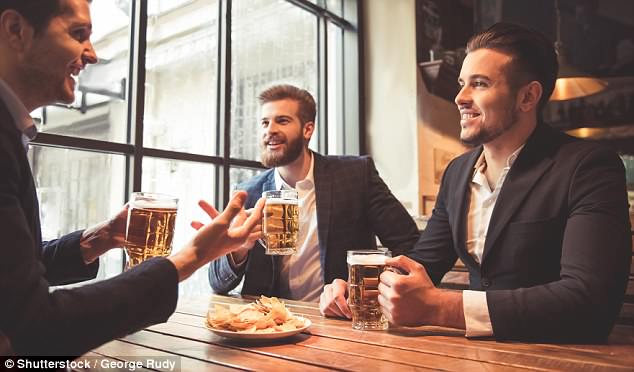 Alcohol addiction specialist Steve Clarke, based at the Priory Group’s hospital in Woking, Surrey, said it had seen an increase in middle-class professionals using alcohol to ‘de-stress’.

He said: ‘We frequently see them drinking dangerous levels to “self-medicate” for work stress. Professionals regularly drink large glasses of wine that contain three units or more without batting an eye. Then they have a second.

‘Middle-class drinkers are unlikely to pay attention to Government health warnings as they may be less likely to believe they get excessively drunk, and can withstand increases in prices.’

The report on the nation’s drinking habits, which was published as Scotland became the first country in the world to implement a minimum unit price for alcohol, found that around 57 per cent of those over 16 had drunk alcohol in the previous seven days.

England had the highest number of regular drinkers at 57.8 per cent of adults, compared with 53.5 per cent in Scotland and 50 per cent in Wales, according to the Office for National Statistics. 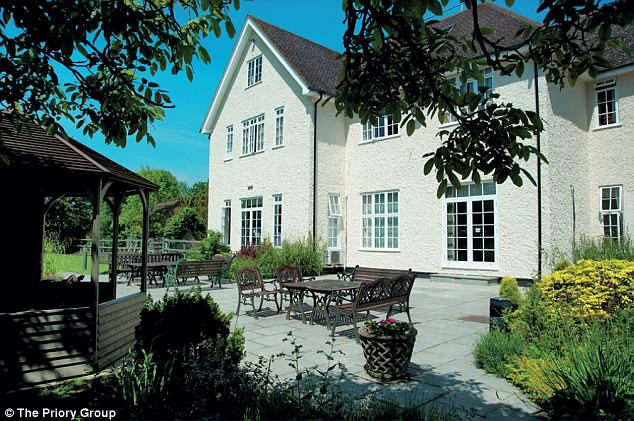 The survey showed alcohol consumption was closely linked to income and age, increasing both as people get older and earn more. Only 46.5 per cent of people earning under £10,000 had drunk alcohol in the last seven days. 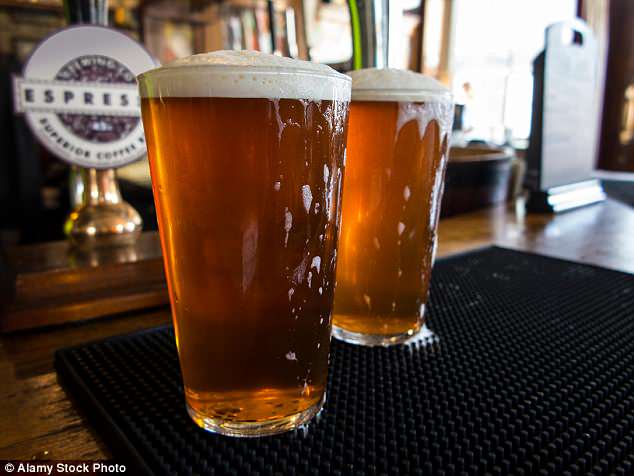 Supermarkets in England are stocking up on alcohol in preparation for an influx of Scottish drinkers following the introduction of minimum pricing.

The law, which came into effect yesterday, means alcohol cannot be sold for less than 50p a unit in Scotland.

The Scottish government said the new law would cut consumption and save lives by targeting the cheap, high-strength alcohol that problem drinkers like.

But industry experts warned that it is likely to lead to Scots going on ‘booze cruise’-style trips over the border to the north of England to stock up on cheap alcohol. Supermarkets and shops on the border have already bought extra alcohol in anticipation of a surge in demand.

The House of Malt in Carlisle has expanded its lower-range whisky in its shops near the Scottish border.

‘We are heavily expanding our lower-end line, and hoping that those who live in the Borders will come and buy from us, and we are running promotions for those who live in Scotland and are coming to visit our store,’ he said.

Baby boomers were the most likely to be drinking at higher or increasing risk levels, consuming the highest amounts over a week.Those aged 55-64 had the highest levels of drinking over the course of a week with 35 per cent consuming more than the recommended 14 units a week.

The Facebook generation – those aged 16 to 24 – were the least likely to drink of any age group. Overall, those who drank more than the three or four drinks on their heaviest day fell from 20 per cent to 15 per cent among all age groups.

While over-65s still had the highest levels of abstinence, they were the only group to show a reversing trend, falling from 29.4 per cent in 2005 to 24.2 per cent last year.

Dr Tony Rao, who specialises in substance misuse in older people at the Royal College of Psychiatrists, said the general trend of hazardous drinking among the over-45s has increased since 2005.

He said: ‘We remain ill-equipped to meet a burgeoning problem and need to examine particularly why more older people are drinking.

‘This is a problem that is likely to grow out of control unless we address the affordability and availability of alcohol.’

A spokesman for the Alcohol Information Partnership, which is funded by drinks firms, said: ‘Whilst these figures show that professionals are more likely to have drunk in the previous week than manual workers, that doesn’t mean they are drinking irresponsibly. The data shows that the vast majority of UK citizens who drink alcohol do so sensibly.’

The number of patients dying as a result of alcohol has shot up by more than 10 per cent in a decade.

Alcoholic liver disease was responsible for four-fifths of deaths, with mental health problems, pancreatitis and accidental overdoses other causes.