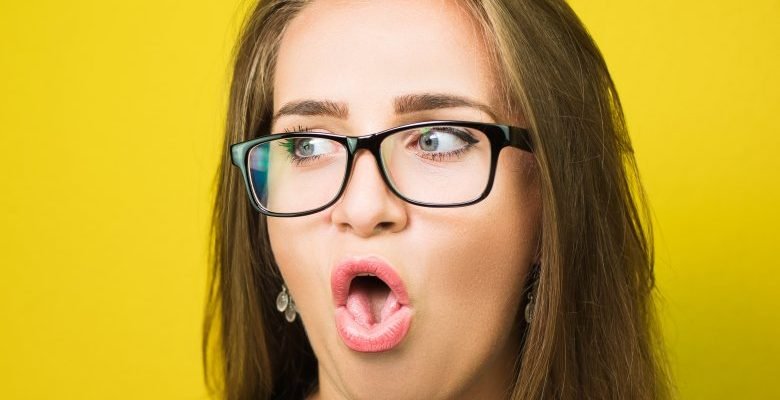 Being a human is rightly not something you think about very often, if at all. Yet and still, being a person affords some pretty cool perks that are worth considering. We have the ability to use language to communicate, we can fall in love, and we can even do exactly what you’re doing right now: contemplating what it’s like to be a human being. But that’s not to say that being a living, breathing, and thinking being is all rainbows and butterflies.

Real talk: being a human involves some pretty disgusting things too — many of them being bodily functions. Nevertheless, most of these gross functions that our bodies perform are actually great — even imperative — for our health. That’s right. From the discharge we produce (from multiple places) to the dead skin we routinely slough off, all of it is healthy.

Need more examples? Here are some of the absolute grossest things we do, and why we need to keep doing them.

Every morning, without fail, you likely wake up with either some slimy or crusty business in the corners of your eyes. As confirmed by Alana Biggers, an internal medicine physician and assistant professor at the Chicago College of Medicine, the medical term is “rheum.” Though, you may know this phenomenon as “eye boogers.” No matter what you call the gunk that forms while you’re sleeping, one thing’s for certain: it’s gross.

Often times, rheum is a yellowish color and quite thick. It starts out sticky, but, when the liquid dries out, it can become crusty. Neither form is cause for concern as this is a totally normal, albeit nasty, process. Rheum contains a variety of things from mucus to oil to debris — none of which you want building up in your eyes. While you’re awake, you’re clearing away all of these things with every blink. When you’re asleep, however, it collects in the corners of your eyes, waiting for you to clear it away in the morning.

Sweating is something that everyone experiences, but many of us get embarrassed about. And, when you think about it, having liquid seep out of your skin is a pretty weird event. Regardless, sweating is vital to our health.

Adebola Dele-Michael, a dermatologist at Radiant Skin Dermatology and Laser in New York City explained the process to Medical Daily, saying, “Sweating is the way the body and the skin protects itself from overheating. Sweating also increases the blood circulation in the body.” Juice cleanses may be all the rage, but sweating is a much better way to detox your body. “Sweat purges the body of toxins that can clog pores and plague the skin with pimples and blemishes,” said Dele-Michael.

Sweat can even prevent you from getting sick. Diane De Fiori, a dermatologist at the Rosacea Treatment Clinic in Melbourne, Australia, elaborated to Medical Daily, explaining, “Sweat contains antimicrobial peptides effective against viruses, bacteria, and fungi.” The “peptides” you produce actually insert themselves into bacteria and start breaking them down from within. So embrace those sweaty pits!

Although humans don’t exactly shed their skin as a snake would, we still get rid of, and recreate, our skin. The American Academy of Dermatology put this into prospective with some pretty incredible statistics. While we may think of our skin as a unit, it’s actually made up of many skin cells. So many, in fact, that each and every inch of our bodies contains around 19 million skin cells.

By the time you go to sleep tonight, your body will have gotten rid of around 40,000 old skin cells and, by the end of the month, all of your current skin will have been replaced with new skin. This process may sound totally creepy, but it’s an important one.

“Cells transitioning from below the skin’s surface to the topmost layer bring with them essential lipids and moisture,” Holly Sherrard, education manager for Dermalogica Canada told Best Health. You can even safely help the process along by exfoliating your skin weekly. Sherrad explained, “Exfoliating increases cell turnover to reveal newer, healthier skin cells.”

When you’re healthy, you may not be all that bothered by your body’s mucus production. When you’ve got a cold or allergies, however, you’re much more likely to notice just how gross it is to fill tissue after tissue with the gooey substance. So, what’s the deal with this phenomenon?

Michael R. Knowles, professor of pulmonary and critical care medicine at University of North Carolina at Chapel Hill told The News & Observer why this process is so vital. “Its main job is to protect the body from irritants like bacteria, viruses or allergens,” he said. Knowles further explained that mucus begins as “dry granules of mucin” when they’re first released into the airway. When an irritant, like an allergen, is present, the granule absorbs liquid and expands “a thousandfold.” Then, another bodily function takes over and “sweeps the contaminated mucus out of the airway (into the back of the throat where it is swallowed), protecting it from the irritants and infection.” Mucus, especially excess mucus, may not be a fun experience, but we really can’t continue without it.

While you could no doubt deduce that everybody who’s everybody passes gas, much research has been done to determine what constitutes normal flatulence — for real. In one particular study, doctors attempted to figure out if their patient was “extremely flatulent” or not. As part of the study, they took “a count of flatus passages” from groups of people and compared the, um, findings, between their patient and the participants. In the end, they found that fewer than 20 “passages” per day constituted as normal. All in the name of science, right?

Of course, you don’t need a medical degree to know that cutting the cheese is a part of your everyday life. But, why is it healthy? Purna Kashyap, a gastroenterologist at the Mayo Clinic who studies the gut microbiome, explained to Vox: “There are a lot of carbohydrates that we consume… that our bodies don’t have the enzymes necessary to digest,” he said. “These end up in large intestine, where microbes chew them apart and use them for energy, through the process of fermentation.” Gas, which is essentially the “byproduct” of this process, is then formed. Let ’em rip!

Just as discharge from your eyes and nose can be a totally normal occurrence, the same is also true for vaginal discharge. “Vaginal fluids act as a sexual lubricant,” Nicole Scott, obstetrician-gynecologist at Indiana University Health told Reader’s Digest. This discharge, or fluid, is generally not something over which to fret. Without it, sex would be less pleasurable and even uncomfortable.

Beyond helping us women have fun in the sack, vaginal discharge plays an even more important role in keeping us healthy. WebMD explained that vaginal fluids work to remove dead cells and bacteria, which, in turn, helps ward off infection. So, yes, your vagina is basically a self-cleaning oven.

Even if you experience some changes to these vital bodily fluids, it’s not necessarily a cause for concern. “What’s ‘normal’ will vary from woman to woman but in general discharge will be clear mid-cycle and turn white right before your period,” Scott explained. However, there is one important caveat: you’ll need to pay attention to what’s normal for you so, if it begins to change, you can report any irregularities to your gynecologist.

As the childhood story goes, “Everyone Poops.” True enough, but why does everybody poop — and why is it a good thing? John Hopkins Medicine says, “having a bowel movement is a critical part of digesting the food we eat.” As you likely know, stool, which is formed in the large intestine, is the body’s way of ridding itself of waste.

How often you go number two is up to you — well, up to your body.”The rule with pooping is there’s no such thing as normal — just normal from one person’s perspective,” Dr. Felice Schnoll-Sussman, director of the Jay Monahan Center for Gastrointestinal Health at New York-Presbyterian and Weill Cornell Medicine, told Prevention.

Of course, being regular is definitely a good thing and, likewise, having trouble in the poop department is not so good. Getting rid of waste is an absolutely necessary part of being healthy so, at some point, you’ve got to go! If you’re experiencing constipation, diarrhea, or any other bathroom difficulties, seeking out the advice of your doctor is advised.

How often do you wriggle a cotton swab into your ears to clean out your earwax? If you do it at all, you’re already doing it too much. Earwax, or “cerumen” as it is referred to in the medical community, is not a bad thing — and not something you should be trying to remove.

In an article for Harvard Health Publishing, Robert Shmerling, an associate physician and clinical chief of rheumatology at Beth Israel Deaconess Medical Center and an associate professor in medicine at Harvard Medical School, wrote of the benefits of this waxy discharge.

For one thing, ear wax “is a natural moisturizer, preventing the skin inside the ear from becoming too dry.” Ear wax also works to stop dirt and dust before they can enter into the ear canal and is able to prevent bacteria and “other infectious organisms” from getting inside your inner ears. Gross, sure, but necessary. Shmerling further explained that earwax does not equate to uncleanliness. In most instances, it’s simply a sign of having normal — and healthy — ears.

Let those sneezes out

While some likely have no qualms about sneezing in public, you may be a person who’s occasionally held back a sneeze in a quiet classroom or an important work meeting. Nevertheless, sneezing is something our body needs to do.

Neil Kao, an allergy and asthma specialist at the Allergic Disease and Asthma Center in Greenville, South Carolina, told WebMD that sneezes first begin in your nerves. Your nerves then signal to your brain that “something is in your nose that needs to come out.” While Kao said you can attempt to hold in a sneeze by pinching your nose closed and breathing through your mouth, it’s not exactly a reliable method. Plus, as Kao revealed, “Sneezing is an important part of the immune process, helping to keep us healthy and sniffle-free.”

Patti Wood, author of Success Signals: Understanding Body Language also told WebMD that just one sneeze can send 100,000 germs flying through the air. Woah. Shrek may have been talking about burps when he said, “Better out than in, I always say!” but his infallible medical advice certainly applies to sneezes — and, really, to every other gross bodily function.