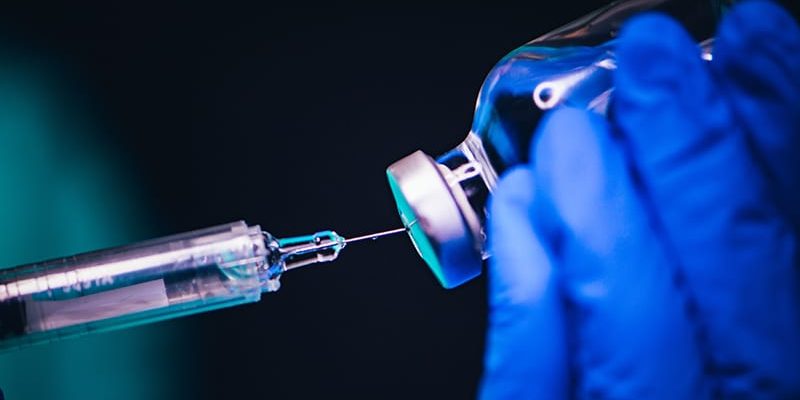 Influenza vaccination is associated with a reduced risk of stroke among adults, even if they aren’t at high risk for stroke, according to new research.

The risk of stroke was about 23% lower in the 6 months following a flu shot, regardless of the patient’s age, sex, or underlying health conditions.

“There is an established link between upper respiratory infection and both heart attack and stroke. This has been very salient in the past few years throughout the COVID-19 pandemic,” study author Jessalyn Holodinsky, PhD, a stroke epidemiologist and postdoctoral fellow in clinical neurosciences at the University of Calgary, Alberta, Canada, told Medscape Medical News.

“It is also known that the flu shot can reduce risk of heart attack and hospitalization for those with heart disease,” she said. “Given both of these [observations], we thought it prudent to study whether there is a link between vaccination for influenza and stroke.”

The study was published November 1 in The Lancet Public Health.

The investigators analyzed administrative data from 2009 through 2018 from the Alberta Health Care Insurance Plan, which covers all residents of Alberta. The province provides free seasonal influenza vaccines to residents under the insurance plan.

The research team looked for stroke events such as acute ischemic stroke, intracerebral hemorrhage, subarachnoid hemorrhage, and transient ischemic attack. They then analyzed the risk of stroke events among those with or without a flu shot in the previous 6 months. They accounted for multiple factors, including age, sex, income, location, and factors related to stroke risk, such as anticoagulant use, atrial fibrillation, chronic obstructive pulmonary disease, diabetes, and hypertension.

About 38,000 stroke events were recorded, including about 34,000 (90%) first stroke events. Among the 10% of strokes that were recurrent events, the maximum number of stroke events in one person was nine.

Overall, patients who received at least one influenza vaccine were more likely to be older, be women, and have higher rates of comorbidities. The vaccinated group had a slightly higher proportion of people who lived in urban areas, but the income levels were similar between the vaccinated and unvaccinated groups.

The crude incidence of stroke was higher among people who had ever received an influenza vaccination, at 1.25%, compared with 0.52% among those who hadn’t been vaccinated. However, after adjusting for age, sex, underlying conditions, and socioeconomic status, recent flu vaccination (that is, in the previous 6 months) was associated with a 23% reduced risk of stroke.

The significant reduction in risk applied to all stroke types, particularly acute ischemic stroke and intracerebral hemorrhage. In addition, influenza vaccination was associated with a reduced risk across all ages and risk profiles, except patients without hypertension.

“What we were most surprised by was the sheer magnitude of the effect and that it existed across different adult age groups, for both sexes, and for those with and without risk factors for stroke,” said Holodinsky.

Vaccination was associated with a larger reduction in stroke risk in men than in women, perhaps because unvaccinated men had a significantly higher baseline risk for stroke than unvaccinated women, the study authors write.

In addition, vaccination was associated with a greater relative reduction in stroke risk in younger age groups, lower income groups, and those with diabetes, chronic obstructive pulmonary disease, and anticoagulant use.

Among 2.4 million people observed for the entire study period, vaccination protection increased with the number of vaccines received. People who were vaccinated serially each year had a significantly lower risk of stroke than those who received one shot.

Holodinsky and colleagues are conducting additional research into influenza vaccination, including stroke risk in children. They’re also investigating whether the reduced risk applies to other vaccinations for respiratory illnesses, such as COVID-19 and pneumonia.

“We hope that this added effect of vaccination encourages more adults to receive the flu shot,” she said. “One day, vaccinations might be considered a key pillar of cardiovascular health, along with diet, exercise, control of hypertension and high cholesterol, and smoking cessation.”

Commenting on the findings for Medscape Medical News, Bahar Behrouzi, an MD–PhD candidate focused on clinical epidemiology at the Institute of Health Policy, Management, and Evaluation, University of Toronto, Ontario, Canada, said: “There are a variety of observational studies around the world that show that flu vaccine uptake is low among the general population and high-risk persons. In studying these questions, our hope is that we can continue to build confidence in viral respiratory vaccines like the influenza vaccine by continuing to generate rigorous evidence with the latest data.”

Behrouzi, who wasn’t involved with this study, has researched influenza vaccination and cardiovascular risk. She and her colleagues have found that flu vaccines were associated with a 34% lower risk of major adverse cardiovascular events, including a 45% reduced risk among patients with recent acute coronary syndrome.

“The broader public health message is for people to advocate for themselves and get the seasonal flu vaccine, especially if they are part of an at-risk group,” she said. “In our studies, we have positioned this message as a call to action not only for the public, but also for healthcare professionals — particularly specialists such as cardiologists or neurologists — to encourage or remind them to engage in conversation about the broad benefits of vaccination beyond just preventing or reducing the severity of flu infection.”

The study was conducted without outside funding. Holodinsky and Behrouzi have reported no relevant disclosures.

Carolyn Crist is a health and medical journalist who reports on the latest studies for Medscape, MDedge, and WebMD.