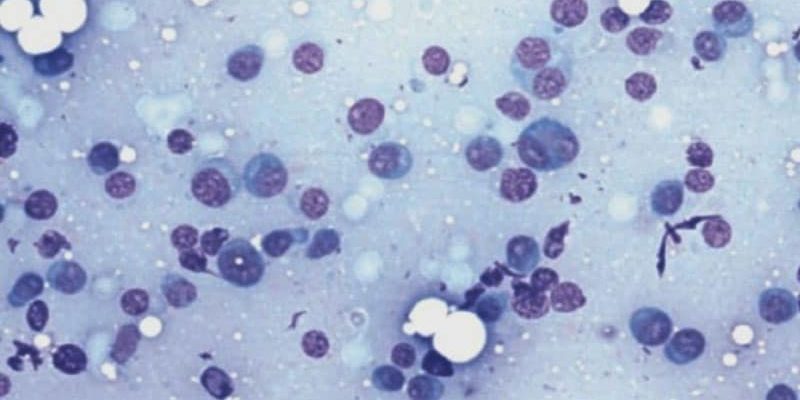 The US Food and Drug Administration (FDA) has granted accelerated approval to teclistamab (Tecvayli, Janssen Biotech, Inc.) for adults with relapsed or refractory multiple myeloma after at least four prior lines of therapy, including a proteasome inhibitor, an immunomodulatory agent, and an anti-CD38 monoclonal antibody.

The results made the case for “teclistamab as a monotherapy for eligible patients with heavily pretreated multiple myeloma, in need of new treatment options,” investigator Maria-Victoria Mateos, MD, PhD, a hematologist at the University Hospital of Salamanca, Spain, said in a June press release from drugmaker Janssen/Johnson & Johnson.

The approval was based on the phase 1-2 single arm MajesTEC-1 trial. The MajesTEC-1 findings, published in August in the New England Journal of Medicine, included 165 patients with relapsed or refractory multiple myeloma after at least three therapy lines — including an immunomodulatory drug, a proteasome inhibitor, and an anti-CD38 antibody. These patients received a weekly subcutaneous 1.5 mg/kg injection of teclistamab after stepping up from 0.06 mg and 0.3 mg/kg doses.

According to the FDA announcement, the overall response rate was nearly 62%. And the estimated duration of response rate among responders was 90.6% at 6 months and 66.5% at 9 months.

The NEJM results also indicated that almost 40% of patients had a complete response to the therapy, over a median follow-up of 14.1 months. More than a quarter of patients (26.7%) had no minimal residual disease.

The study investigators concluded that “teclistamab resulted in a high rate of deep and durable response in patients with triple-class exposed relapsed or refractory multiple myeloma.”

In a press release, Michael Andreini, president and CEO of the Multiple Myeloma Research Foundation, commented that “teclistamab is an important new treatment option for patients who have faced multiple relapses.”

The recommended dose for teclistamab is 0.06 mg/kg via subcutaneous injection on day 1, 0.3 mg/kg on day 4, and 1.5 mg/kg on day 7, followed by 1.5 mg/kg once weekly until disease progression or unacceptable toxicity.

The FDA noted, however, that the prescribing information for teclistamab comes with a Boxed Warning for “life-threatening or fatal cytokine release syndrome (CRS) and neurologic toxicity, including immune effector cell-associated neurotoxicity (ICANS).”

“Because of the risks of CRS and neurologic toxicity, including ICANS, teclistamab-cqyv is available only through a restricted program under a Risk Evaluation and Mitigation Strategy (REMS), called the Tecvayli REMS,” according to the FDA’s press release.

The overall response rate is approximately 31% with belantamab mafodotin, 67% for idecabtagene vicleucel, and 83% for ciltacabtagene autoleucel.

Pfizer also has a bispecific BCMA-CD3-targeted antibody in development, elranatamab, for triple-class refractory multiple myeloma that is expected to compete with teclistamab.

MajesTEC-1 was funded by Janssen. Mateos is a paid speaker and consultant for the company.

M. Alexander Otto is a physician assistant with a master’s degree in medical science and a journalism degree from Newhouse. He is an award-winning medical journalist who worked for several major news outlets before joining Medscape and is also an MIT Knight Science Journalism fellow. Email: [email protected]