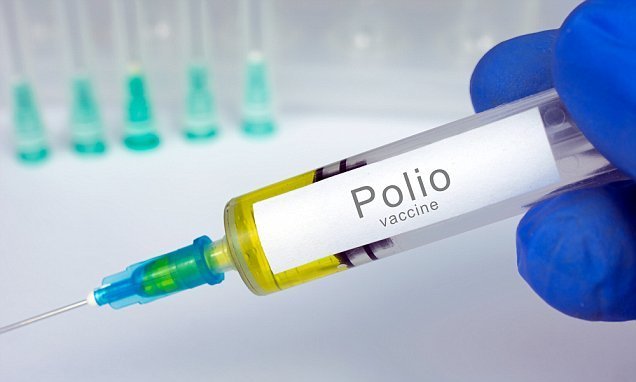 Deadly polio has been reported in Venezuela for the first time in nearly 30 years, authorities reveal

A case of polio has been reported in Venezuela for the first time in nearly 30 years, according to the Pan-American Health Organization (PAHO).

An unnamed child, with no history of vaccinations, from the poverty-ridden Delta Amacuro state has been diagnosed with the condition.

According to Dr Jose Felix Oletta, a former Minister of Health in the South American nation, the last case of polio in Venezuela was reported in 1989.

Around one in 25 polio sufferers develop life-threatening meningitis, while up to one in 100 suffer paralysis, which can be deadly if it affects their breathing muscles.

Polio has not been caught in the UK since the mid-90s, with cases falling dramatically when routine vaccination was introduced in the mid-1950s.

The World Health Organization has declared Europe, the Americas, the western Pacific region and southeast Asia as polio-free zones.

Experts previously warned diseases linked to the Victorian era, such as syphilis, rickets, gout and scarlet fever, are on the rise in the UK due to a fall in living standards and growing financial inequality. 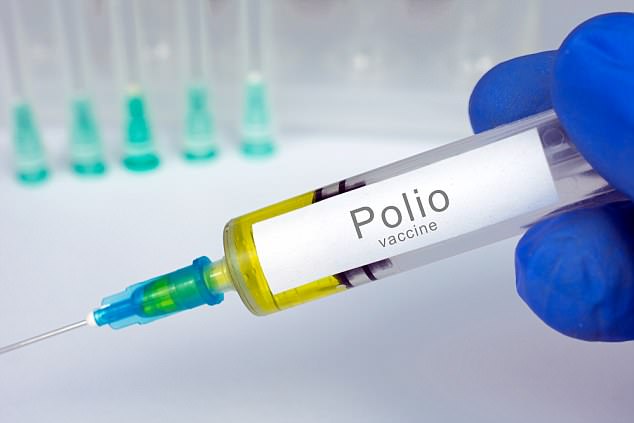 Polio is a serious viral infection that used to be common all over the world.

Most sufferers do not have symptoms and are unaware they have the infection.

For up to one in 100 people, the virus causes temporary or permanent paralysis, which can be life-threatening if it affects their breathing muscles.

Polio incidences fell dramatically when routine vaccination was introduced in the mid-1950s, with no cases being caught in the UK since the mid-90s.

Infection rates are still high in some parts of the world.

Of those who develop symptoms, these tend to appear three-to-21 days after infection and include:

These usually pass within a week, however, in less than one per cent of cases the virus attacks the nerves in the spine and base of the brain, which can lead to paralysis.

People can catch polio via droplets in the air when someone coughs or sneezes, or if they come into contacted with the faeces of an infected person.

There is no cure for polio.

In the UK, jabs are available as five separate doses as part of the NHS routine childhood vaccination programme.

Venezuela also has a measles outbreak

Dr Oletta said: ‘The virus especially affects people in conditions of malnutrition and unvaccinated, as this case.’

The medic slammed health authorities in Venezuela for taking more than a month to notify the PAHO of the polio case when they are required to do so within 24 hours.

This comes after Venezuela accounted for 85 per cent of measles cases across Latin America and the Caribbean over the past year.

Of 11 countries in those regions with a total of 1,685 confirmed measles cases, 1,427 occurred in Venezuela, a PAHO report found.

Venezuela’s authorities claim the country does not have 85 per cent of the basic medical supplies it needs to prevent such outbreaks, including vaccines.

Last April, the country’s Government launched a vaccine campaign against 14 diseases, including measles and tuberculosis.

This comes after figures reveal there have been around 1,201 suspected measles cases in England so far this year.

Dr Mary Ramsay, head of immunisation at PHE, previously said: ‘The majority of cases we are seeing are in teenagers and young adults who missed out on their MMR vaccine when they were children.’ 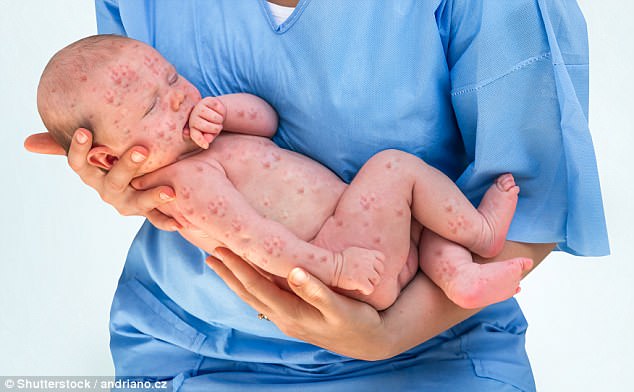 ARE VICTORIA-ERA DISEASES ON THE RISE?

Poor lifestyles are causing a surge of diseases linked to the Victorian era in the UK, experts warned in March 2017.

A fall in living standards and growing financial inequality are thought to be behind a rise in cases of rickets, gout, syphilis and scarlet fever.

Rickets, made famous by Tiny Tim in Charles Dickens’ A Christmas Carol, has increased by 39 per cent between 2009 and 2010.

The disease, which can be caused by a vitamin D deficiency, leaves sufferers with brittle bones and skeletal deformities.

Despite being common in 19th century Britain, it was all but wiped out due to ongoing improvements in nutrition.

It is thought that a fear of contracting skin cancer could be making parents overly cautious about sun exposure, putting youngsters at risk of the condition.

As well as sun exposure, vitamin D can obtained by eating foods such as oily fish, egg yolks and liver.

In January 2017, a think-tank warned rising inflation means poor families are unable to afford nutritious foods to prevent the onslaught of the disease.

The form of arthritis, caused by a build-up of uric acid, a waste product of the body, famously afflicted Henry VIII and was rife in the Victorian era.

An ‘obesity epidemic’ and ageing population is behind the rise in gout in recent times, according to the UK Gout Society.

The rising numbers of people having unprotected sex has been blamed for an increase in syphilis.

Once a death sentence, the vast majority of those infected today are curable via penicillin injections.

Figures for the sexually transmitted infection have nearly doubled in the past eight years, from 2,646 to 5,217, according to Public Health England.

Scarlet fever, which causes a rash, jumped by 198 per cent in a year (stock)

The highly contagious disease causes a sore throat, fever and rash, which can occasionally lead to pneumonia if not treated promptly.

Although fatal in the Victorian era, the disease is restricted to no more than unpleasant symptoms if treated early.