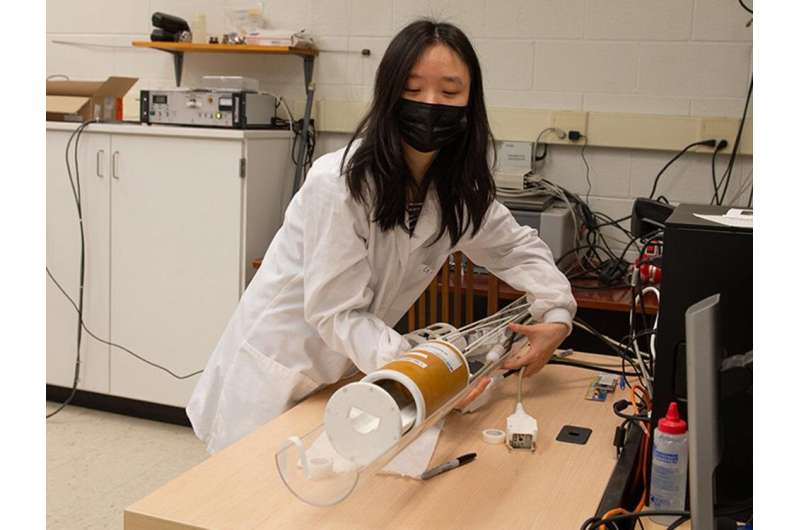 Mental health practitioners and meditation gurus have long credited intentional breathing with the ability to induce inner calm, but scientists do not fully understand how the brain is involved in the process. Using functional magnetic resonance imaging (fMRI) and electrophysiology, researchers in the Penn State College of Engineering identified a potential link between respiration and neural activity changes in rats.

Their results were made available online ahead of publication in eLife. The researchers used simultaneous multi-modal techniques to clear the noise typically associated with brain imaging and pinpoint where breathing regulated neural activity.

“There are roughly a million papers published on fMRI—a non-invasive imaging technique that allows researchers to examine brain activity in real time,” said Nanyin Zhang, founding director of the Penn State Center for Neurotechnology in Mental Health Research and professor of biomedical engineering.

“Imaging researchers used to believe that respiration is a non-neural physiological artifact, like a heartbeat or body movement, in fMRI imaging. Our paper introduces the idea that respiration has a neural component: It affects the fMRI signal by modulating neural activity.”

By scanning the brainwaves of rodents in a resting state under anesthesia using fMRI, researchers revealed a network of brain regions involved in respiration.

“Breathing is a need common to almost all living animals,” Zhang said. “We know breathing is controlled by a region in the brainstem. But we did not have a complete picture of how other regions in the brain are impacted by respiration.”

In tandem with fMRI, the researchers used neuronal electrophysiology, which measures electrical properties and signals in the nervous system, to link breathing with neural activity in the cingulate cortex—a brain region in the center of the cerebral hemisphere associated with emotional response and regulation. Using fMRI and electrophysiology simultaneously allowed researchers to tease out non-neural related fMRI signal changes during data collection, such as movement and carbon dioxide exhalations.

The findings provide insight on how neural activity and fMRI signals are linked at the resting state, Zhang said, which could inform future imaging research on understanding how neurovascular signals change while at rest.

“As the animals breathed, we measured how their brain activity fluctuated with their breathing rhythm,” Zhang said. “When extended to humans, this approach could provide mechanistic insights into how breathing control common to meditation practices may help reduce stress and anxiety.”

“When we are in an anxious state, often our breathing speeds up,” Zhang said. “In response, we sometimes take a deep breath. Or when we are focusing, we tend to hold our breath. Those are signs that breathing can impact our brain function. Breathing allows us to control our emotions, for example, when we need our brain function to alter. Our findings support that idea.”

Future studies may focus on observing the brain in human subjects while they are meditating to analyze the more direct connection between slow, intentional breathing and neural activity, according to Zhang.

“Our understanding of what is happening in the brain is still superficial,” Zhang said. “If researchers replicate the study on humans using the same techniques, they might be able to explain how meditation modulates neural activity in the brain.”