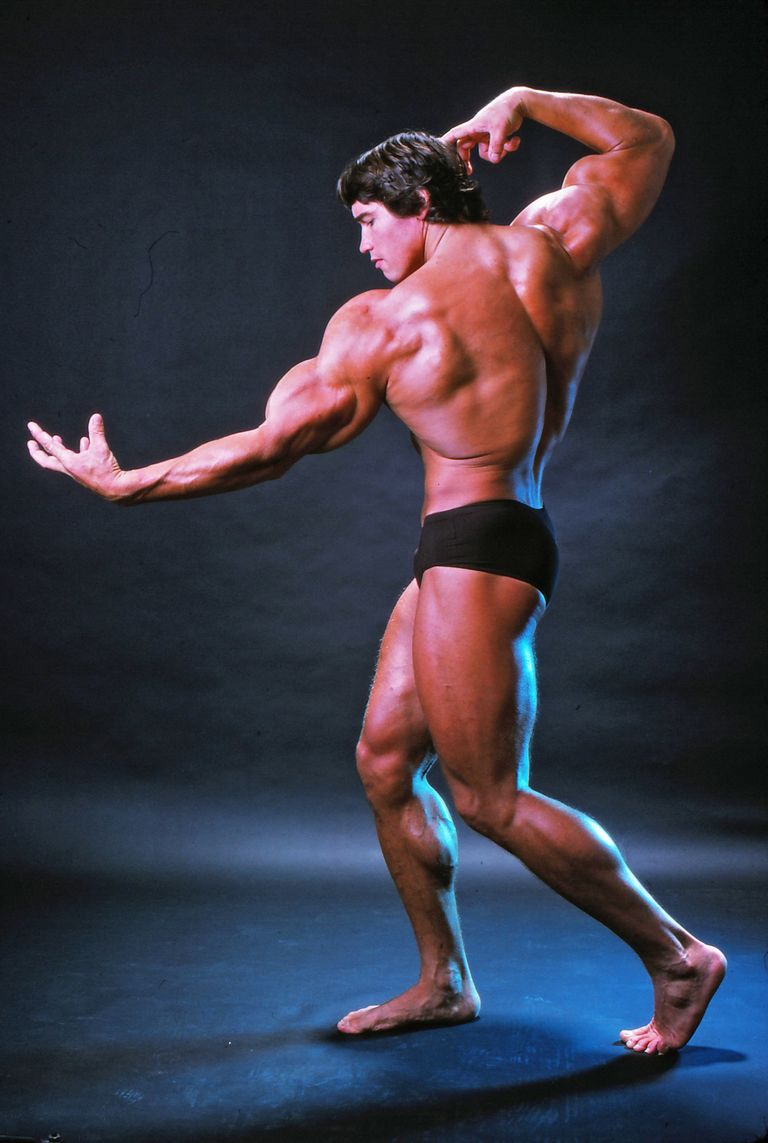 If you’re working out to get big, there’s probably no better example to follow than Arnold Schwarzenegger.

The bodybuilding icon revolutionized the sport before his movie career took off, as he racked up seven Mr. Olympia titles by the time he headed to Hollywood. You know the story from there—and it’s all thanks to Arnold’s one-of-a-kind physique, which he honed through hard work in the weight room.

So if you’re looking to build some boulder shoulders, you’ll likely feel comfortable taking a page from Schwarzenegger’s own training book. The bodybuilder’s unique twist on the overhead press is so effective at spurring muscle growth that the exercise was named after him: The Arnold press.

The move is so effective because it hits all three sections of the deltoid, the round-looking muscle that caps the top of your upper arm. “Most guys get plenty of work on the anterior (front) delts from pushups and bench presses,” said former Men’s Health Fitness Director BJ Gaddou. “But many are missing the medial (lateral) and posterior (back) heads.”

Working the medial head adds thickness and width to your shoulders, while the posterior head stabilizes the shoulder joint, improves posture, and aids the big pulling muscles during deadlifts, pullups, rows, and farmer’s walks.

Should You Risk It?

You’ll probably spur the growth you’re working toward if you add the Arnold press to your regimen—but you should be aware that the move doesn’t come without risks.

While the Arnold press does hit all three parts of the deltoid, it also taxes your shoulder joints in a manner that could put you at risk of damage down the road. Because of Schwarzenegger’s adjustment, you run the risk of shoulder impingement as you rotate the weights, and internal muscle rotation is always something worth avoiding if possible.

If you’re thinking about trying the Arnold press and you have any shoulder pain, Men’s Health Fitness Editor Ebenezer Samuel, CSCS advises that you should drop the weights and find another exercise immediately. “Focus on strengthening your mid-back muscles with Superman holds and banded external rotations, first,” he says. Once you’ve done that, hone your thoracic mobility via foam rolling and some of the thoracic spine stretches.” For a good Arnold substitute, check out Ron Williams’ video demonstrating an adjusted lateral raise.

If you insist on doing Arnolds so you can truly emulate the Governator, Samuel advises that you should be extremely cognizant of how you move the dumbbells throughout the move. Never over-rotate the weights, and be mindful that your palms never face away from each other. “If [your palms] are not fully facing front at the top of the lift, that’s okay,” he says.

When first take on the move, start out with low weights for three sets of six to eight reps at a time. Once you’ve mastered the form, try switching things up with a variety of loads, and mixing between high, medium, and low reps. Just be careful and listen to your body—massive shoulders are useless if your rotator cuff is shot.