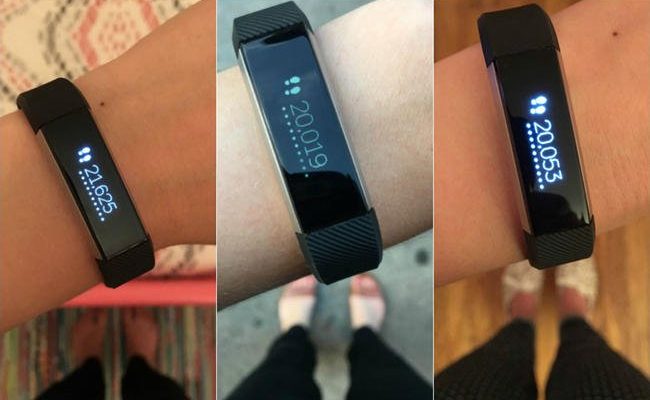 I’ve gotten 10,000 steps every day so far this year. And while that may sound like a humblebrag, I can assure you it’s not.

I hit 10K every day because I don’t have much of a choice. I live 4 kilometres from my office, which is a 20-minute drive, a 30-minute subway ride, or a 45-minute walk away. I don’t have a car, and taxis would bankrupt me in a week. The New York City subway is crowded, often unpredictable, and costs $116.50 a month. Unless the temperature is in the single digits or it’s raining sideways, walking to work is usually my best option. It’s also a guaranteed way to get 9,000 steps per day, making my goal of 10K not much of a challenge.

So after 5 months of logging the majority of my steps simply by commuting, I began to feel like I was taking the easy route. Some of my friends with Fitbits work from home, are in a car for hours each day, or are retired, and they were getting the same, if not more, steps than I was. So after months of hitting my goal without much effort, I decided to force myself out of my comfort zone. Here’s what happened when I tried to double my daily steps for a week.

I got more done in less time

Have you ever rolled your eyes at the idea of exercising as a cure for fatigue? I have, even though I’ve seen lots of evidence that exercising can actually increase your energy levels. There’s just something counterintuitive about doing a tiring activity to help you feel less tired.

Well, after this challenge, I’m no longer a skeptic. I quickly discovered that the more I pushed my body physically, the easier it was to focus. Even though I had to spend more time walking and working out during this challenge, I was able to accomplish more than usual. I crossed work assignments off my to-do list like it was nothing. I ran errands that I’d been putting off for weeks. I even read an entire book in one day! And unintentionally, I significantly cut back on my daily caffeine intake. I simply didn’t need the extra boost that a cup of coffee or, my current preference, a can of HiBall sparkling energy water can provide.

While this challenge made me more productive, it was also incredibly physically tiring—and I’m counting that as a positive. Getting 20,000 steps per day is exhausting, but it’s the good kind of exhausting. The kind of exhaustion that brings with it a sense of satisfaction. Every night during this week-long challenge, I crawled into bed earlier than usual with sore and tired muscles—and I loved it. I had pushed my body and it had kept up. I didn’t have trouble falling asleep, something I’ve struggled with in the past, because my mind and body were both ready to recharge.

I saw the sunrise

I’m not a morning person. I’ve never not had to rush out the door to make it to work on time. It’s always sounded appealing, though, to welcome the sound of my alarm in the morning.

But I didn’t have to deal with my alarm at all during this challenge. For the first time in my life, I consistently woke up before I had to. Pushing myself physically during the day meant I was tired at a reasonable hour (not well past midnight, which is typical for me), so I fell asleep quickly, and I slept soundly. Without a doubt, increasing my steps vastly improved my sleep quality. I would open my eyes in the morning, look at the time, and think, “That can’t be right.” One day, I jumped out of bed ready to go at 5 AM! I didn’t even know what to do with myself at that hour since it was still dark outside. I ended up going for a run and witnessing my first sunrise in a long time. Maybe there’s still hope for me to become a morning person after all.

I viewed the glass as half full

I believe a positive outlook is a key part of having a happy, healthy life; unfortunately, seeing the bright side of things doesn’t always come easily. All too often, the littlest thing can send me down a spiral of negativity.

On the Sunday during this challenge I did my usual routine of chores and errands. I had just gotten home when I remembered I had forgotten to pick up my dry cleaning. While my immediate reaction was to groan and beat myself up for the mistake, my attitude quickly improved when I realised I could turn the situation into an excuse to get more steps. I put my shoes back on and happily headed out the door. Obviously getting more steps is a very specific way to spin negative situations, but it was a nice reminder that it doesn’t have to take a lot of effort to be more positive.

The whole thing was way easier than I expected

Admittedly, I was never concerned that I’d be able to hit 20K each day. I’m incredibly stubborn and determined, so I knew I’d hit my goal; however, I was worried about what I would have to sacrifice to make it happen. I envisioned hours spent stuck on the treadmill or running laps in my tiny studio apartment while all my friends were having fun without me.

But, shockingly, I didn’t have to sacrifice anything. I still had time to attend social functions, stay at work late if necessary, and do a ton of reading while still getting in my 20K. It was the little things I did each day that helped me hit my goal: standing up and walking around for a few minutes every hour, taking the long way to the bathroom at work, going for an extra lap around the block while running errands. Surprisingly, the hardest part about getting more steps isn’t walking or running more; it’s having to explain to your coworkers why you’re awkwardly walking in circles in the office kitchen while your lunch heats up; or getting caught marching in place as you work at your standing desk. But my health will always come before my pride.

I’m not a fitness superstar. Even if I had wanted to just go for one long run and get all 20,000 steps at once, I couldn’t have (OK, fine, I did attempt it one day and it was a disaster). But this challenge really solidified for me that exercising doesn’t have to be a defined event. After a week of logging approximately 112 kilometres, as opposed to my standard 56, and no additional gym time, I felt fitter than I had in months. Starting each day with a goal to be more active, and fitting in steps whenever possible, can quite literally really add up.

This article originally appeared on Prevention