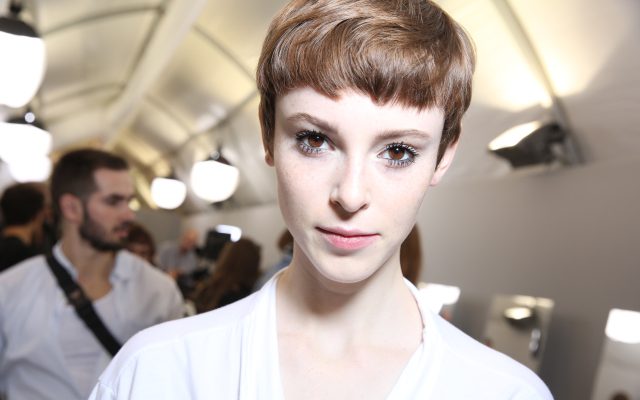 While makeup is still the largest category, skin care’s gains continue to dominate the prestige beauty market, according to the latest figures from the NPD Group.In the U.S., for the first quarter of 2018, prestige skin-care sales were up 14 percent to $1.5 billion, according to NPD. Makeup was up 7 percent, to $2 billion, and fragrance was up 8 percent, to $706.2 million.In skin care, the gains are being driven by toners and clarifiers, up 19 percent; eye treatments, up 14 percent; lip treatments, up 14 percent, and moisturizer, up 11 percent. Age specialist products grew 13 percent — up from a 4 percent decline in the year-ago period.The comeback in antiaging products is being driven by a shift in marketing language, according to Larissa Jensen, executive director and beauty industry analyst at NPD.”It’s almost like a bad word to use antiaging,” Jensen said. “The language these newer brands and products are coming out with isn’t so much about anti-wrinkle…it’s really more around environmental factors and having your best skin…that’s resonating in a big way.”Natural products, for the first time, made up the biggest category in skin care, Jensen said. The category is most affected by consumers’ escalating interest in wellness, she noted. “It is definitely going to stay — it’s an area of interest to the consumer,” Jensen said.Natural makeup and fragrance also did well, Jensen said. In 2017, she noted, natural fragrance sales outpaced artisanal. Juices were up 9 percent (they were flat in the prior-year period). Home fragrance continues to do well, with a 68 percent rise in sales for the quarter, driven by candles and diffusers.”We’re seeing a turnaround in fragrance,” Jensen said. It started in November, but has continued through Valentine’s Day, she said, and is being driven by launches. Notably, the rise in fragrance is driven by juice — not gift sets.”People are gifting differently,” Jensen said. “It’s possible that by their very nature, fragrance gift sets are the opposite of because it’s a standardized gift.”In makeup, lip gloss sales were up 19 percent, while lip color dropped 3 percent. Foundation, the largest makeup segment, saw a 7 percent gain in the quarter. Eye shadow and mascara also posted gains, of 15 percent and 10 percent, respectively, according to NPD.”The consumer is still excited about the makeup category, there are just more options for her and a variety of channels for her to purchase from,” Jensen said. That is shifting dollars away from traditional channels, she noted, shifting the conversation away from the idea of a consumer who is trading up or down with purchases or channels.”It’s not that conversation anymore,” Jensen said. “It’s the consumer shopping everywhere.”Also notable, said Jensen, is growth from bricks-and-mortar. Online growth has consistently been in the double digits, but a turnaround at retailers that have been pushing toward in-store experiences and other means of driving foot traffic could potentially mean a lift for the whole category, she said.”It’s something that has been in the works for a while, these bricks-and-mortar spaces reinventing themselves to become more relevant, so we might start to see some of that paying off this year,” Jensen said.