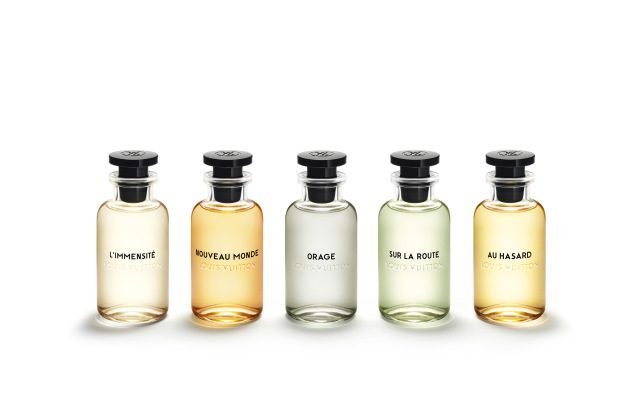 PARIS — Louis Vuitton is expanding the scope of its fragrance business with the introduction of five men’s scents and an oud perfume.“It’s really a creative endeavor,” Michael Burke, chairman and chief executive officer of Louis Vuitton, told WWD. “We don’t have a specific plan. We are being guided by our nose.”Although the fragrances come from one of the biggest players in the luxury goods industry, Vuitton’s Les Parfums collection is positioned as niche, sold only in the brand’s own stores and on louisvuitton.com.“We are not in any distribution channels. We do not have to fight for linear footage anywhere in department stores or perfume stores. We are not in duty-free shops,” Burke said. “So we are absolutely free to launch whenever the scent is ready.”While Vuitton executives would not discuss projections, industry sources estimate the perfumes will help double the brand’s sales of fragrance, first launched with seven women’s scents in September 2016, between now and their third full year on the market.Jacques Cavallier Belletrud, Louis Vuitton master perfumer, had been working on the men’s and oud scents for years. They are meant to embody olfactive explorations.The brand is introducing five multifaceted men’s fragrances. “As we did for the feminine range, we wanted to offer something different,” said Cavallier Belletrud, explaining he designed the scents as a wardrobe for men.“If you look at fashion, men are now wearing colors — blue shoes or red shoes, green suits, no ties anymore,” he said, describing it as a “big evolution” opening the door to creative disruption in fragrances, too.He called the Vuitton designers’ creations inspirational. “I can translate the colors — I can translate a mood in terms of fragrances,” the perfumer said, although he keeps in mind that fashion trends change much faster than those for scents.Freshness remains important in men’s fragrances, but nontraditional ingredients are creeping in. “I want to surprise our clients again,” said Cavallier Belletrud, adding scents should seduce, as well.A first idea was to mix ginger and amber notes. “I start from a very simple accord, very often made with three or four ingredients,” he said.The result was L’Immensité, which includes grapefruit, ginger, labdanum, ambroxan and amber notes.For another fragrance, Orage, he honed in on patchouli and iris. Altogether, there are only about a dozen ingredients in this scent, which features bergamot and Javanese vetiver fractionated in Grasse, France. “It’s the shortest recipe I ever created,” said Cavallier Belletrud. “The richness of the ingredients is making the complexity.”In the case of Nouveau Monde, which he started dreaming up in Guatemala while eating Mayan chocolate, the perfumer used saffron and oud assam, which was culled from a family-run farm in Bangladesh.“I was very happy to find this exceptional quality,” said Cavallier Belletrud. “And I mixed it with cocoa from the Ivory Coast. This cocoa is extracted in Grasse with Mane. They were able to make it soluble in alcohol. I was seeking the smell and taste of chocolate when you open the box, when you are preparing your hot chocolate in the morning.”Sur La Route blends notes of Calabrian citrus, cedar, lemon without terpenes, bergamot, freshly cut grass, Peruvian balsam, pink peppercorn and nutmeg. Au Hasard combines such notes as sandalwood from Sri Lanka, ambrette seed and cardamom.Prices range from 210 euros for the 100-ml. eau de parfum and 125 euros for its refill to 310 euros for the 200-ml. edp version and 250 euros for the corresponding refill. There are also travel cases and a miniature set in the line.The oud scent, called Ombre Nomade, stems from Cavallier Belletrud’s desire to celebrate the art of Middle Eastern perfumes. “I wanted to do pure oud oil,” he said of the fragrance, which is made of oud assam from the Bangladesh plantation plus leathery, spicy and woody accents. It can be worn alone or layered.Ombre Nomade will be priced at 290 euros for the 100-ml. edp and 445 euros for the 200-ml. version. Refills and travel sprays are also to be on offer.

Ombre NomadeThe men’s collection will be introduced in 270 Vuitton stores globally on May 31. Ombre Nomade’s pre-launch in the Middle East and the Louis Vuitton shop in Harrods in the U.K. is scheduled for May 4. The scent will then be rolled out to about 70 other Louis Vuitton stores on Aug. 3.The Les Parfums collection’s most recent women’s scent, Le Jour Se Lève, launched with a bang in March. “We sold twice as much as we thought in the first week,” said Burke, who explained each of the perfumes in the line is successful. “Every single one is a contributor.”The success is worldwide, including in Asia — especially in Japan and China. “It’s absolutely amazing, the penetration of our fragrance business in Asia is the same as any other product,” he said. “It is a worldwide adoption.“Every single scent is one of the top scents somewhere in the world,” Burke continued. “Jacques has been able to come up with a collection that truly satisfies the niche needs. We consider this niche perfume — it is not mass marketed. It’s only in a few hundred doors, which is probably the most exclusive distribution of any brand of our magnitude by far.“So that was one of the challenges — how do we, with a niche positioning, satisfy various cultural tastes around the world?” asked Burke.The scents’ names play a role. “They really represent the complexity of Louis Vuitton and the complexity of our clients today. We don’t try to reduce our clients to one experience. We try to put in a bottle experience that touches all senses. It’s all those senses that are put in motion when we take you somewhere,” he said. “I don’t think that’s a strategy. I think it’s a journey of luxury.”So what’s next for Vuitton fragrances? “We are a luxury house — we are not a pure player in anything we do,” said Burke. “We are a very well-balanced house, and so who knows what kind of bridges may occur amongst various métiers?”Cavallier Belletrud spoke of the perfume business at large. He doesn’t espouse the concept of “unisex” fragrances. “I believe in gender,” he said. “The problem is that…we fix limits, and those limits are exploding today.“I see men in Asia or even in France wearing Turbulence, which is a tuberose,” he said of a Vuitton women’s scent. “Tuberose was considered very feminine. But in fact, if you are looking at the tuberose smell, it’s a narcotic. It’s so spicy. And in Turbulence, I put some dry, ambery notes.”Cavallier Belletrud stressed quality is key in successful fragrances these days and noted a rise in florals in men’s scents. There’s also the ongoing trend for gourmand notes overall.“But maybe we are at the beginning of something else,” he said. “I see very strongly…this connection that we want to have with the earth — with all that is natural. That will probably be the next big evolution, using natural raw materials or being more figurative.”Cavallier Belletrud likened his impressions of fragrance notes with that of people. “For me, a smell is like when you are meeting somebody,” he said. “You have some people that you will remember forever, and you have some you forget just after five minutes. Ingredients are the same. The emotional shock of the smell is creating the strength of the memory.” 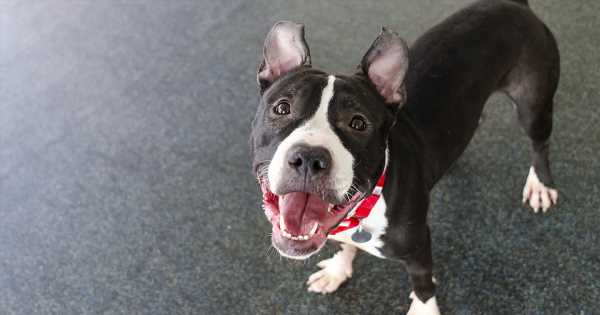