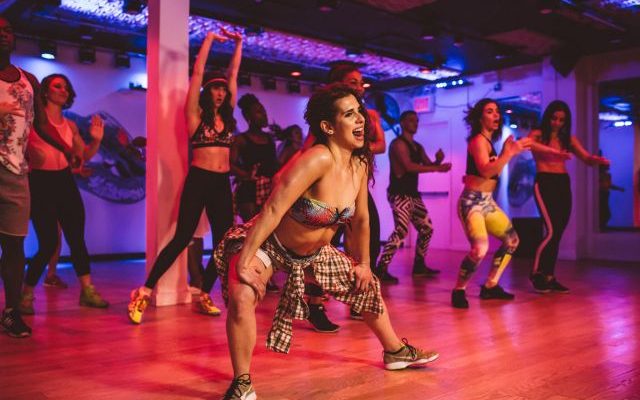 Boutique dance cardio workout 305 Fitness is looking to expand after its latest round of investment.
The company's founder and chief executive officer Sadie Kurzban announced what she referred to as a "major round of financing" in an e-mail to studio-goers the day before Thanksgiving. She did not disclose the amount of money raised, but said the round would allow the brand to grow at a "faster rate than in the past."
RiverPark Ventures, Healthyish Ventures and Sweat Equity are some investors who participated in the round.
With its new round of financing, 305 Fitness has an aggressive plan for growth, expecting to grow 200 to 300 percent annually over the next three years, driven by instructor licensing deals and studio openings. Industry sources estimate the company will do $10 million in sales for 2019.
The company operates four studios in New York, one each in Boston and Washington, D.C. and has pop-ups in Chicago, Los Angeles and San Francisco. It also offers an instructor licensee program that allows people from across the country to go through its dance instructor training and teach 305 Fitness classes in their own communities. It charges a monthly fee for its training program, and instructors are responsible for securing and paying for their own studio spaces, as well as marketing.
Kurzban founded 305 Fitness in 2014, shortly after graduating from college, with the first permanent studio location in the West Village, when the boutique fitness industry was beginning to thrive. "A lot of people say we're in a bubble now, but one of the things that gives me confidence is that we are doing well in competitive markets where consumers have a lot of options," said Kurzban.
Classes are priced at $34 each. There are three options, including 305 Cardio, 305 Flx and 305 PWR — high-intensity, rhythmic dance cardio, flexibility and strength and conditioning — but dance cardio is at the core of the company's ethos.
Kurzban called 305's customer base, which leans toward Millennial and Gen Z females as "sticky." "Our customer is unique in loyalty and dedication," she said. "It's not a 'I do Barry's on Monday' type of person."
The next phase of growth for 305 will consist of opening studios in key markets and expanding the instructor licensing program — 100 instructors in several states, including California, Tennessee, Arizona and New York have already signed on. "The model is that a dancer in Kansas City pays $350 for weekend training, gets certified…they can then return to their community and pay us a $40 monthly fee, and in exchange we'll give them choreography, DJ mixes and business training," said Kurzban, who noted that instructors pay their own studio fees through this model.
Kurzban called 305's studio atmosphere "inclusive" and noted that one of its key differentiators is that it is easy to follow. "If you've ever been to a bar mitzvah, it's more like a motivational dancer than choreography," she said. "You can learn it easily in five minutes — it makes it easy to move together."
Dance is fairly underrepresented in the boutique fitness market, and most studio chains in the space are fronted by a famous, celebrity trainer, such as Tracy Anderson, Body by Simone and AKT.
Investment in boutique fitness studios has been happening for a few years, particularly as consumers display interest in specialized fitness routines like barre, cycling and kickboxing over general gym memberships. Recent boutique fitness deals include TSG Consumer Partners' acquisition of CorePower Yoga in March.

💎 This is one of our very first OG 305 choreo songs and now we’re bringing it back in rotation 🔥🌶🔥 a major #tbt 💪 who else likes this one?! . 🎶 The Cataracts ft @luciana – Big Dipper 💃 @glitterbombgirl 🎥 @ohneville . #305fitness #makesweatsexy