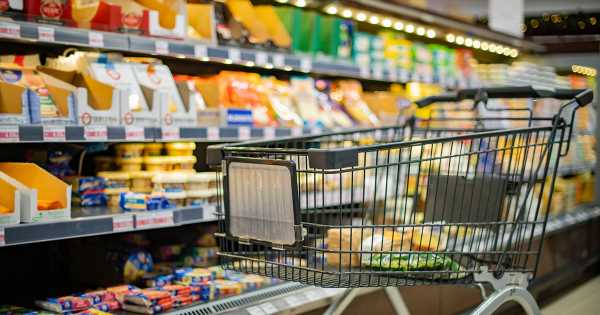 Did You Know? There is very little government oversight when a company claims their food products meet certain welfare standards, like “free-range” or “humanely-raised.” But, with the USDA’s recent announcement, that is about to change.

After consulting with the ASPCA and other advocacy groups, the U.S. Department of Agriculture (USDA) recently announced long-sought reforms to rein in the use of unregulated animal welfare-related terms by food producers and help level the playing field for farmers. Those reforms include:

The USDA’s announcement details the agency’s plan to limit the power of the biggest meat and poultry companies that are dominating the marketplace, such as Tyson and JBS. The massive influence of these companies harms animals, farmers, workers, consumers and the environment, all of which have been largely powerless to stop industrial agriculture’s destructive and cruel practices.

One of the key failures that has deceived consumers and allowed inhumane factory farming to dominate our food system is the USDA’s label-approval process. It currently allows companies to put misleading terms, such as “pasture-raised,” “natural” and “humanely-raised” on products that, in reality, come from factory farms.

The USDA either does not define, or only very vaguely defines, many of these commonly used animal welfare claims. Instead, it allows companies to set their own parameters for their use, verified only by a signed affidavit from the company confirming that they meet their own standards. As a result, grocery store shelves are filled with factory-farmed food bearing seemingly meaningful and positive claims. In addition to deceiving customers, these products unfairly compete with and disadvantage truly higher-welfare farmers legitimately using the same claims.

In order to ensure animal welfare claims actually meet consumer expectations, the ASPCA and our allies have urged the USDA to update its food-label approval guidelines to require meaningful animal welfare certifications. Doing so will finally set a baseline for these highly-valued animal welfare claims—closing existing loopholes, allowing fair competition and greatly reducing the likelihood that well-intentioned consumers will be fooled into buying a factory-farmed product.

The ASPCA looks forward to working with the USDA in the coming months to create new labeling guidelines with strong verification requirements to ensure animal welfare claims paint a more truthful picture for shoppers, benefit farmers who are raising animals more humanely, and support efforts to provide farmed animals with better lives.

We need your help! Join our Factory Farming Task Force, and we can work together to create a more humane and transparent food system.