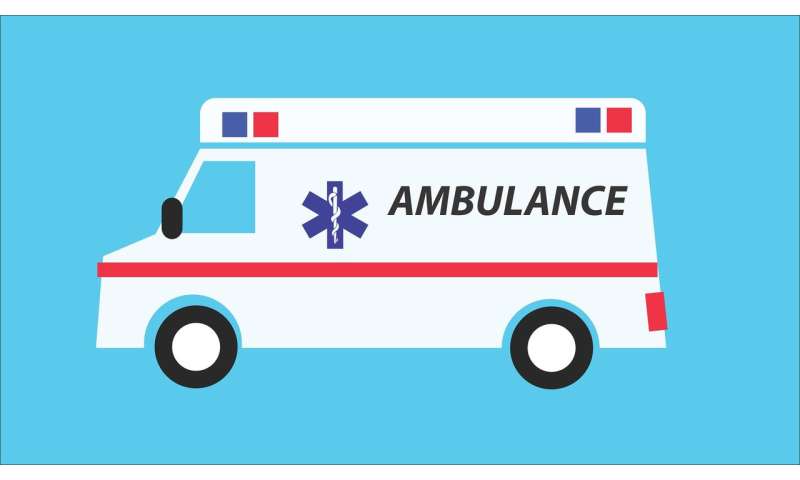 Dr. Gary Andolfatto didn’t anticipate that furthering his pain management research would become a personal mission—but he didn’t expect to injure himself either.

On a sunny, snowy day in December 2015, the emergency room doctor took his bike for a spin in the forest, fell and broke his femur and then dragged himself for almost four hours until he found a park ranger who called an ambulance.

“I got in the back of the ambulance and asked, ‘So what painkillers do you guys have for me?'” he recalled. “And the answer was essentially, nothing.”

Over the course of the agonizing 45-minute trip to the hospital, Andolfatto heard an attending primary care paramedic’s frustration with only being able to offer nitrous oxide for pain, particularly during hours-long transports in rural areas.

“In the back of the ambulance is when I designed the study,” Andolfatto said. “That was a ‘change the world’ moment for me.”

Andolfatto, a clinical assistant professor in the department of emergency medicine in the UBC faculty of medicine and researcher with the Vancouver Coastal Health Research Institute, embarked on a research study to find a solution.

His findings were published recently in the Annals of Emergency Medicine.

In the study, Andolfatto and his colleagues found that when ketamine is added to nitrous oxide and administered as a nose spray, it provides clinically significant pain reduction and improved comfort.

Between November 2017 and May 2018, 120 patients who were suffering with acute pain were given nitrous oxide, as per existing paramedic protocols. Half of the 120 patients also randomly received intranasal ketamine and half received the placebo, saline solution. Neither the paramedic nor the patient was told which had been administered.

Individuals who received ketamine along with the nitrous oxide experienced a clinically significant reduction in pain at 15 minutes and 30 minutes after administration. Comfort was most pronounced at 15 minutes. While the majority of patients reported mild dizziness and a feeling of unreality, their levels of satisfaction were higher than those who received the placebo.

He hopes to see more quality assurance studies comparing ketamine and nitrous oxide with the current practice of nitrous oxide only.

“We now have the science to show us that it can be used effectively and safely by primary care paramedics,” Andolfatto said. “Now it’s time to allow primary care paramedics to start using it and doing the quality assurance piece to ensure it provides a real benefit, is financially feasible and won’t potentially be abused.”

Ketamine, which has previously gained notoriety for being an animal tranquilizer that’s popular with ravers, is the most commonly used anaesthetic worldwide because it doesn’t hamper breathing.

“If I gave too much morphine, someone could stop breathing and die,” Andolfatto said. “With low-dose ketamine, the risk of doing serious harm is zero, the technology is simple and cheap and the level of training is negligible. There are many reasons why it makes sense for this to be used more widely in an ambulance setting.”