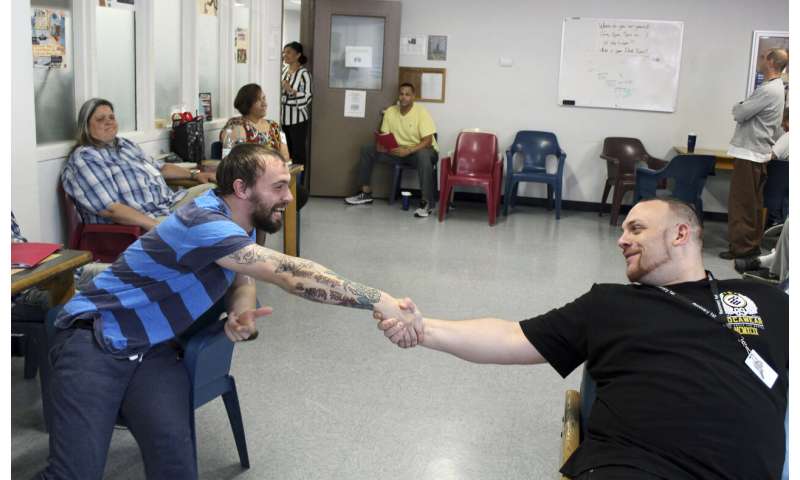 As western Massachusetts struggles with a dramatic spike in fatal overdoses, officials are embracing a controversial solution: sending men who have not committed any crimes to jails and prisons for court-ordered addiction treatment.

Hampden County Sheriff Thomas Cocchi has designated a wing of his jail for the treatment of men civilly committed for substance abuse reasons. It’s the only facility in western Massachusetts housing the men, and just one of three in the entire state for men.

While some are trying to end the practice, Cocchi and his supporters—including local mayors and lawmakers—say the jail’s year-old Stonybrook Stabilization and Treatment Centers is key to curbing the opioid problem in the county, which includes the former manufacturing cities of Springfield and Holyoke.

Fatal overdoses surged more than 80% in Hampden County from 2017 to 2018 even as they declined statewide for the second straight year in 2018, according to state data.

“People coming into our program are angry, violent and sick,” Cocchi said as he and other officials celebrated the program’s anniversary earlier this week. “They are at the end of the road, and their families have recognized that if they don’t intervene, they might not survive.”

But the civil rights group Prisoners’ Legal Services of Massachusetts has sued the state in an effort to end the use of jails and prisons for forcibly treating men with addiction. 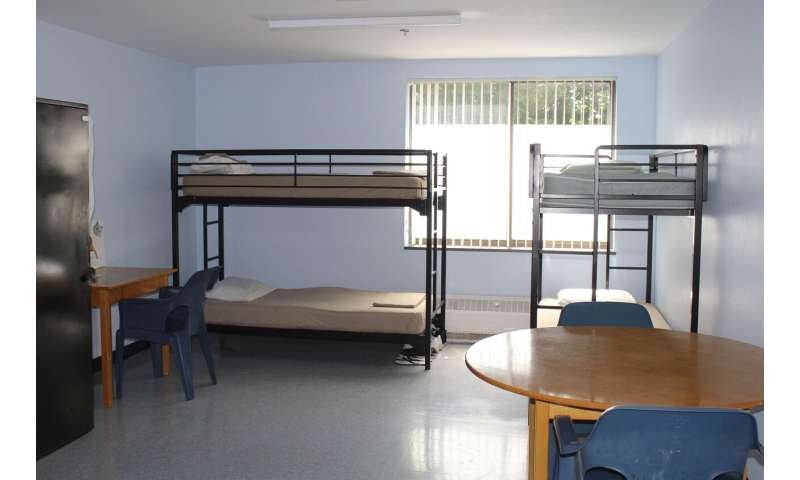 The class action lawsuit was filed in March on behalf of 10 men who complained of poor conditions and mistreatment at another civil commitment program run out of a state Department of Corrections prison.

A state commission has also recently recommended ending the practice of sending civilly committed men to jails and prisons, as the state did for women three years ago, following a similar lawsuit. Women are now sent to substance abuse treatment facilities run or contracted by public health agencies, as most civilly committed persons are in other states.

“This should not be a choice between prison or nothing,” said Bonnie Tenneriello, a staff attorney with Prisoners’ Legal Services. “Why are we giving money to a sheriff to run treatment programs rather than funding civilian treatment?”

Under state law, family members can ask a judge to order their relatives into treatment if they’re unwilling to go voluntarily and are deemed a danger to themselves or others. 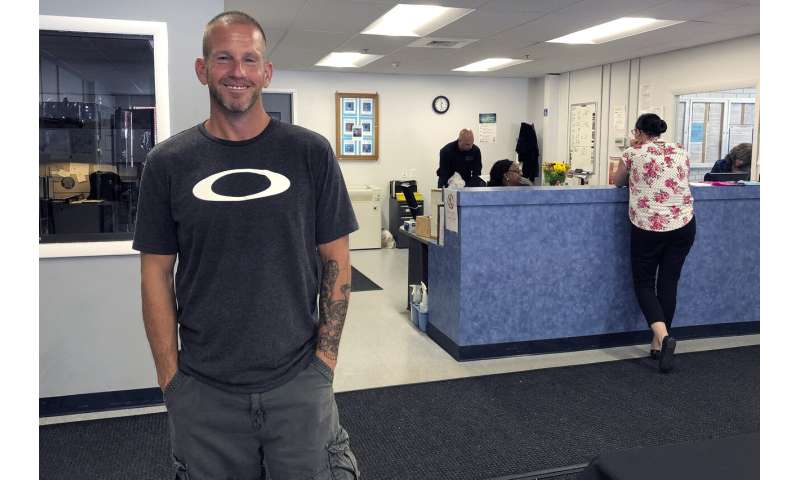 At least 35 states have such civil commitment laws, but Massachusetts is just one of a handful where it’s widely used, The Associated Press found last year.

Tenneriello and other opponents say forcing people into jails and prisons for treatment only reinforces the stigma around addiction. And studies, including the state’s own research , also suggest forced treatment largely doesn’t work and could raise the danger of overdose for those who relapse after treatment. 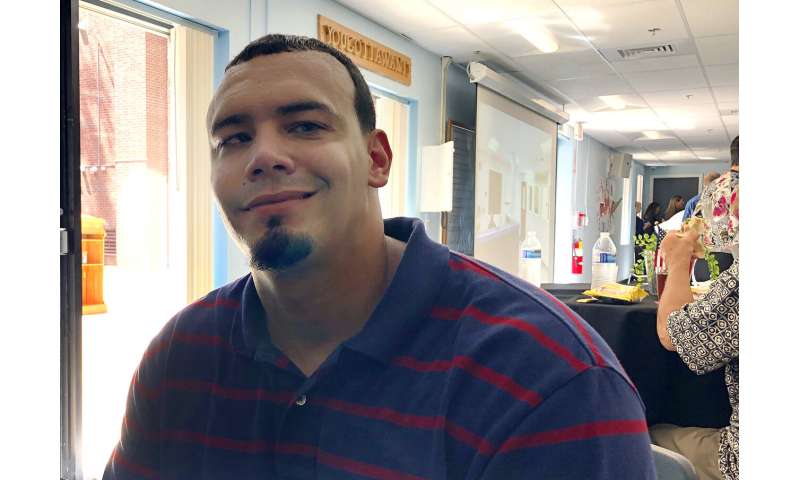 “Yes, it’s a jail setting. There are corrections officers walking around,” said Keith Molyneux, a 40-year-old recovering from heroin addiction who was among the first to complete the program last year. “But they’re more committed to helping you here than to actually being a correctional officer. You definitely feel like they’re there to help.”

After a few weeks of detoxing at the jail, most are eventually transferred to a less secure facility located off-campus in a converted nursing home. There, the men can wear civilian clothes and are housed in rooms that are larger and more dorm-like. 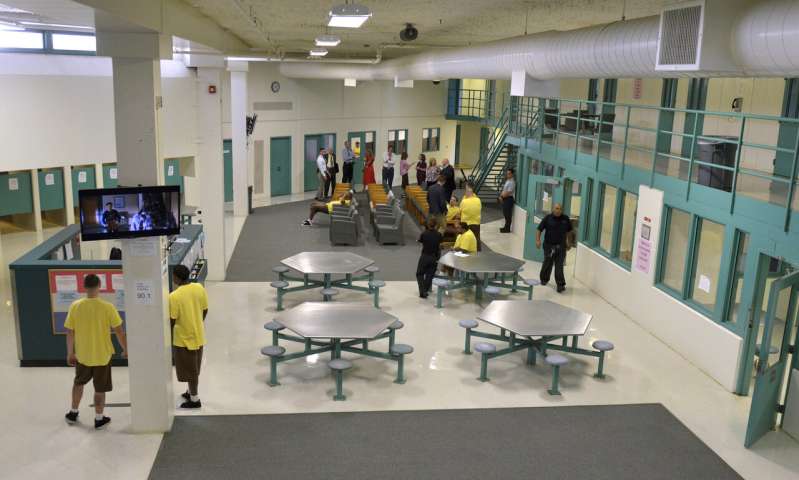 Since opening last May, more than 850 men have gone through the program, staying 47 days, on average—weeks longer than they do at the state’s other two facilities.

The longer stays increase the odds that the men will stay sober, Cocchi said. So far, less than 5% have had to be recommitted, though two fatally overdosed after leaving the program.

Lawmakers, meanwhile, have committed $1 million to the program in the current state budget, proving the effort has strong support, despite its detractors, he said.

“Let us continue doing what we’re doing,” Cocchi said. “No one else is doing this work out here, but we’re doing it, and we’re doing it well. Why shouldn’t we be applauded and supported?” 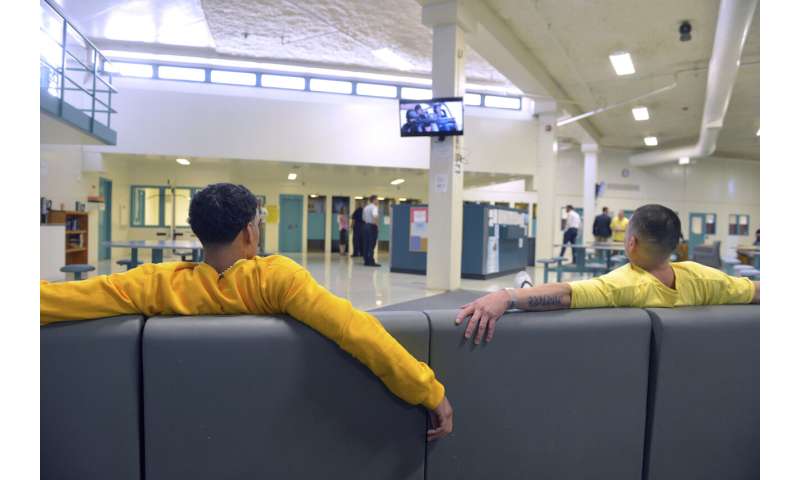