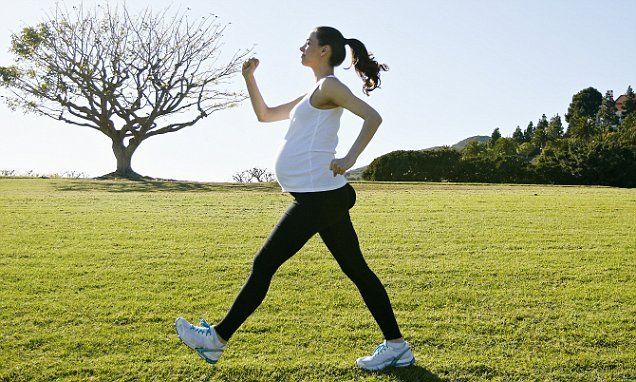 Just 4 hours of vigorous exercise each week can boost a woman’s chances of getting pregnant (and for overweight women a 10 minute walk is all that’s needed!)

Women wanting to start a family should take part in four hours of vigorous exercise each week, a new study suggests.

Scientists discovered that 240 minutes of intense physical activity can boost fertility in all women with a history of miscarriages.

But, when the researchers broke down the differences in results between women of different weights, they uncovered striking results.

They found overweight women only need a regular 10 minute stroll to boost their chances of becoming pregnant by around 80 per cent within six cycles – and didn’t need to take part in vigorous exercise. 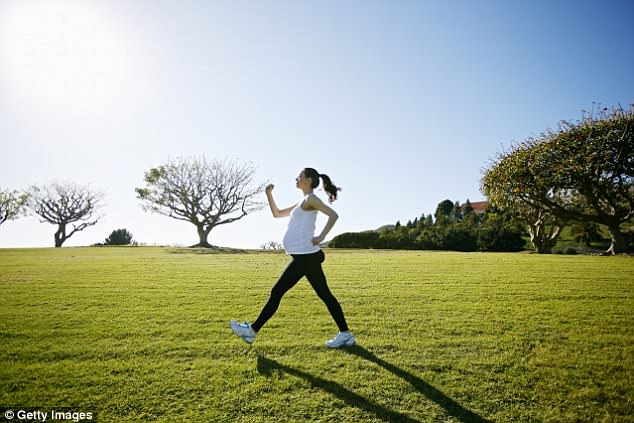 However, experts at the University of Massachusetts Amherst admit they don’t know why – but believe it could be because exercise has an effect at the molecular level.

They claimed the results offer evidence of the benefits of exercise for those women attempting pregnancy – especially walking among those with higher BMIs.

Professor Brian Whitcomb, study co-author, said: ‘We were happy to be able to add scientific evidence to general recommendations about physical activity.

‘This is especially true for the results about walking for even limited blocks of time.’

He continued: ‘Walking has great potential as a lifestyle change because of its low cost and availability.’

How was the study carried out?

All of the 1,200 women in the study were followed over the period of six menstrual cycles while attempting to have a baby.

The participants, who were aged between 18 and 40, had all also endured at least one miscarriage.

The researchers wanted to discover how exercise could improve the women’s fecundability – their ability to become pregnant within a certain time frame.

WHAT ARE OTHER WAYS OF IMPROVING YOUR PREGNANCY CHANCES?

Your diet and exercise: being overweight or underweight can affect your chances of conceiving. Your weight is healthy if your body mass index (BMI) is between 20 and 25.

Alcohol and smoking: The Chief Medical Officers for the UK recommend that if you’re pregnant, or planning to become pregnant, the safest approach is not to drink alcohol at all, to keep risks to your baby to a minimum.

Complications and getting help: If you’ve been trying for a baby for more than one year without success, see your GP for advice.

What did they find?

They found among overweight women, walking for 10 minutes at a time was linked to an 82 per cent higher chance of becoming pregnant. However, there was no significant difference for skinny women.

The effects of vigorous exercise for four hours

In a secondary analysis, the researchers noted all women who exercised for at least four hours each had a 69 per cent higher success rate.

Professor Whitcomb said: ‘Lifestyle is definitely relevant to these outcomes because it can have an effect at the molecular level.

‘What we eat and what we do are potential factors we can change to shape our health.

‘So this sort of research is important because it helps provide information on the things people can actually do something about.’

No relationship between other types of physical activity

There was no overall relationship between most types of physical activity and the likelihood of becoming pregnant for any other types of exercise.

Professor Whitcomb said: ‘We don’t know what to make of the finding that high intensity physical activity may have different biological effects than walking.

‘But our study doesn’t offer enough detail to get at why vigorous activity would work differently than other levels.’

The researchers say physical activity is related to other behaviours and lifestyle factors. Women who do more may be different in many ways.

In the UK and the US, more than half of pregnant women are overweight or obese, according to figures.