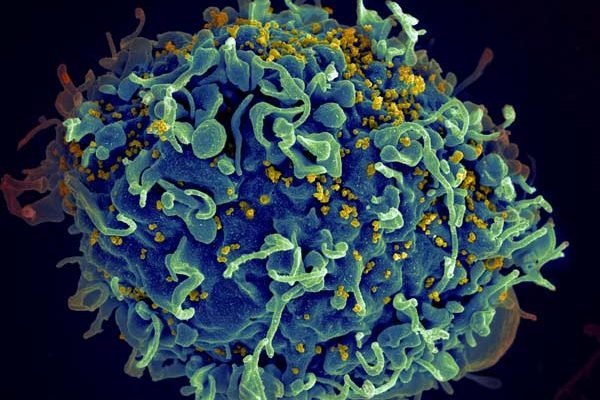 Thanks to advances in the development of anti-retroviral therapy (ART), patients with HIV are living longer than ever before. And yet, even in patients on very effective, long-term ART, HIV persists, requiring patients to take antiviral medication life-long. It’s thought that the virus establishes a “persistent reservoir” of infected cells that can survive almost indefinitely. A new study by investigators at Brigham and Women’s Hospital explores how the virus gets this foothold, identifying cellular survival programs that become activated in infected cells, and providing a potential target for future therapy. Their results are published this week in Immunity.

“Our work shows that these HIV reservoir cells upregulate anti-apoptosis molecules (molecules that are otherwise expressed in cancer) that maintain their long-term survival,” said Mathias Lichterfeld, MD, Ph.D., of BWH’s Division for Infectious Diseases. “These findings point to clinical strategies that may reduce persisting viral reservoirs.”

In collaboration with a group led by Steve Carr, Ph.D., from the Broad Institute of MIT and Harvard, Lichterfeld and colleagues used quantitative liquid chromatography-tandem mass spectrometry (LC-MS/MS)-based proteomics to take a detailed look at the proteins that were increased in cells infected with HIV. They found that BIRC5 and its partner OX40 were both involved in these cells’ long-term survival.

BIRC5, also known as “survivin” is part of a family of molecules involved in cell death. It is naturally expressed in stem cells during embryonic development but generally turned off in adult cells. One exception to this generality is cancer: cancer cells frequently turn BIRC5 back on and its presence is associated with resistance to chemotherapy. The new study shows BIRC5 may also help HIV-1-infected cells to escape cell death, and contribute to the ability of viral reservoir cells to persist for decades despite effective antiretroviral therapy.