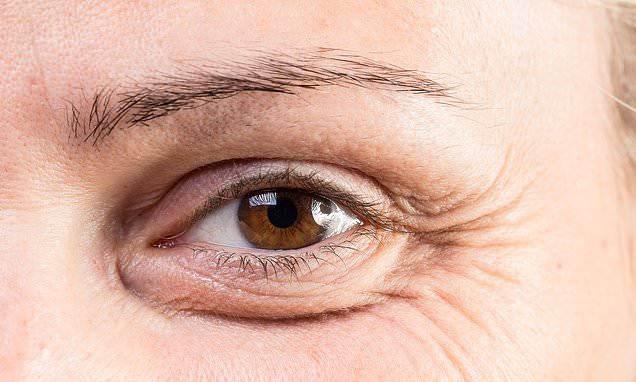 Gene injection to stop sight loss in ageing eyes: New breakthrough could lead to less unpleasant treatments for some of the 600,000 people affected by AMD in the UK

A virus that turns the eye into a drug factory is being harnessed to tackle a leading cause of sight loss, age-related macular degeneration (AMD).

Scientists are using a harmless virus to piggyback a gene into the eye, where it instructs it to produce its own supply of a sight-saving substance.

The breakthrough could lead to new, less unpleasant treatments for some of the 600,000 people affected by AMD in the UK. The condition occurs when the macula, part of the retina at the back of the eye involved in sharp, central vision, becomes damaged.

People with the condition lose their central vision — they can see a clock’s outline but can’t tell the time, for instance, and lose the ability to recognise people’s faces. It is usually diagnosed by a routine eye examination, and first signs often occur in people in their 50s and 60s.

The cause is not known, although it’s been linked to smoking, high blood pressure, obesity and a family history of the condition.

There are two types of AMD: dry and wet. Dry is the most common form — the result of a build-up of a fatty substance called drusen at the back of the eyes. 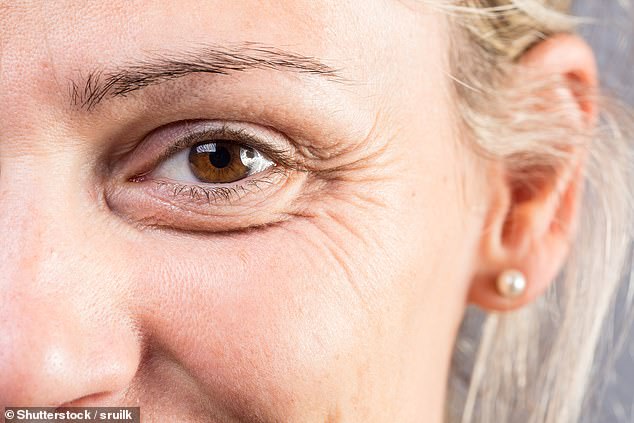 Scientists are using a harmless virus to piggyback a gene into the eye, where it instructs it to produce its own supply of a sight-saving substance

The wet type, which accounts for 15 per cent of cases, is triggered by vascular endothelial growth factor (VEGF), a compound that stimulates the growth of new blood vessels needed for healing, such as after an injury.

Wet AMD triggers the growth of abnormal blood vessels underneath the retina. These are prone to breaking, in turn leaking fluid and blood into the retina which leads to swelling of cells in the retina and a loss of vision.

While dry AMD usually develops slowly, over many years in some cases, the wet form can begin and worsen in weeks, even days.

There are ways to tackle wet AMD — prompt treatment is vital to prevent further damage — but they can be gruelling.

Drugs including aflibercept, a protein that blocks the action of VEGF, have to be injected into the eye for life. This needs to be done frequently, as often as once a month.

These jabs can be painful and cause bruising around the eye (rare complications include cataracts and infection). Around half of patients stop treatment within two years, according to a 2021 review in the journal Ophthalmology.

Developed by U.S.-based company Adverum, it is a form of gene therapy. It involves injecting a virus containing the genetic code for making aflibercept into the eye. The virus acts as a vehicle to carry the genes into the eye. 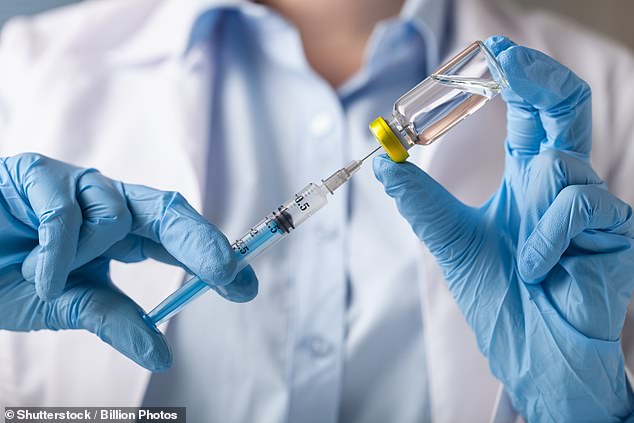 These jabs can be painful and cause bruising around the eye (rare complications include cataracts and infection). Around half of patients stop treatment within two years, according to a 2021 review in the journal Ophthalmology. A stock image is pictured above [File photo]

The genetic code then instructs cells in the eyes to make the protein, allowing the eye to treat itself.

Data from an ongoing U.S. trial, reported at the American Academy of Ophthalmology’s annual conference showed a 93 per cent reduction in damaging fluid levels in the eyes after the injection.

Another trial involving 36 patients at 14 U.S. hospitals is looking at the treatment for a different eye condition, diabetic macular oedema, caused by a build-up of fluid in the macula, which is the most frequent cause of sight loss in people with diabetic retinopathy, a common complication of type 2 diabetes.

Commenting on the treatment, Gwyn Williams, a consultant ophthalmologist at Singleton Hospital in Swansea, said: ‘Wet AMD is a huge public health problem. Gene therapy-based treatments such as this are exciting and are at the absolute cutting edge of scientific understanding. It will be interesting to see the results of the trial.’

Daytime music could help you sleep at night

Lying down twice a day and listening to music can be a successful way to treat insomnia.

In a new trial at Woosong University in South Korea, around 100 people with insomnia were given music therapy or no treatment, and had their symptoms measured before and after the study.

Treatment involved lying down two to three times a day, for around 30 minutes per session. Results showed the music group went to sleep in half the time it took the others to nod off, and one in four was ‘cured’ of their insomnia.

Music is thought to help sleep by lowering the heart rate and relaxing the body. The overall success rate was 96 per cent, according to the Journal of Healthcare Engineering.

Keeping warm in winter may lower the risk of eczema symptoms, suggest doctors at Shanghai Dermatology Hospital in China.

They studied 34,000 patients with the skin condition — which affects more than 12 per cent of children and adults in the UK — and found that symptoms (such as dry, itchy and sore skin) increased by 32 per cent when temperatures dropped to near freezing.

Eczema also worsened if there was a 10 per cent drop in humidity, the doctors reported in the journal Dermatology. Both cold air and a fall in humidity can dry out the skin, causing eczema to flare up. 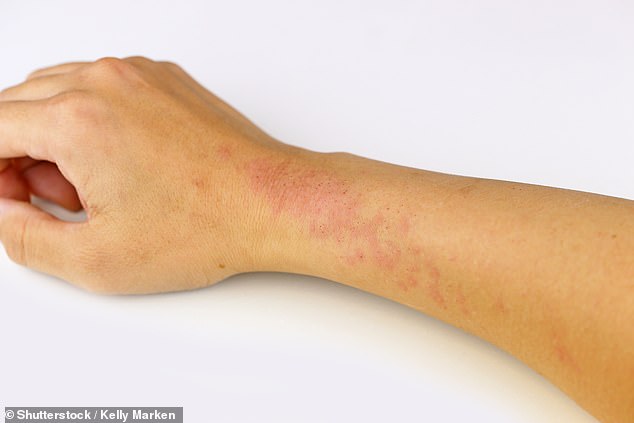 Keeping warm in winter may lower the risk of eczema symptoms, suggest doctors at Shanghai Dermatology Hospital in China

Women who have sex less than monthly are more likely to experience early menopause than those who do so weekly or monthly, researchers at University College London discovered.

The findings suggest ‘if there is no chance of pregnancy, then the body “chooses” not to invest in ovulation, as it would be pointless’, they said.

Gout may increase the risk of developing age-related macular degeneration (AMD) by 20 per cent, according to a study published in the International Journal of Environmental Research and Public Health.

The findings were based on the medical records of two million people. It’s thought inflammation associated with gout, a form of arthritis, may be responsible. 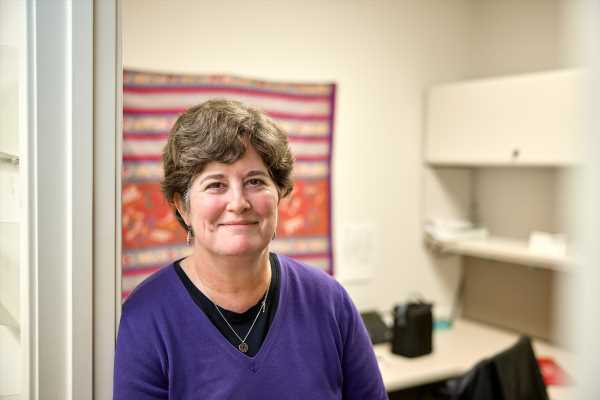