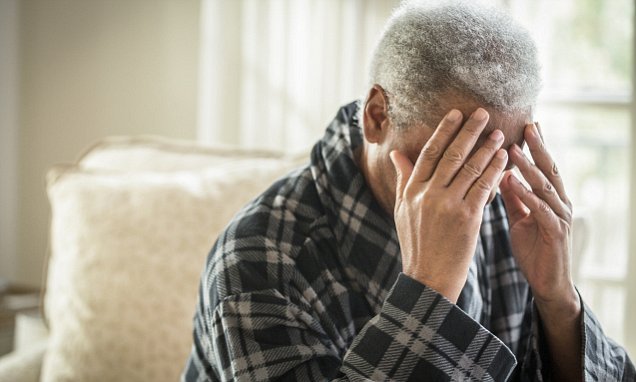 Scientists have discovered that switching a single protein ‘on’ or ‘off’ can control learning and memory formation.

For more than five million Americans who struggle with Alzheimer’s, adapting to changes around them or even recalling new facts can become so difficult that they cannot live independently.

In experiments in mice, researchers at Bradford University and Georgia State University discovered that by simply changing one aspect of the Arc protein, they could dramatically change the animals’ aptitude for learning.

If the same can be replicated in humans, this newfound control center for learning could offer a target for future therapies to prevent memory loss. A single protein is key to learning flexibility which allows us to solve problems. Changes to this protein may be a key to the difficulty Alzheimer’s patients have trying to learn new information

Though we often refer to dementia as ‘memory loss,’ much of what make it debilitating is not the loss of memories themselves, but of the ability to form memories.

For many of the 5.7 million Alzheimer’s patients in the US, the disease affects the episodic memory first.

This is that type of memory that helps us recall where we put our keys and what happened to us over the course of the day.

Family members of dementia patients also often start to notice that their loved ones struggle to solve otherwise simple problems.

For the patients, it is as though the gears are turning but not quite locking up well enough to make anything happen as they try to work out a strategy for how to put together a puzzle, or answer a logic question.

A healthy brain relies on short-term memory and learning to take on these tasks.

In that brain, learning looks like a circuit switched on and then rapidly switched off, as if to close the loop and make sure all the new information is captured there.

These ‘loops’ are made up of synaptic connections – electrical links between neurons.

And, according to the new study, the Arc protein is the traffic controller that tells opens and closes the circuit.

When a learning period ends, the Arc protein switches off very quickly, which, it turns out, allows the brain to capture information, like clapping a lid onto a jar as soon as a firefly has flown in.

Dr Angela Mabb of Georgia State University, who co-authored the research said: ‘It’s scary to think that the abnormal removal of one single protein [Arc] in the brain can cause this type of altered behavior.’

To establish this, the scientists genetically modified one mouse so that its Arc protein turned off slowly. They compared its ability to navigate a maze to that of a mouse with a normally-functioning Arc protein.

Both mice could find their ways out of the maze. But when the researchers changes the course’s layout so that the escape hole had a new location, the mouse with the slow off-switch on its Arc protein could not adapt and figure out what had changed.

This is essentially because the altered mouse was unable to change its strategy due to ‘inflexibility’ in its learning.

‘We are currently conducting new experiments in the lab to look at this more closely with the goal of identifying novel drug targets for neurological conditions like Alzheimer’s disease, which are known to have cognitive inflexibility,’ said Dr Mabb.

Study co-author Dr Sonia Correa from the University of Bradford, said: ‘These findings show that activity of a single molecule controls a critical aspect of learning and memory process, which is the ability to reverse a learning task.

‘Remarkably, this molecule is not implicated on the learning process itself, but rather on the reversal learning.

‘As such these findings give us hope to develop specific therapeutic drugs aimed to delay deficits in reversal learning that is believed to cause the early loss of memory that occurs in ageing and neurodegenerative diseases.’