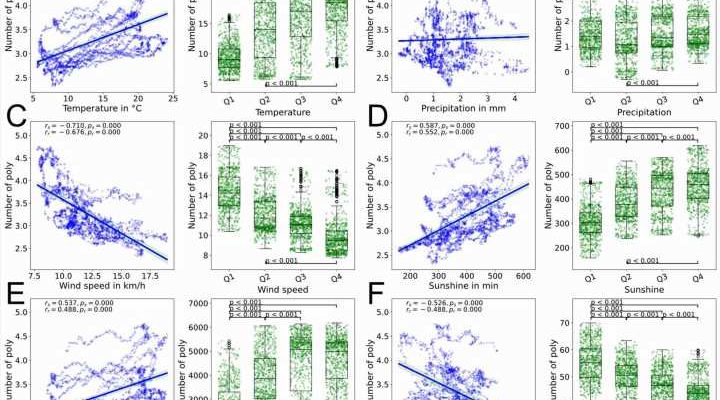 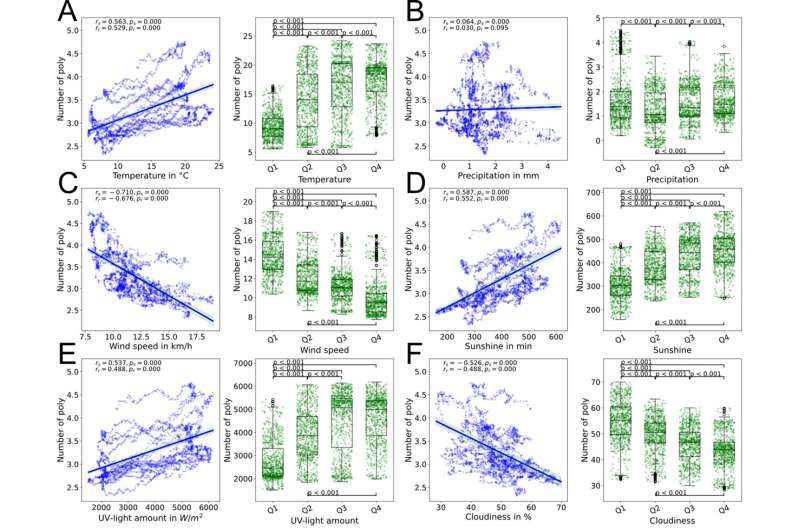 Using a decade of weather and CT imaging data, researchers have identified specific weather conditions that are associated with the number of whole-body CT scans performed on polytrauma patients. The results of the new study will be presented today at the annual meeting of the Radiological Society of North America (RSNA).

“Trauma accounts for a large portion of hospital admissions, and since polytrauma is particularly time-consuming and unpredictable, we wanted to investigate the association between weather fluctuations and the number of polytrauma CTs performed at our hospital,” said study co-author Martin Segeroth, M.D., a radiology resident in the Department of Radiology and Nuclear Medicine at the University of Basel in Switzerland.

Patients who suffer polytrauma sustain multiple traumatic injuries at once and typically require a whole-body CT that includes at least the chest, abdomen and pelvis. The exam requires a radiologist to provide an immediate reading and possible follow-up imaging and interpretation.

The researchers’ dataset included 4,613 polytrauma CT scans performed in the Emergency Department of the University of Basel between 2011 and 2020. The median age of patients was 57 years, and 66% were male.

Statistical analysis of the weather and imaging data revealed that hotter weather with more sunshine and UV light, less wind and fewer clouds was associated with a higher volume of polytrauma CTs. Colder, windier, cloudier days with less sunshine and less UV light correlated with fewer polytrauma CTs. More polytrauma CTs were performed at the hospital in the summer months (April through September) compared to the winter months (October through March).

“Many hospital admission rates, most notably those for respiratory and cardiovascular disease, are linked to weather variations,” Segeroth said. 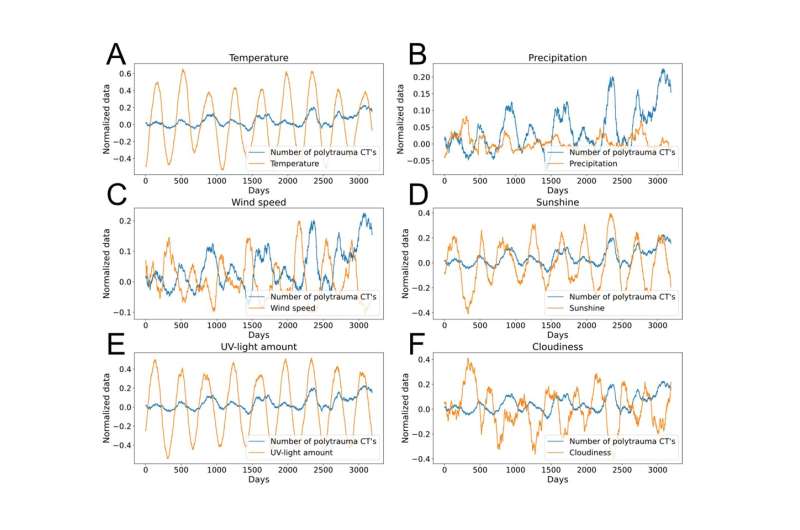 “These results imply that our model could predict a higher-than-normal demand for polytrauma CT scanning on 253 days of a calendar year,” he said. “The amount of cloud cover and temperature were the most important parameters for predicting daily polytrauma CT occurrence.”

The exact relationship between hotter weather and the increase in trauma cases remains unclear.

“One speculation is that in the summer, people are engaging in more outdoor activities—for instance sports—whereas in winter people are less often outside,” Segeroth said. “Although we don’t have an explanation for it, we’ve observed a strong association.”

Segeroth said the hospital is considering creating a dashboard on its intranet to alert staff when above-normal volumes of polytrauma CTs are expected.

“Our results demonstrate that it’s possible to partially forecast normal or above normal daily numbers of polytrauma CT volume based on weather data,” Segeroth said. “Any approach that helps us be more prepared for polytrauma patients would improve resource planning in the ER and Radiology Department.”