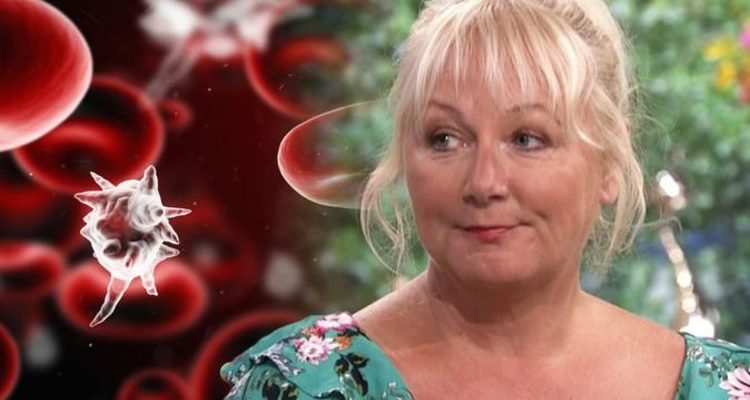 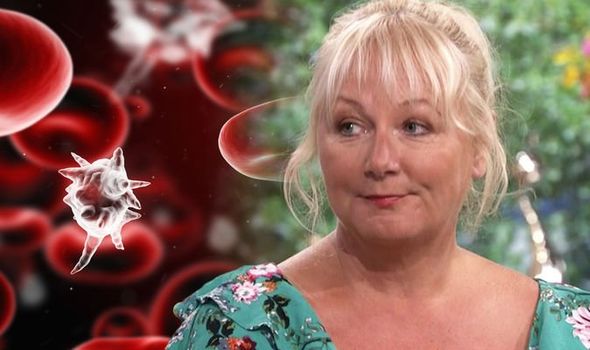 Sue Cleaver, 56, contracted sepsis in July this year after developing a kidney infection. Revealing she suffers with irritable bowel syndrome (IBS), the Coronation Street star thought she was just having a flare-up. Sue was at work when her symptoms began. On the hottest day of the year, she was sat with a hot water bottle, and it was when someone spotted her blue-coloured feet that she decided she needed to go home and rest.

I was in pain and freezing cold

Speaking about story on ITV’s This Morning, Sue said: “I was in pain and freezing cold.

“I went home after lunch and got into bed with socks, leggings and a dressing gown.

Sue’s partner thought something wasn’t right with her shaking and temperature being 39.9C, and after ringing his daughter, a paramedic, she advised Sue get to the hospital immediately.

Sue said: “I didn’t know I had sepsis until the next day when I was in the ward.”

Sepsis is an overwhelming response to an infection in the body. 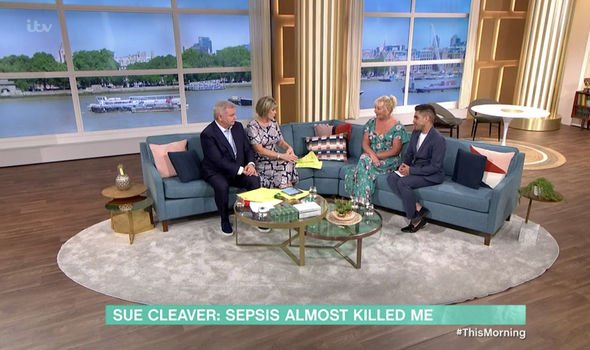 A huge 50,000 people in the UK contract sepsis every year, and 120 people a day die from the condition.

One of the biggest problems is recognising the symptoms of the condition as often they’re underlying.

Sue said: “We stride on through life, we have commitments, we put up and get on with things, but that’s a big mistake.”

TV doctor Dr Ranj Singh advised the earlier you treat sepsis the better the outcome is, so spotting symptoms of the condition is crucial.

The symptoms can be remembered with the word sepsis. 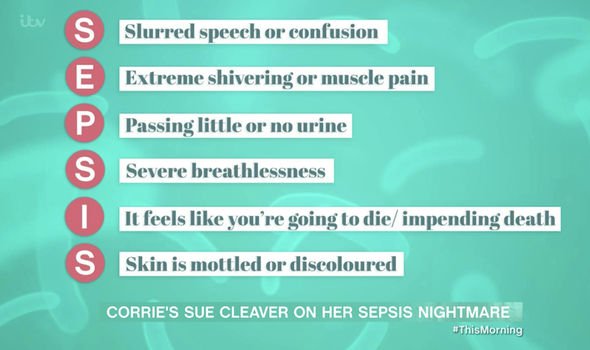 P – passing little or no urine

I – it feels like you’re going to die/impending death

S – skin is mottled or discoloured

Sepsis needs treatment in hospital straight away because it can get worse quickly.

The NHS explains: “You should get antibiotics within one hour of arriving at hospital.

“If sepsis is not treated early, it can turn into septic shock and cause your organs to fail. This is life threatening.”

Recovering from sepsis can take time, but two months on Sue said she was feeling like her old self.

Dr Ranj urged: “If you have an infection and you’re unwell then you need to pick up the phone and ask ‘could this be sepsis?’”

Sue has opened up about her health in the past, revealing she has type 2 diabetes.