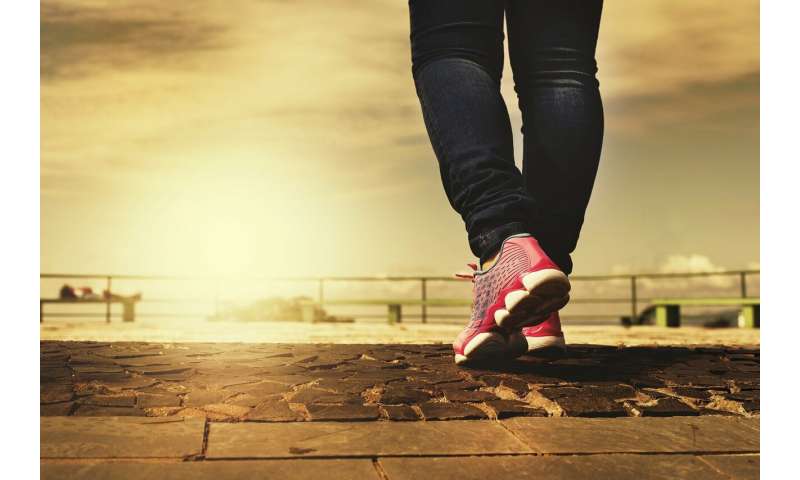 In the first study to look at objective measures of sedentary behavior and cancer mortality, researchers from The University of Texas MD Anderson Cancer Center found that greater inactivity was independently associated with a higher risk of dying from cancer. The most sedentary individuals had an 82% higher risk of cancer mortality compared to the least sedentary individuals. An accelerometer was used to measure physical activity, rather than relying on participants to self-report their activity levels.

“This is the first study that definitively shows a strong association between not moving and cancer death,” said Susan Gilchrist, M.D., associate professor of Clinical Cancer Prevention and lead author of the study, published today in JAMA Oncology. “Our findings show that the amount of time a person spends sitting prior to a cancer diagnosis is predictive of time to cancer death.”

“Conversations with my patients always begin with why they don’t have time to exercise,” said Gilchrist, who leads MD Anderson’s Healthy Heart Program. “I tell them to consider standing up for 5 minutes every hour at work or taking the stairs instead of the elevator. It might not sound like a lot, but this study tells us even light activity has cancer survival benefits.”

This study involved a cohort of participants from the nationally representative REGARDS study, which recruited more than 30,000 U.S. adults over the age of 45 between 2003 and 2007 to study long-term health outcomes.

To measure sedentary behavior, 8,002 REGARDS participants who did not have a cancer diagnosis at study enrollment wore an accelerometer on their hip during waking hours for seven consecutive days. The accelerometer data was gathered between 2009 and 2013. After a mean follow-up of 5 years, 268 participants died of cancer. Longer duration of sedentary behavior was independently associated with a greater risk of cancer death.

“From a practical perspective, this means that individuals who replaced either 10 to 30 minutes of sedentary time with either LIPA or MVPA had a lower risk of cancer mortality in the REGARDS cohort,” Gilchrist said.

The study had several limitations, including a potentially healthier participant sample compared to the full REGARDS cohort and a lack of site-specific cancer data, including type of tumor and treatment.