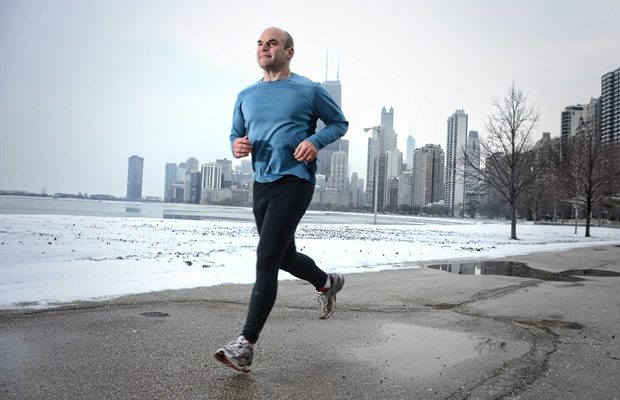 The study sample included 601 African Americans, Afro-Caribbeans, European Americans and Hispanic Americans ages 59 to 96 living independently. While prior studies have addressed the question of factors influencing older adults' physical activity levels, none have employed the large range of instruments/tools used in this study or included older adults from multiple ethnic groups.

Results of the study, published in the journal Geriatrics, showed that age, education, social network, pain and depression were the five factors that accounted for a statistically significant proportion of unique variance in physical activity in this diverse, community dwelling older population.

A secondary analysis examined factors associated with calculated MET-h/week (ratio of the rate at which a person expends energy relative to the mass of that person). Findings showed the strongest correlation to MET-h/week was with depression.

Four of the five significant predictors of physical activity in the older adults we studied are at least partially modifiable. For example, social network, depression and pain can be ameliorated by physical activity."

Researchers found that pain was associated with less time spent being physically active. What is not clear is whether older adults understand that sedentary lifestyles can promote and/or worsen some types of pain and physical activity can help to reduce pain or whether this knowledge alone is enough to motivate them to become more active.

"Education may be key both in helping older adults with depressive symptoms understand that physical activity can help reduce their symptoms and in helping them to identify the types of activity that they may find enjoyable," said Tappen.

Study findings suggest that many of these factors could be addressed by designing and testing individual, group and community level interventions to increase physical activity in the older population. Researchers recommend education on the effect of activity on common sources of pain such as arthritis or back pain and encouraging health care providers to write a "prescription" for a daily walk or a workout for those with depression. In addition, community outreach to isolated older adults, improving the walkability of neighborhoods, repairing sidewalks, adding trails and making these areas safe to walk and work out are other interventions to help increase physical activity in the older population.

"Partnerships among local senior centers, low income housing developments, places of worship, YMCAs and health care providers are crucial in developing tailored multi-faceted programs for physically inactive older adults, especially those experiencing pain and/or depression," said Tappen. "These programs can provide health-related education pertinent to the identified medical issues such as pain and depression and assist participants in meeting other participants and in developing specific physical activity-related goals, which are known to be associated with sustained involvement."